I'm afraid that is utter nonsense.  I have been with VM for over 15 years with the same phone, email etc.  It's just an easy excuse they've invented rather than fix the issue.

I also have a written complaint notification COM104277836.  This is nearly 1 month old.  Last week I actually spoke to someone who said that the complaints team would get back to me, with yet another reference 120112664.  Guess what - no follow up.

HughJarsse
Knows their stuff
6,087 Views
Message 62 of 440
Flag for a moderator

'Last week I actually spoke to someone who said that the complaints team would get back to me, with yet another reference 120112664.  Guess what - no follow up.'

Did you really expect them to 'get back to you'??

This is VM we are talking about here...

the fabled words 'someone will get back to you' are just LIES, because they are 'script' words with no other purpose than to get you off of the line, because they are NOT INTERESTED in you and your problem, only in getting you to sign a contract so they can extract money from you, and from then on, you are of no use to them at all... they will repeatedly ignore you, talk B/S to you, and cut you off, so they don't have to deal with you..  FACT!!

This thread has been running for almost 6 months, and STILL no 'action' to 'fix' the problem.. last 'staff' post was 2 weeks ago.. (and that one just repeated the previous 'scripted' one too..) Shows just how much VM  'CARES' about the customers who actually  PAY THERE WAGES!!

WhyDidIChoose
Tuning in
6,078 Views
Message 63 of 440
Flag for a moderator

The explanation made sense to me as it explains why my wife receives texts and I don't.

Your situation blows it out of the water.

I had the same issue on my iPhone. I could not receive confirmation text messages (OTP) from Amazon, Paypal, my bank etc.

I read somewhere that this was related to iPhones, particularly if you recently received a new sim card, or changed to 4G, which was the case for me. What I ended up doing was go to settings->general->reset->reset network settings....and that seems to have fixed it. The only annoying thing is that you will lose all your network settings (wifi etc), but that is probably a small price to pay.

Unless I was lucky and VM fixed something in the meantime, it may be worth trying this if you own an iPhone in case it also works for you. 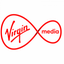 To allow us to further investigate this matter we do need some further details. If you are having issues receiving One Time Passcode Messages please send a private message to the 'ModTeam' account using the heading 'Unable to receive OTP', and the following information;

Please only send this information through private message, do not post this here.

Once we receive your message, the examples will be passed over to our support team for further investigation. We will then update this thread with any examples.

I have done this but suspect it is simply another avoidance ploy!
1 Kudo
Reply

HughJarsse
Knows their stuff
5,950 Views
Message 67 of 440
Flag for a moderator

'Once we receive your message, the examples will be passed over to our support team for further investigation. We will then update this thread with any examples.

Considering this was reported in JULY...... there are now SEVEN pages of people having this problem.......THREE times 'mods' have come on here stating '

'Our support team are investigating this issue and we will update this thread with any progress.

And NOW, we are being asked to provide information, (again, having done so twice already) for 'further investigation' despite assurances from Beth_G in AUGUST that  'We don't currently have any further updates I'm afraid, but rest assured our support teams are working hard to provide a fix'.

'Working so hard' that in DECEMBER they STILL don't appear to have a clue, and are AGAIN asking for the information already supplied over the last 5 months' so they can 'further investigate'!!!!.......Beggars belief...

As Del boy would say, 'This time next year Rodney, we'll still be being asked for information so they can investigate'

To date, I have raised TWO complaints regarding this, and have complaint numbers for both, yet...despite promises to 'contact me', over a month later, not heard ANYTHING...

VERY quick to remove the cash from your account each month, yet unable to actually provide the service you are paying for..

HughJarsse
Knows their stuff
5,949 Views
Message 68 of 440
Flag for a moderator

I have done this but suspect it is simply another avoidance ploy!

OTP stopped working for me about two months ago. Banks, Amazon and more importantly Verified by Visa.  I have complained online and emailed the CEO  but the situation hasn't changed.  This is also happening to my partner - we both have iPhones.

I think it's time to escalate this, I was trying to get an online shopping delivery of groceries as we are trying to avoid public spaces and couldn't as the OTP from Verified by Visa didn't arrive.  I am now literally having to put my life at risk going outside because Virgin can't get their act together.

I am suggesting people affect join with me to escalate to the industry ombudsman (Virgin are not part of the industry standard - Communications Ombudsman) https://www.cedr.com/consumer/cisas/  If people are agreeable I will arrange a case with them and give the d reference details here.

This complaint I see is well over the 8 week time period before customers can escalate an issue. We seem to be getting absolutely nowhere with Virgin.

12:00 pmThe team will then confirm everything with you and will discuss this with you in more finer detail.

Alternatively, you can email the team at cisas at cedr.com

Essentially if you have made your complaint and it is not resolved after 8 weeks you can ask for a deadlock letter:-

"we cannot expedite the process and we need to allow the agent to respond within 8 weeks or received a documented letter which is known as the "Deadlock Letter" for you to refer your complaint to this redress scheme. If they fail to assist you or fail to complete the complaint process during these times you can visit again this chat box and we will assist you with the complaint."

Email Virgin with your original complaint ref (hope you kept it or copy of your original email), asking for the Deadlock letter, if they don't send one and it's after 8 weeks you can and should complain to cisas at cedr.com

I'm keeping my details and will be taking action as soon as my formal 8 weeks are up. If you do make a complaint and they give you a reference it may be worth posting it here so we can all quote it/them back to CISAS.