I've noticed SKY released an update for the Sky Q late 2021 which resolved 99% of issues. 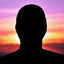 I had Sky Q around 18 months ago and it was fine then.

Wow this thread is still live.

12 months on since plugging in the V6 box the problem still hasn't been fixed. Incredible.

Upon returning to the U.K. in 2018, after spending 14 years working and living in Australia, I opted for Virgin’s TiVo offering as I had had TiVo in Australia and really enjoyed the interface and functionality. I have two V6 boxes and both of them worked just perfectly with my Panasonic 65” (lounge) and 40” (bedroom) TVs. My large TV has the SC-ALL70T soundbar, with two SC-ALL2 surround speakers connected to the bar by Wi-Fi. My smaller TV has a smaller Panasonic soundbar, with accompanying wireless subwoofer. BOTH of these setups have worked perfectly since day one with the V6 boxes and TiVo

Then came January this year, and, while negotiating contract renewal with Virgin, I was put onto the ‘new, amazing, exciting’ TV360 that is supposed to make finding and streaming 4K content seamless and easy.
My lounge V6 box was the first one I upgraded and it went through the process just fine. It also worked perfectly afterwards, with no audio synchronisation problems at all. As for the total lack of quality in the overall finish in the quality and functionality of the TV360 software? Well that is another story completely, and the day just isn’t long enough for me to start listing all the things I that seriously annoy me every single day, including the reduction in so much functionality that I have seriously wanted to revert back to TiVo, or to just leave Virgin Media altogether. TV360 in its current form isn’t even a beta version  it’s as if they got a couple of developers to knock it together in three months so that Virgin Media could exit paying TiVo fees. My professional career is that of a programmer, software engineer, and software delivery project manager for a blue chip I.T. company. I know how this stuff works. Whoever signed off on the TV360 functionality should be sacked immediately. It’s like they just never gave a sh*t about the end user, and just needed the bare minimum not to be sued for false advertising, while at the same time allowing Virgin Media to stop paying TiVo license.

Anyway, rant over for now. When it came to upgrading my bedroom V6 box that too competed the process OK but I immediately noticed the audio synchronisation problems, and phoned Virgin Media support straight away

Virgin Media support told me that my V6 boxes required a software update, which I found really strange considering they had both literally just downloaded what should have been the latest version from the Virgin Media servers to carry out the upgrade process. I voiced this question to the support person, but I may have been asking my cat. Virgin Media’s first line support do not appear to be capable of independent thought. I got the impression they type keywords into a computer and it tells them what to do.

That day was the start of an immensely frustrating month for me, where, by the end of it, I was in exactly the same place I had been when I started. I had now literally lost the Will to engage with Virgin Media anymore. An incredibly sad thing for any customer to have to say about a company they’ve been with for 4 years, and have paid them around £5,000 in that time.  I was promised many phone calls back, that never happened. I was promised escalations to 2nd and 3rd level support that never happened  I even wrote to the CEO of Virgin Media for the U.K. and Ireland, and, this is really telling, didn’t ever receive so much as an acknowledgment, let alone a reply

But, I feel like none of this really matters to Virgin Media. I am nothing to them in the grand scheme of things, and will be moving to Sky as soon as it is possible for me to do so.

I can offer information about one thing I did try, which seems to have made a very slight positive difference. I was wondering why everything worked just fine in my lounge and not in my bedroom. So I went through all the settings and checked to ensure they were both identical. Apart from the fact that they are two different sized Panasonics, and, even though they are also both Panasonic, the soundbars are different, the ONLY other thing that I spotted was the way my TVs were connected to the devices.

So, I ensured that HDMI 1 in both TVs has the V6 boxes attached, and that the soundbars were connected to HDMI 2 in both cases.

This appears to have made a slight improvement, but unfortunately hadn’t cured it by any means.

Good luck to everyone still searching for a solution to this. You never know, engineers from Virgin Media might even join in the search one day!!

Oh, and one more thing.

WHY THE HELL, even with the latest update that occurred last week, is the “RECORDINGS” menu item FOUR PLACES AWAY from where the ”HOME” button takes you every time.

I don’t know about other people, but 99% of the time I press the ”HOME” button it is to go to ”RECORDINGS”. It would be far far better to have ”RECORDINGS” preselected when you enter the “HOME” screen, or put it one click away from the “GUIDE” menu option.
It’s almost as if the interface design has never had any consultation with day to day users. Unless there is some good reason for the menu layout that I, in my ignorance, am missing completely

Does anyone else feel the same way or have any views on this?

P.S. - apologies for CAPS they are mainly to differentiate the menu items, but may also be indicative of my ongoing frustration, beginning to border on hate, for this TV360 pos.

You can press the voice button from any screen and say, "recordings" and the 360 will open the recordings section.

The do's and don'ts. Keep the community welcoming for all. Follow the house rules
2 Kudos
Reply

Where is the Fav next to recordings