Thou Shalt Not Kill - EPG Wrong

The programme guide for Thou Shalt Not Kill - on More4 on a Friday night is incorrect. It has been showing the descriptions for the wrong series. The episodes per the Virgin Guide were shown as part of Season 1 in the UK (which consisted of 24 episodes). What More4 is currently showing is the next series.

Other platforms, including Sky, have the right episode descriptions.

Re: Thou Shalt Not Kill - EPG Wrong

I’m not sure I agree. The current series of Non Uccidere being shown is series 2 and that is what it is described as in my V6.

For example, next episode: 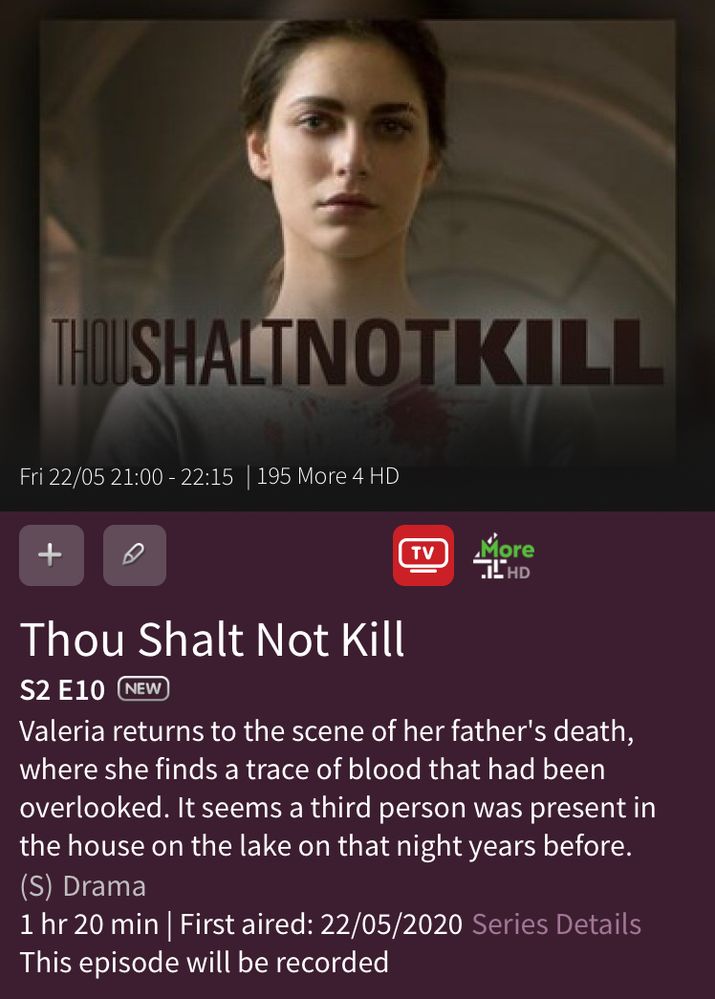 Re: Thou Shalt Not Kill - EPG Wrong

That was shown last year as series 1 episode 22.

This week's episode is per All4 website: "Series 2 Episode 10

The death of a psychologist connected to the military causes a great stir. Valeria must sift through complications to the investigation, not the least black-market drug running."

Per the Sky EPG: "The military interfere in an investigation into a psychologist’s death"

More4 showed the first 24 episodes in double headers last year. In Italy that was series 1 and series 2, but in the UK series 1. Channel 4 has chosen to combine two series, and hence the Virgin EPG has their episode numbers, but the wrong series in terms of what that means for what is being shown.

Somewhat inconsistently, the guide is correct in catch-up, where I assume the C4 EPG is taken - look at last week's episode which is on Virgin Media Catchup, and has the correct description, although the episode as broadcast had the description of the equivalent series 1 episode (episode 21).