Can I ask for an update please.

This has been open since 2011 and the same bug was introduced into the v6 software. I think just due to patience this bug must be at the top of the list now.

Is very frustrating because my wife watches some cookery programmes that are in SD and it's not possible to output those in SD and HD mode untouched.

The alternative is to select 576 mode only.  But then everything is down scale to 576, even 1080 content. This also breaks Netflix 4k and bbc IPlayer.

The other alternative is the settings on this thread with 1080 selected. But then that works for HD content but SD content is then scaled twice, 576>1080 by the TiVo, and then 1080>4k in the TV and scaling twice introduces artifacts and makes SD programming nearly unwatchable. Thi breaks bbc 4k which then outputs in 1080 also (the 4k passthrough doesn't work)

If we need more votes then let me know please. There's several AV forums that I am sure will help publicise the issue to get the footfall we need.

Alternatively, if you think the above behavior is correct can you remove the treat on the help screen which refers to selecting all the modes to enable passthrough mode.

Sorry wrote the above post before my morning coffee.

It was bad on the original TiVo but now 4k has been added it's all over the place.

I'm getting a V6 today so just googled this age old problem to see if had been addressed.

Very annoyed to see from this thread that this rudimentary bug is STILL here.

I complained about the scaling bug to Virgin on the Tivo years ago.

It took several phone calls before they even admitted there was a problem.

Then I was told it was under investigation and would be fixed in an update.  Utter rubbish ... never happened.

So for them to be still saying it's under investigation is just a pack of lies.

(The banner at the top is the resolution, refresh and chroma bit depth. Ignore the banner at the bottom always showing 4:2:2, I couldn't be bothered to change the device adding the information to passthrough the source chroma for this test)

I withdraw my concern for 4k Netflix refresh rate (3rd to 6th photo) which does correctly play in ,4k 24p. But netflix does incorrectly upscale SD to 4k 24 (6th photo, abyss is HD not UHD). Netflix also incorrectly change the chroma to 4:4:4 so isn't true passthrough and breaks any possibility of HDR Netflix.

Deselecting 1080 causes BBC to correctly show 2160 but it's still incorrectly upscaling refresh to 50hz causing stutter on the uhd demo. (7th photo).  The app also fails to send HLG even though the E6 is now HLG capable (proven with test files via hdmi from other devices) 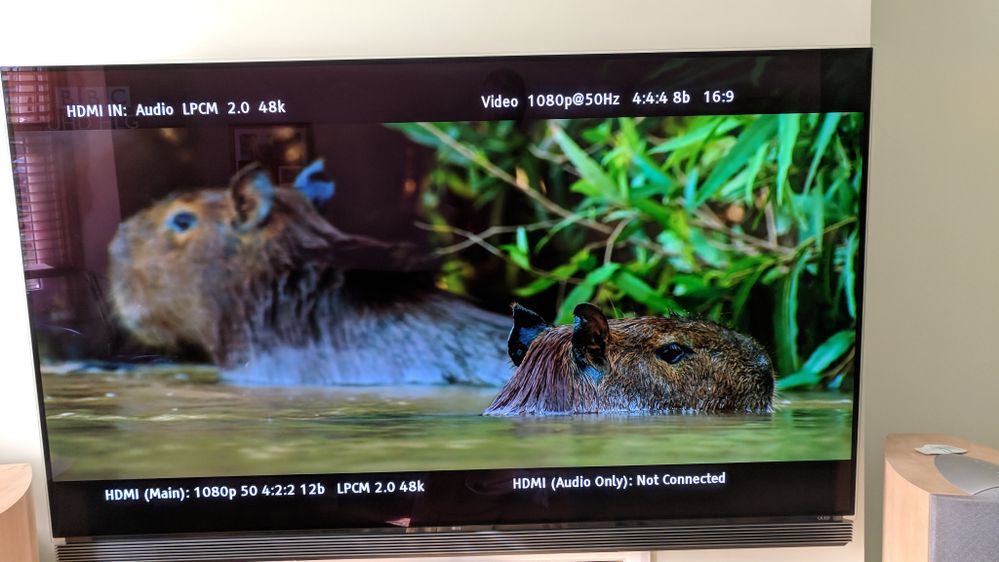 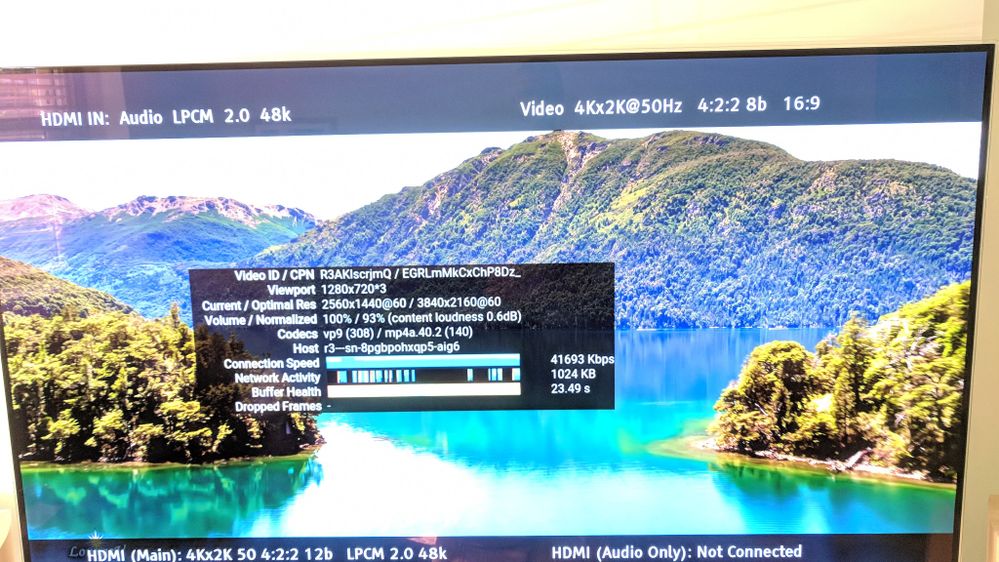 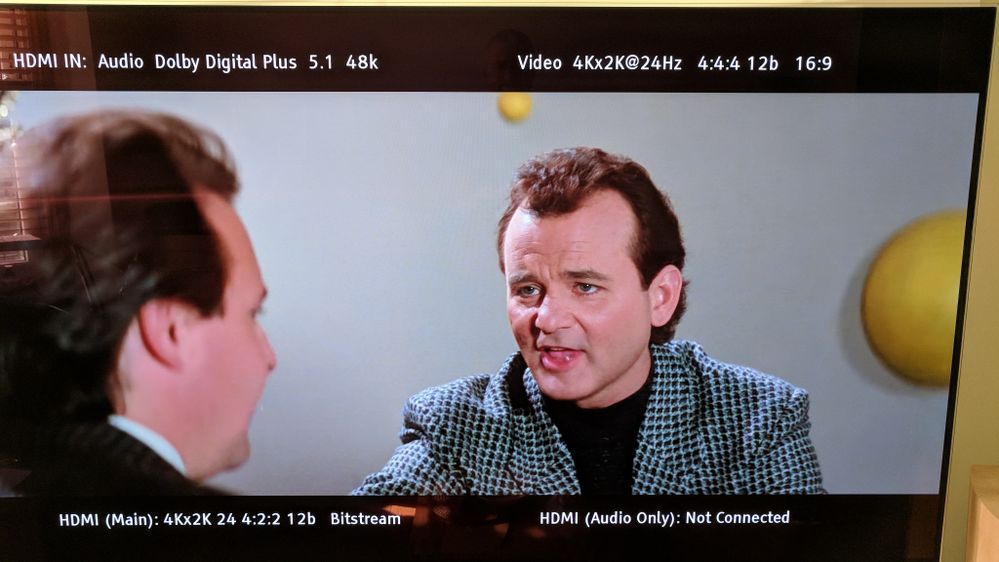 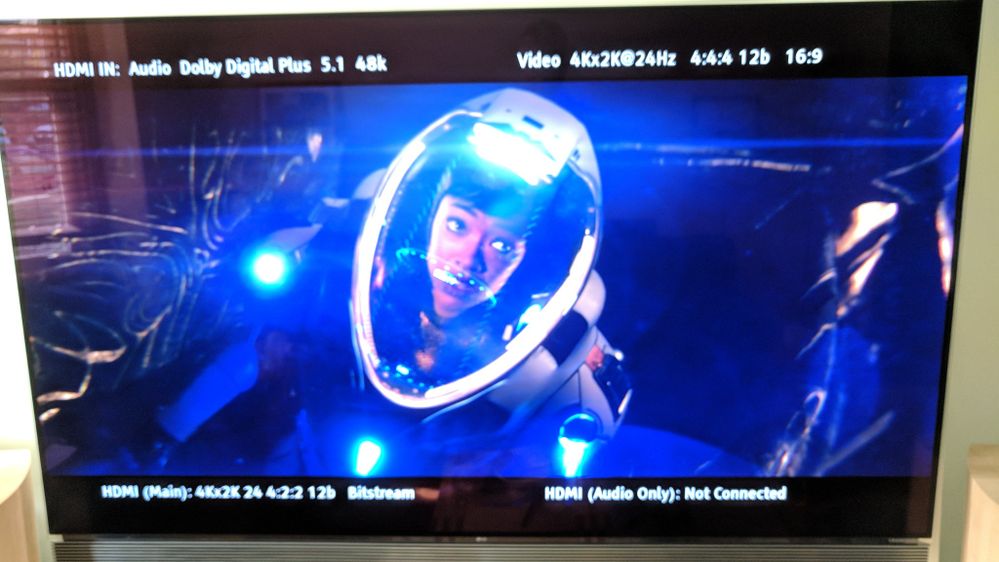 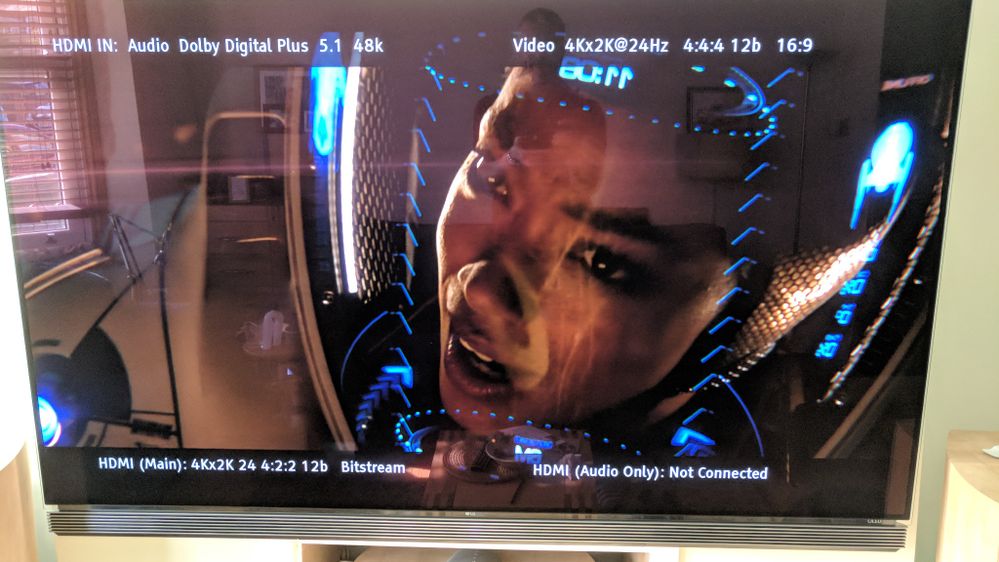 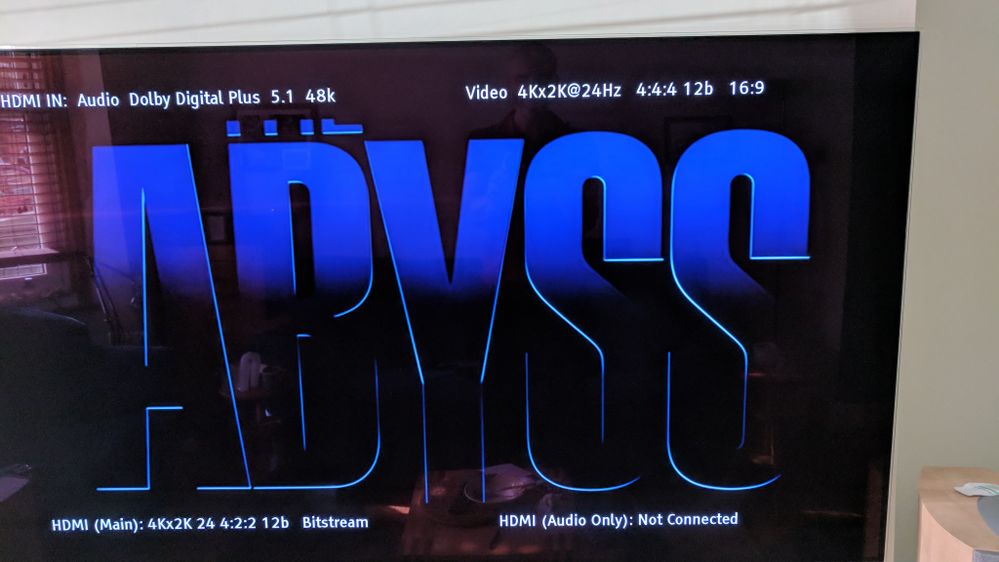 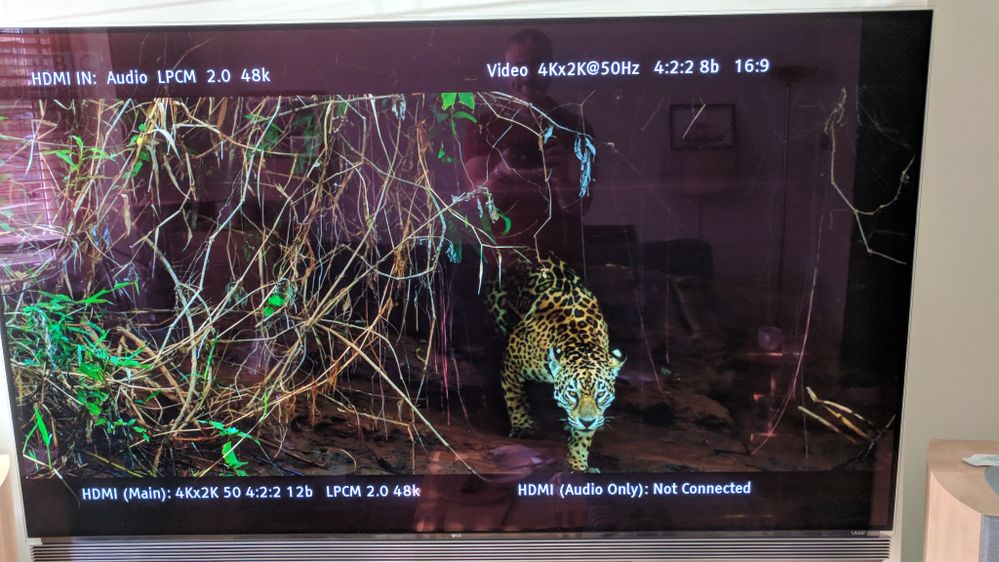 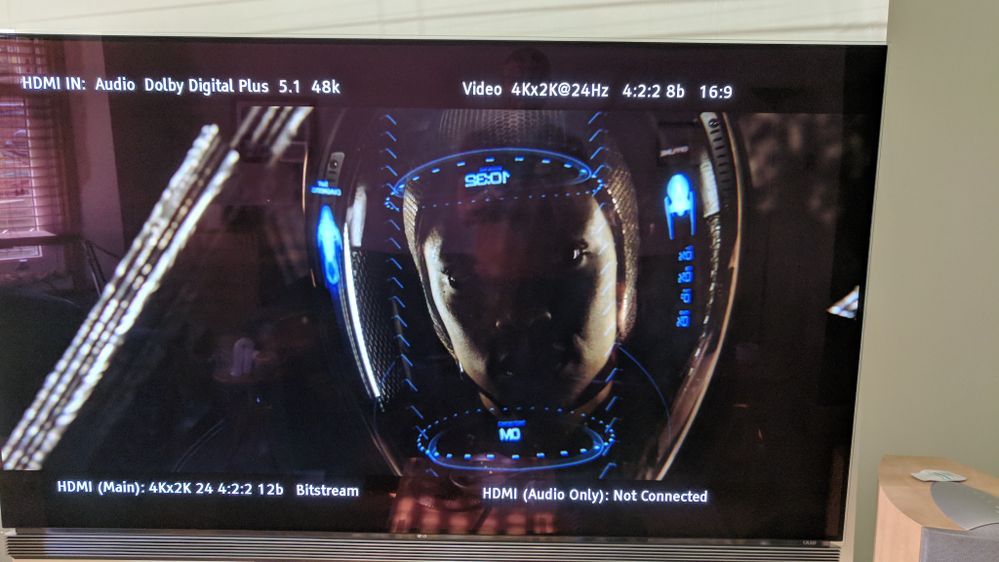 How about these output settings:

How about these output settings:

No offence Roger, but if you read back over any of this thread you'll see that the fact that the V6 (or older TiVo) DOESN'T pass-through as you "would expect" with those, or any other combination of settings, is the whole issue.

I’d wager ALL content is being scaled by the V6 to 1080. Nothing is being passed-through.
1 Kudo
Reply
Highlighted

Can you wager a large amount of money? My TV displays a resolution of 1080i50 most of the time (which is what I expect), but when I watch certain YouTube videos it flips into 1080p24 (which again is what I expect).

And what happens when you watch Standard Definition content?
0 Kudos
Reply