afternoon.   worth clarifying - this is only Win10?

firefox will not stream TVGo on android.

My experience is with Windows 10

Others have experienced the same on a Mac using Chrome and it seems ChromeOS (Chromebooks) also.

Android has it's own native application https://play.google.com/store/apps/details?id=com.lgi.virgintvgo&hl=en_GB&gl=US which should remove the need to stream through a web browser. Same for iOS (Apple) devices.

yes and unfortunately...  this app is effected similarly.

😞      and as yet - not found a none-chromium browser that does indeed work with this workaround. 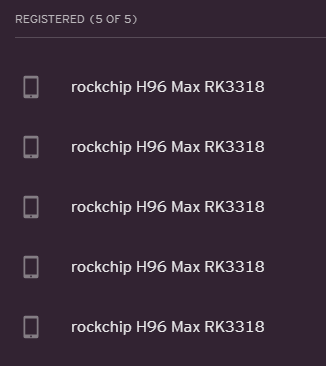 There is also the Internet Explorer workaround. If you are running Win10 on your PC or laptop then IE is still there buried in the OS. Just type "Internet Explorer" in the search box at the left of the task bar.

When it opens ignore all the pleas to "upgrade/switch" to Bing. In the IE search box just type in Virgin TVGo and click on the Home page link that comes up and sign in as normal. You will need at least one spare registration slot so best to get your devices reset first if possible.

IE has worked flawlessly for me for the past 3 months. I know it is old technology and Microsoft plan to withdraw support later this year in the way of updates and security patches. But in the current fiasco with Chrome and other browsers I am happy to continue with it as it just works. I'll worry later and hope VM find a fix for Chrome in the meantime

I'm adding this post because like everybody else I can't believe how abysmally Virgin have treated it's customers, including me, over the problems they have been having with TVGo. Like other people contacted Virgin at the beginning of November which is too long to put up with an obviously flaky Web TVGo. I hope it helps the rest of the Community Forum what to me is obviously wrong with Virgin's response to this problem. What is basically a fairly simple Web Application can't be that difficult to maintain. What, if any, testing do they do before releasing a new version? Etcetera etcetera.

I'd like to refer you to the Wikipedia pages "HTTP cookie" and "Web cache" as they will put you straight on what they are. A web app should never rely on the cookie and cache data being available as it can be lost in a number of ways:-

1) The most obvious is closing down your PC or tablet, so no cookie or cache data can be available on restarting.
2) Clearing them is optional in clearing the browsers history whatever the platform.
3) On the Amazon Fire (not sure about other tablets) a forced stop on any app, including the Silk web browser, always clears cookies and cache. Also when an app is paused or no longer needed it is minimised on the Home Screen and to terminate the app it is swiped off or closed. This action is the equivalent of a forced stop and thus clears both cookies and cache.

Also some or all of the above behaviour, along with the fact that when five devices are registered means you're stuck with them till the first of the next month and explains why the problems Virgin's customers are experiencing are happening. Customers who are lucky enough to run a Desktop App rather than the Web app will run okay as long as less than five devices are registered when they first sign in.

Virgin should take a leaf out of SkyGo's book where only 3 devices are allowed to register. So in order to register a different device the change is made by selecting which device to swap. No long wait if something goes wrong (God forbid) and one device is registered 2 or 3 times.

Finally I notice that nobody has mentioned what versions (builds in Virgin speak) of Web TVGo they have been running. Not surprisingly really as Virgin have put the build number in the bottom right hand corner of the Home screen in a light grey colour in the smallest font possible. Almost impossible to read on my Amazon Kindle but just legible on Windows 10 PC.

Firstly the November build corrected the problem of not being able to watch any TV programme because the app was stuck with a pop-up saying that the programme would start shortly but never did.

Optimistically I started using Web TVGo on my Windows 10 PC and Kindle Fire. After running each twice I had used 4 of the 5 registration slots (2 for each device). Left with only one slot I ran Web TVGo on my Windows PC and it continued to run until the 1st January 2021. With 5 slots now available I decided to run Web TV Go on my Amazon Fire. It ran okay the first time but on the second time the problem of needing to register the device could not be done because no slot was available. So now all five slots are unusable till 1st February 2021.

I have a new iPhone and have downloaded the virgin tv go app. When I try to watch a programme it is saying too many devices. When I go into settings it is saying mine is the only device registered. How can I fix this?

Spend a few hours on the phone to Virgin and cross your fingers that the person you speak to: a) understands the problem and b) is willing to reset your devices.

There are no guarantees that will work but it will kill a few hours during lock down.

My advice would be not to waste your time and do some housework/bake a cake/exercise with Joe Wicks/leave Virgin and go to Sky. My suggestions are more likely to improve your state of well-being and not leave you as frustrated as Donald Trump.

What you are saying in this  post confirms a suspicion I have that VM are using what in my day was called porting.  Where one application was ported from one platform to another.  The C programming language was widely used for this.  There were standards for writing the C compilers and the easiest applications to port was one that was compiled by compilers which adhered to the standards.   Conversely some compiler's applications were notoriously poor at porting because they did not adhere to any standard.

I don't for one moment believe that either Web TVGo or Desktop TVGo are written in C but the above is an allegory of what is happening with TVGo.

Throughout my previous posts I have been very careful to use the terms Web TVGo and Desktop TVGo as on the introduction of the browser version of TVGo VM have got two different apps.  But no distinction is made between them by VM, they are both referred to simply as TVGo.  This unfortunately causes a lot of confusion not only among customers but also with VM's frontline customer support.  When you talk to customer support, you may be talking about the browser version but they will still think of TVGo as an app downloaded from a device's app store.  So as the Desktop TVGo has no problems, what is this customer getting upset about. It's because the customer has contacted them about the browser version of TVGo!  Two different names for the two different apps would have saved all this confusion hence I use Web TVGo and Desktop TVGo.  Maybe VM could run a competition to name the two apps?

Unfortunately this isn't the first time that VM have made this kind of mistake.  When they introduced their "Virgin Media Connect app"' they called it's SSid (Network Name) "Virgin Media".  I had a problem using the service and rang customer support.  Imagine what sort of conversation I had?  Frustration doesn't describe it.  Another naming competition?  Another "great extra service" denied to a loyal customer!

Having got that off my chest lets get back to TVGo.  I think the problem lies in the use, certainly of cookies and possibly cache.  But as they are both cleared together only the VM engineers(?) responsible for the TVGo software will know.

So you you run Web TVGo and its great and you see your team win the cup.  You close down TVGo.  When you come back none of the TV stations will play ie. the first problem.  Not to worry because you've got Desktop TVGo on this device so you can use that (well at least once).  So slowly but surely all the device slots are used up and it's down to waiting for the first of next month!

VM fix the first problem but then problem two rears it's ugly head!  All your device slots get eaten up by both or one of the versions of TVGo using two slots for the same device!  If you spotted what was happening you were left with only one slot so I ran Web TVGo on my Windows PC and it continued to run and I was able to watch TVGo again waiting for the first of next month!

So happy New Year it's the 1st of January and you've got all your device slots back.  But not for long as the second time you sign in it's the second problems time to appear!

Of course only the VM engineers(?) responsible for TVGo software will know if my the theory fits the facts.  Do think you could rattle their cage please?  Or if someone else knows how to do so could they do it for me as I'm still learning how to use the forum.

If Virgin looked at this thread they would act to solve this problem but they don't so it isn't.

Also, if they did, they could employ some of the excellent dudes that have contributed as Consultants. Then the problem would be sorted.

Life is as simple as you make it.

I thought the whole idea of this forum was to get VM to listen to their community and react.  That's what other forums I've been on do.  E.g. Webroot and HP but I guess VM just have to be different. Well the only way out is to wait yet again till 1st of month and then sign in all the devices you want to use one at a time so you fill up all five slots with different devices.  But you might be stuck with those five for eternity!