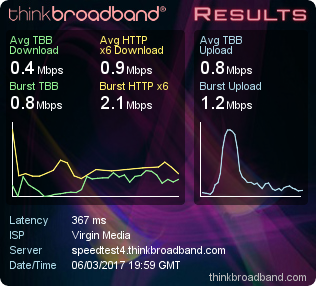 A lot of work appears to have been going on along the new stretch of Tan House Drive during the months of October, November, December 2016. (Well I say a lot, but driving past there regularly during those months I NEVER saw anyone actually working?)

There are a lot of new homes in this area and the work involved new inspection hatches along the verges and a new cabinet so I guess the work was to add these new homes to the network.

Why then is this second 'hole', next to the new cabinet, still just a 'hole'? 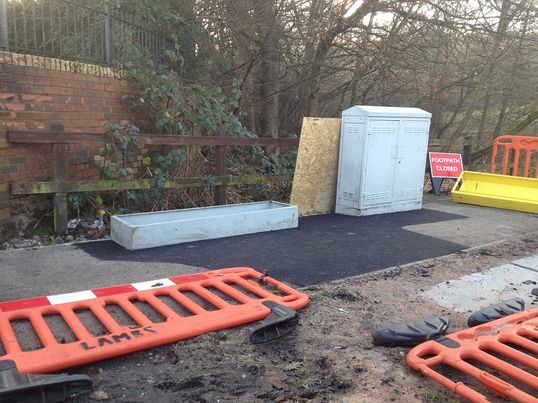 The yellow cover seen on the right was fitted over the empty base just before Christmas , maybe to keep the rain out? The workers have long gone and it is STILL like this today.

I saw a Virgin Media employee walking along Tan House Drive earlier today. He was measuring the distances between the new utility chambers (manholes )installed by VM contractors during the winter, with a surveyors wheel. I took the opportunity to collar him.

I asked what the work was for to which he replied "I'm making sure the length of cables installed matches the quotes submitted".

I said, no, what were the cables installed for and explained the speeds around here were diabolical and was hoping this work was intended to alleviate that problem. He said that extra cables had been laid to service all the new housing, he was not aware of a long standing loss of service issue but said the work was completed.

I am told when I log into my account that my speed boost is ready... We can power you up to a faster broadband speed right now. No strings. No catches.

No point in getting it if the overutilisation issue is not satisfactorily resolved.

Thanks for sharing the photo. I think that's a pretty true and accurate reflection of the VM network right now. A half-**bleep** job, half done.

Nice to see that a MOD can post here within the hour but TWO WEEKS ON, nobody from the Forum Team can stop by and update me on F004952644

And while we are at it... my loss of service credit was only applied up to the 1st of June. Seeing as the next review date is 09/08/17 I would like the next instalment applying please.

They are two seperate teams. They do different jobs.

Got an update for Ian? Has been over 2 weeks.

Thanks Shafreya for the nudge. (I know they are different teams).

Thanks Huw for the update.

Any discussions about the content of the trial should be made within the relevant forum.

Having noted that the review date has been brought forward to the 26th of July, a posse of Virgin Media contractors have just descended on our area, digging up all the pathways.

Any discussions about the content of the trial should be made within the relevant forum.

I have no idea what the 'trial' is nor where the 'relevant forum is'?

I'm sure its only a blip in service