So today I had my pre-installation for broadband service which I didn’t know when they were coming or wasn’t even given a heads up and wasn’t home when they first arrived! There were many things that I didn’t want them to do and where I wanted them to put a new box but could see and hear everything that was being discussed with them via the good old ring video doorbell!

After getting back from going out for breakfast with my son I came to the realisation that they used the fastest and easiest way to ‘lay cable’ right over the top of flags and then proceeded to point it in not even attempting to bury the cable or think to run the cable right around the garden in which they wouldn’t of had to do this god awful job of attempting to point it in. At this point it was too late when I saw what they were doing they’d already finished. I told the guys that that is not good enough and you should of lifted the flags and relaid and his response was so you want to have a go! And if I did that they would go back down level! Well they would if you did it correctly (Know from experience) All this is recorded by the way! Here’s me thinking that your cables need to be buried between 1-6 inch? To avoid cables accidentally being cut, damaged or vandalised!?

What are my options here as I am far from pleased from the poor workmanship they’ve left behind, the cement they’ve left on the flags and step and being in the construction industry for the last 15+ year’s. It would not fly if I was charging for this I would not expect to be paid and if I had to pay someone to do this I simply wouldn’t pay until it was done correctly or at least to a decent standard

I wouldn’t mind they didn’t even knock the door or ring the doorbell, I would of given them the route to the house and they have just connected the cables to the old NTL box that was previously on the wall which is probably about 30 years old and needs to be replaced also

I would really appreciate some advice on this and how virgin are going to rectify the poor quality of work! I haven’t even had the installer come yet either so your definitely off to a great start here as a new customer!

Post up some photos highlighting the problems. This allows the VM forum team to assess the problem and refer the evidence on for further action.

VM will often lay the cable/conduit across hard concrete surfaces and bury at a shallow depth of an inch or two under grass.

Standards of workmanship from VM vary wildly. Some of the examples which end up on here often look like they were completed by a young child.

As with many things to do with VM, the quality of the work might actually depend on the individuals who turn up to do the job.

The forum team will usually refer the problem on to a local VM person to investigate/remedy.

there is a shallow gap around the perimeter of the flags that run the area of the garden in which they SHOULD of ran the cable which they could of removed the stone buried the cable and pushed the stone back in? Is that too much thinking or would it of taken too much time? 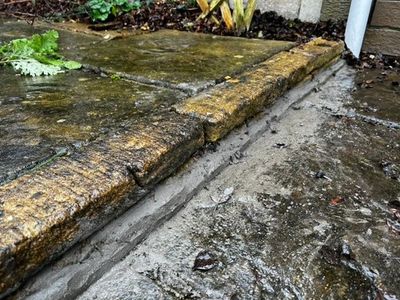 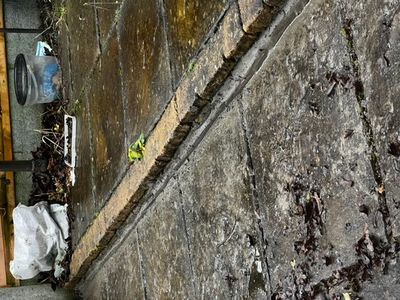 Any resolution to this????

I just want to confirm that you have had all the cables laid now?

Thank you for coming back to me @bracken866.

I am going to pop you over a PM so that I can raise a complaint & flag this to the area Field manager.

You can find this in the top right of the screen in the purple envelope.

Virgin came and relayed the cable in the areas that i wanted the fellas were sound and laughed about the state the last lot left it in but didn't do such a great job in cleaning the concrete that was originally laid so after chasing the complaints they said it was fine. No you've ruined about 8 flags and 20 plus coping stones that are stained with concrete. Apparently that is OK!

I escalated the issue and now I have been dealing with virgin legal for the past how ever long, filled out all the paperwork and sent in evidence, invoices and photos etc. Haven't been on the phone every week giving them what not haven't asked for anything for free just getting angrier and angrier at the poor customer services and the sheer lack of respect to someone else's property and work, flags aren't cheap either! Don't get me wrong its not indian stone or anything like that but still its an expense I should have to pay if I end up replacing them!

Now as of June I paid for a reputable company to come to chemically clean and power wash the flags which I thought would do the trick but can still be slightly visible in places!

This cost me £500+ and its still visable

Has anyone ever managed to get them to reimburse them? That is all I've asked for just pay me back what I've paid and we can move on!

The CISAS arbitration process does not deal with claims for property damage so your remaining option would presumably be via a money claim/small claims process. CAB publishes plenty of info on that so you could try contacting them for further advice.