It’s been an extraordinary year for English football, now you can enjoy the historic culmination of the European season for free with Virgin TV. What’s more, it’ll also be available in 4K Ultra HD if you have a Virgin TV V6 box. 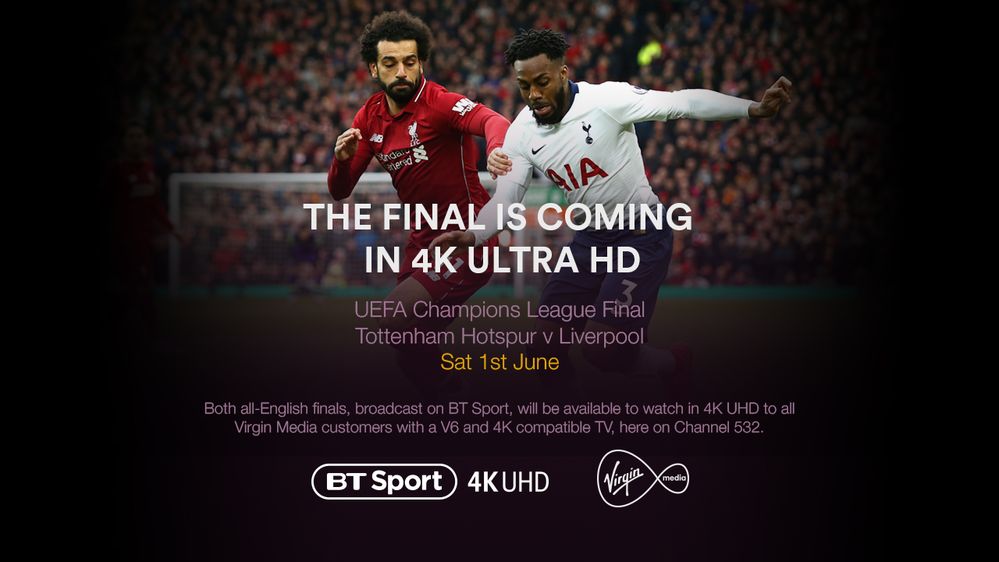 For the first time in history, the competitions’ finals will be contested by sides from the same country. Chelsea and Arsenal meet in Baku for the UEFA Europa League final on Wednesday 29th May. Who will have the bragging rights in Baku? Can Unai Emery win the trophy for a fourth time? Is this the last we will see of Eden Hazard and Maurizio Sarri at Chelsea? It’s sure to be an unmissable night of drama and tension.

After that comes the big one – Tottenham Hotspur v Liverpool in the UEFA Champions League final from Madrid on Saturday1st June. Both sides produced improbable comebacks to reach this stage, so switch off early at your peril. If this game produces even half the drama of the semi-finals then we are in for a night to remember.

Are you planning on watching either of the finals? We’d love to hear your predictions on the big games in the comments.

2 Kudos
About the author
Categories
Most talked about