The dust has barely settled after WWE Super Showdown but we’re already looking ahead to the last stop before WrestleMania 36 – WWE Elimination Chamber.

With the Raw Tag Team Championships on the line, Braun Strowman defending his Intercontinental Championship in a Handicap match against three other Superstars, the event promises to deliver in excitement and drama.

You can enjoy all four hours of this spectacle with Virgin TV: 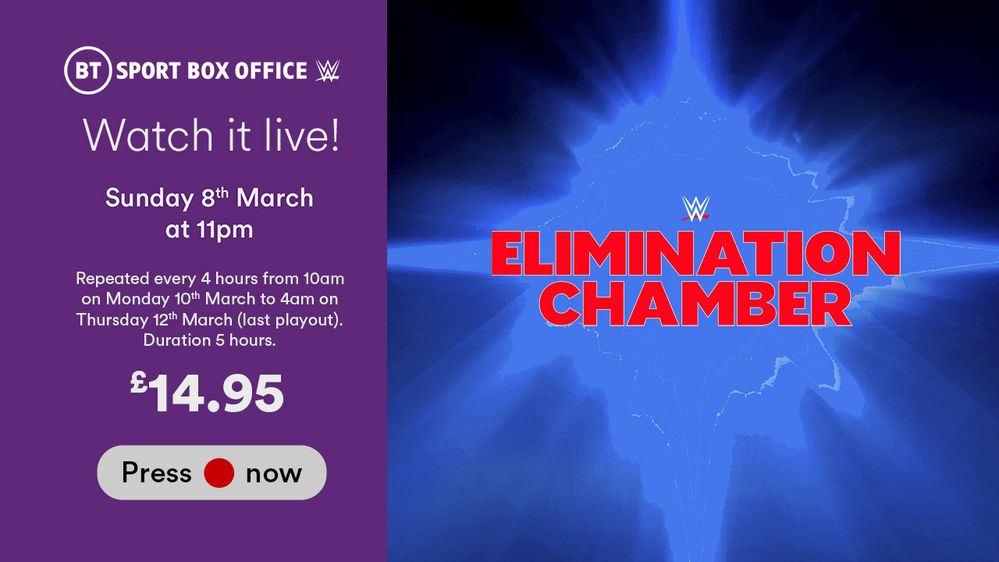 The event will be repeated every 4 hours from Monday 9th March at 10AM until Thursday 12th March at 4AM (final play out). The event cannot be recorded.