WWE’s Royal Rumble is upon us once more this Sunday, 26th January as the Road to WrestleMania begins, and you can watch it live on Virgin TV.

The current WWE Champion Brock Lesnar and Roman Reigns are confirmed entrants for the Men’s Rumble along with Charlotte Flair and Alexa Bliss for the 3rd annual Women’s Royal Rumble.

Reigns is looking to headline WrestleMania for the 5th time and gain the opportunity recapture gold for the first time in over a year. Brock Lesnar enters at No.1 and aims to win, a feat only achieved twice in WWE history.

So who could win? 27 is the luckiest entry point in the men’s Royal Rumble with 4 Superstars having won from there. However, it’s No.30 that is the most anticipated; could we see a return from Edge, CM Punk or John Cena?

With a whole host of rumoured entrants yet to be announced, it promises to be a night of surprises and drama. 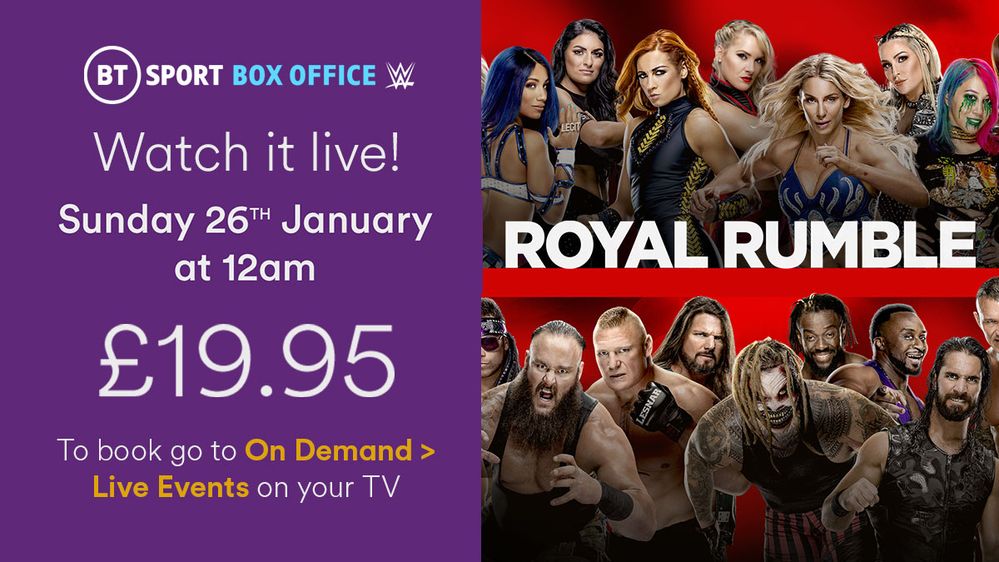 You can watch all five hours of the Royal Rumble extravaganza action with Virgin TV:

Three hour highlights will be repeated every 5 hours from Monday 27th January at 11AM until Thursday 30th January at 5AM. The event cannot be recorded.