Conor McGregor’s hiatus is over. After 15 months away, The Irishman is returning to The Octagon this weekend for UFC246 in Las Vegas. All the action will be screened on BT Sport Box Office, and you can order it now through your Virgin Media TiVo® or V6 box.

The last time we saw McGregor was back in October 2018 where he was defeated by Khabib Nurmagomedov. So with that in mind, he will be determined to bounce back and take victory upon his big return. Standing in his way is ‘The Cowboy’, Donald Cerrone from Denver. Cerrone has fought in twice as many UFC bouts as McGregor but will start the fight as underdog. Can the UFC veteran spring a surprise? 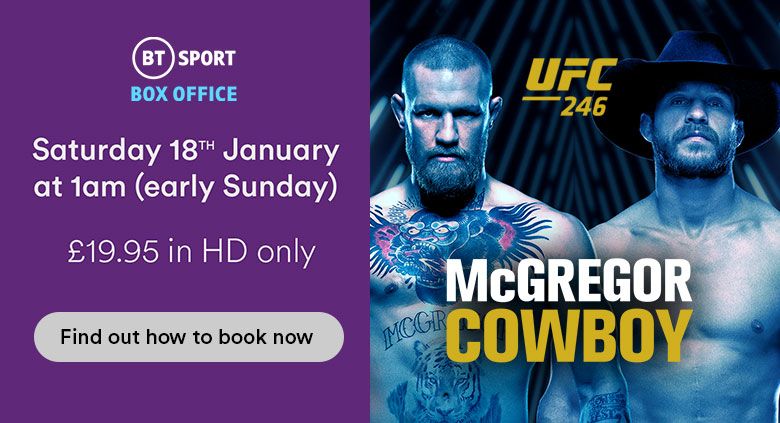 McGregor v Cerrone is the headline event to a mammoth night of UFC action, with BT Sport Box Office showing 9 bouts in total. All the key details can be found below: