The problem is still happening and now seems to have got worse after phone advice from VM. I didn't come back to you immediately as at that time service status line was saying that there was an area issue. During that time I got a period of 100% packet loss and no broadband for about three hours.

Once that went I again phoned VM yesterday and they got me to go through the normal checks (cables tight, reboot hub, factory reset etc.), then had me to reset channels on the hub. Initially it seemed to improve a little but now its worse than ever and the ThinkBroadband monitor seems to have even more latency. See the live link and graphic below.

What particularly annoyed me was that the guy initially tried to sell me an upgraded package 100->200mbs but as I had great broadband with the hub 3 and it only went wrong with the hub 4 . . .

Is there anything you can do to help? Whilst I've been with Virgin for years I'm wondering whether to change supplier.

Forget this I've finally been able to convince a person at VM to send a technician to look at the problem. After only five telephone calls.

Anybody know if sky is any better at customer service?

Can you please let me know how the visit goes

I am here if you need any more help

Gareth
You said to come back to you if I needed any more help.
The technician left an hour ago.
He said there was a loose connection in the local box which he rectified. He also renewed all the outside connectors - splitter etc, as they were old and corroded.
An hour on and the problem is no better.
This is the current think broadband readout. The second packet loss is when he took the system down from the local box.
As you can see the issue remains the same as before.
Any ideas?

Can you please let me know how the visit goes

I am here if you need any more help

Sorry to hear the issue is still happening, from looking at your account and connection and can see there are still issues with the upstream power levels.

I'm going to send you a Private Message to get some information from you and then look to get a technician to you again. I will ensure that they're aware of the actual issue with the power levels prior to visiting.

Looking forward to your reply.

Thanks for the update, I will add notes to the tech visit so they're aware of exactly what the issue with the account is. Let me know here how the visit goes declan_hoare_nt

Changed out lots of stuff including the internal coax cable. Also checked the ethernet cables from the hub and established a glitchy one to my hive. Have swapped that out now and everything seems to be working as expected. Haven't tested the tv streaming but if there is any issue Ill get back to you.

Thanks for the help

This is the second time ive tried to send this message. The first time the connection fell out when I tried to send it and I lost the whole thing.

Yesterday after the tech left and everything was working okay I tried the TV streaming services. When eventually I got one to load the connection would drop out and I would be back with whirling circles. 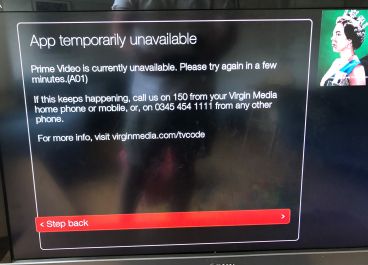 I phoned VM and after some problems accessing the TIVO box the person was able to get it working again. So this morning trying to log onto my hard wired computer and we are back to where we were yesterday before the tech visit with the system dropping out regularly probably every half minute or so. Running the test from the virgin app on my mobile phone gets a message that I should run the test again from my online account. So logged into my account on my phone and I get the same looping for about 5 minutes then a report there is nothing wrong and advice to do all the checks again - reboot, reset etc. Which of course had already been done. 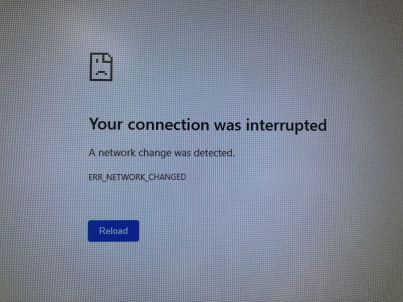 After the tech working on the system yesterday speedtest.net and SamKnows both  worked fine and reported correct downstream, upstream and ping values according to the tech. The system was working fine and I was able to get online without any drop outs.

This morning these are the results I'm getting on speedtest.net and SamKnows and the system is dropping out every few seconds. I tried to run the service status from the hard wired computer and the test just keeps cycling and not finishing with the 'running test' screen up permanently. 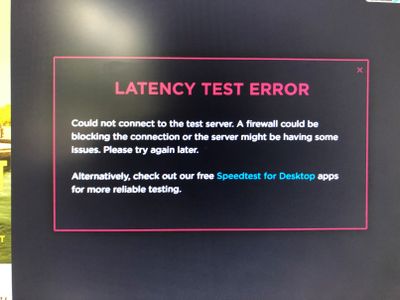 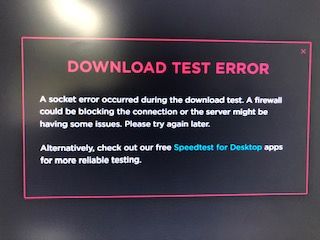 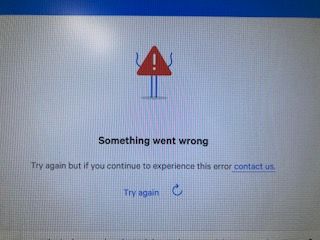 As well as the above both the techs said I would get an sms message to rate the visit. And the second tech said the message would come from his phone so if there was any problem I could phone him direct to come back. I didn't get a message from either of them. Is there anything currently working in VM?

I wont be phoning VM this morning but hopefully I can get through to them later.