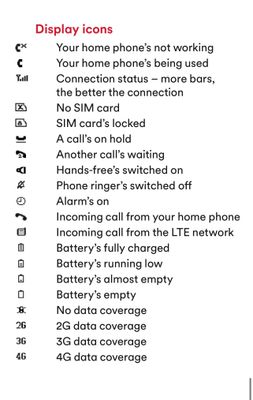 Oh you couldn’t make this up.

So left with EBUL V3 told it was all working fine except no pass through.

Went to have a look noticed the mobile signal was only 1 bar what’s worse it the no SIM card icon was being displayed!

So what I was left with was a brick.

A quick investigation I noted the EBULv3 had an o2 sim sticker on it, looked in the sim holder and there was a Virgin Mobile sim in it.  Pushed the SIM in and hey presto the EBUL works as it should. Even allowed calls to none 111, 999, 101 numbers without the annoying message that interrupts the annoying message saying you can’t use it.

So what’s the take away the V3 appears to be better than the V1 for simplicity and as a standalone device but fails to pass through the line to connected phones which the V1 did the firmware of the v3 is much newer too.

BUT. THE MOST IMPORTANT THING IS YET AGAIN INSTALLERS INSTALLED EQUIPMENT, “Confirmed” it was working with  a known vulnerable customer and left leaving  an EMERGENCY Line not functioning!

VIRGIN MEDIA THIS IS A SERIOUS ISSUE your installers should be checking everything twice .

Please someone with a brain cell at VM contact me via phone and assure me that this issue is going to get the attention it demands. What are going to do when loved ones sue you. Do you have a record that a EBUL GSM CALL was even successful because this need putting into a check list!

Thanks for coming back to us @pogit1. I apologise for the experience that you've had with the emergency equipment and its install by our team.

Unfortunately, we cannot arrange any call backs from this team as we are a digital only team here, if you need to speak to the team over the phone, you would need to call into the team, to speak to them. I will be sure to pass on your feedback to the concerned teams about the install process and how the technicians are carrying out the work.

I think the emphasis on emergency back up needs an urgent all points bulletin on what they’re for and how they work.  And more importantly to ensure they’re working in emergency mode! This shouldn’t be happening!

VM have acknowledged the need and provide the equipment to vulnerable customers, ok probably because OFCOM says they should but come on this type of repeated failure shouldn’t be happening EVER!

You cannot be seen to have identified a need, installed a fix and not checked or have a record that a check has taken place. All an installer has to do is make a call to a dedicated line which would record  the EBUL GSM number and maybe send a conformation check.

This has to be a basic simple check.

I see you've found the same flaw I did with the EBUL V3 vs V1. No bloomin' pass-through! Hence why I said they should give you a similar device with a pass-through in an older reply. It's one of the reasons after seeing how janky the EBUL solution is that I went ahead and did my own as another backup on top.

This is a Raspberry Pi running Freepbx on Debian using a Quectel 4G Modem for calls/data, and a Yeastar TA100 for analogue phone to SIP. All powered by a 5v 3a 10000mah Pi UPS. Yes a bit overkill, but it works great. Our main line is via Sipgate which falls back to the mobile network should the power/internet fail. It's not a one box solution but compared to the EBUL it's a lot more useful imo.

Hi @pogit1 thanks for getting back to us.

I can see my colleague has agreed to make some checks on your behalf.  I will reach out to him to see if there's any updates.

thanks Lee as I understand it a replacement EBUL (probably V1) has been ordered but won’t be here till the end of the week.

My concern is that apparently v1s are being replaced with v3s because of known faults (and out dated design). Someone tell me hubs 4/5/6 will have a service equivalent to BT digital voice so phones can connect directly and like EE where the hub has its own GSM backup.  I know it’s alot to ask but VM & O2 are major player in the telecoms world it’s well within their field.

I will certainly ask the questions on your behalf @pogit1

Interesting to see how the media is covering todays huge Virgin Media broadband outage across the country and finally starting to pick on the dangers involved if large numbers of people suddenly don't have a working telephone because the internet is down and therefore lose access to emergency services etc. Lets hope some of the other service providers and the regulators learn from this, even if VM don't, before too many people are put in life threatening situations as a consequence.
1 Kudo
Reply

Hi Jon975 thanks for posting and welcome back to our community.

I fully understand your concerns regarding the issue of loss of broadband impacting telephone service too. I can assure you, that it is something our company are taking seriously.  However, I will also pass on your feedback regarding this matter.

No word from installer about the new V1.  Received letter saying they tried to remotely update the EBUL but couldn’t.  Called CS who were messaging with another team they had no idea about the letter and no record of the installer coming back.

Today I received another letter stating that the EBUL needs swapping for an updated one. Can someone who knows what’s going on get in touch please I really can’t be handling another hour with 150 who have no idea about this yet again.