After a landline fault my home phone line was converted to a digital line (against my wishes) at 1am this morning I was woken to my life line saying phone line disconnected, the installed mobile back up clearly isn’t working as it should!

anyone else experienced this?

there is no option in the faults reporting process to declare that you have both a broadband connected phone line and an emergency backup unit that has failed.

Prettypointless emergency kit if it fails!  Please escalate this as a matter of urgency!

The mobile backup kit does not work with life lines, the backup kit only allows you to dial 999 from a corded phone.

The whole point of the mobile back up was to enable the life life and emergency calls when the broadband was down.   No where did it say nor did I agree to 999 only calls.  Completely unfit for purpose even the systems only emergency message is cut off by a you need to top up message.

Emergency alarm companies have known about this change for years and have been slow to update their equipment. I'm my area openreach and VM no longer provide a old style landline meaning the old system you have cannot work in my town

Thank you for your posts and welcome back to our community forums. We're here to help.

I am very sorry to hear you're having some problems with your back up equipment since your landline services were converted to operate through your router. You can find more details about this switchover here.

Is the landline service itself working as it should at the moment? Regarding the back up equipment, was this purchased from a third party? We can offer our own if it's required, and you can find more information on that here.

Hi sorry was very annoyed at silly o’clock this morning.

My standard VM lane line was faulty and converted to a CV2 (?) line on Friday a installer came and also installed a Burnside TX2 celluar backup (Virgin Media Sim) against my wishes but was told I would still be able to use the phone line if broadband went down.

I asked the install at the time of a that was true and b if he had installed items in correct order as the third party life lane was before the cellular back up, meaning it wouldn’t work, he insisted it would.

At 1 am this morning my third party life line woke me stating there was a problem with the phone line this was supposed to be impossible.

There was planned VM work midnight to 6am so I want t to worried but knew the backup should of kicked in and it had not.

Having an electronics and telecoms background I was able to sort the system out and put it in the right order HUB, backup cellular, lifeline, phones. This should of been done and checked by the installer not me at 1am thankfully it wasn’t a real emergency just planned cam maintenance.

I wired the the system up correctly I now have no BBlandline (fault in the area Tbf by 6pm) but the cellular back works at life line and phone level.  However it’s useless because it only allows 999 calls.

other priority registered services such as water.

I know to a lot of people it seems like moaning but it really isn’t people are given priority access to services for a reason and taking that away from them shouldn’t happen.

After speaking with VM this morning an EBULL system is being installed which I’m told isn’t the cellular device already fitted but a fully working emergency phone line.  If anyone can provide a link or clarification of what exactly that is I would be grateful.

again I want to stress that while this seems not important to many and I will point you have a mobile for this is not a valid argument people still have home phone lines primarily for emergency use  which means being able to call anyone anytime easily.

an open line. (That’s how VM installed it)

neither of which would help a person on the floor pressing an emergency lanyard requiring urgent assistance.

Sorry for the rant but this is so important!

Can someone clarify what is EBUL I’m told someone’s coming to install it tomorrow and it’s a full backup landline.

However VM Said it’s basically what I have now and can only dial 999?  And the 2nd customer advisor on the phone is now saying it’s backup broadband.  Does anyone at VM know what their own emergency / urgent care 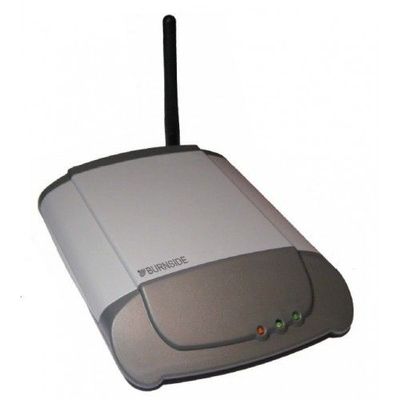 The EBUL is a battery backup box that routes 999 calls over the mobile phone networks. This is ALL it does, as there is no SIM card in the unit.

The hub based lines will be replacing ALL current PSTN landlines by 2025, as the old telephone exchanges are now life expired & no longer fit for purpose. A symptom of this is the plethora of scam calls that are now being made on a daily basis, none of which can be stopped by PSTN technology.

As above, all care line providers have known about this change for many years. Some have already switched to mobile phone technology. It is up to you as the customer to follow this up with whatever provider you use.

Our EBUL (Emergency Back-Up Line) allows vulnerable customers who require it to contact emergency services (such as 999 and 112) during a power cut or network outage. It contains a PAYG SIM card which routes over the mobile network and will not connect to non-emergency contact numbers.

Any devices connected to the landline, such as care alarms, security alarms, etc. operate by dialling a non-emergency number. This means that they will not work over an EBUL. You can also refer to page 35 of our Phone Guide for more information on our EBUL and how it works.

Please let us know how the installation of the EBUL goes for you tomorrow.

My emergency equipment is far newer than any of the VM kit.  And we all know superhubs are useless so to make them the main access point seems ludicrous and as for this emergency backup it’s a 2G device so will be redundant in a couple of years at most.

Atleast I have incoming call ability now it’s not an 01 number but an 07.  You couldn’t make this up.

it’s supposed to be a simple to use back up what it is a limited mobile sim.  Crazy why isn’t it just a virgin sim linked to my home phone account able to make calls online with my existing package.?