Yeah I know Oz, its a process he will find nothing wrong here and will report that, I will then have the report emailed to me and its more evidence, i'm thinking long term here as Virgin are not going to fix this, for them to do so is  massive cost and manpower outlay, something the budgets will not be able to cope with so early in the year, this decision has already been made, which is why we all received a text saying the issue was fixed when it wasn't, they've removed the fault from their system for legal reasons, they know what's coming. 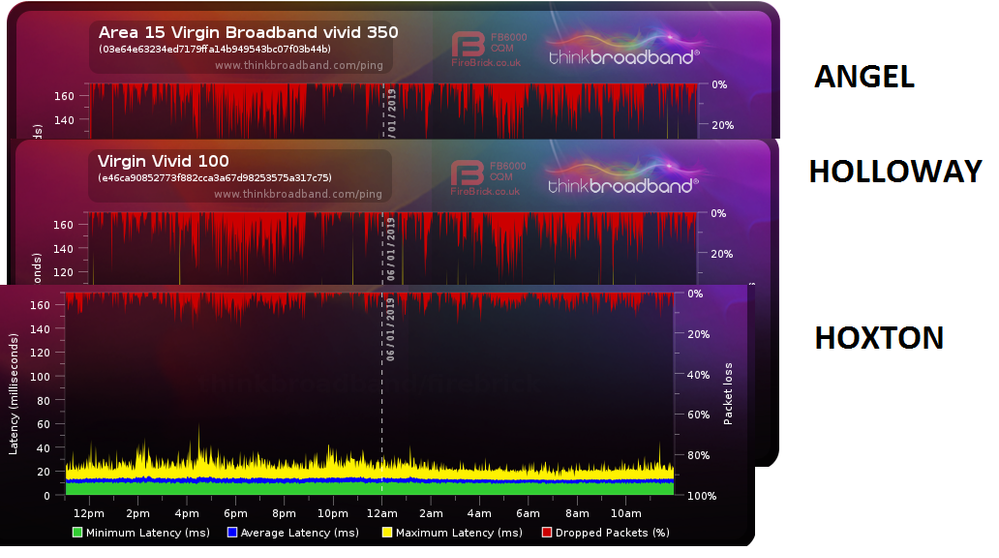 Many similarities with Hoxton too.

I just telephoned Virgin tech support, after confirming my postcode (N1 area), there was an automated message saying they are aware of a technical issue in the N1 area and that it’s conplicated and taking more time for them to fix. I’ve signed up to text message updates - has anyone else experienced this ?

Lol thank i miss read the instructions, I just read the first line and skipped it it said reply to a text we sent you, I never received one so resumed it was maybe for when you connect first time. Will try again shortly kids streaming a movie to the TV they will have a heart attack if spiderman goes of not like they watched it 100x since christmas.

Anyone heard of a provider called Onestream? Having a look around and there a a few companies i have never heard of that provide broadband. But I think Virgin the only Fibre rest are ADSL 😞 not sure what to do now. Really annoying.
0 Kudos
Reply

I have spoken to a very helpful person in the retentions department. I explained the issue and he said he would speak to the senior technical team. He reported back:

2. It is an SNR issue (signal to noise) caused by a faulty cable

3. They have engineers in the area trying to identify the cable and will replace it

4. Estimated fix time is 11 January due to the volume of cables that need to be checked

5. Accounts will be credited for those affected so do ring in as it is an accepted fault

6. They’ve put a note on the system to update the service status in area 15 (but unless you’re a gamer you may not notice so perhaps that’s why they are keeping it under the radar)

^ I hope this helps everyone.

I just logged in to see if the service status has updated to fault it hasn't, still showing no issues and as I have an engineer booked for Tuesday it will not let me go through to report a fault on the telephone, so I cant hear the automated message.

Here's today's BQM for two VM connections in the same general area. The one that's worse is my work. We're back in Monday. I'd hate to be working in the call centres that day. 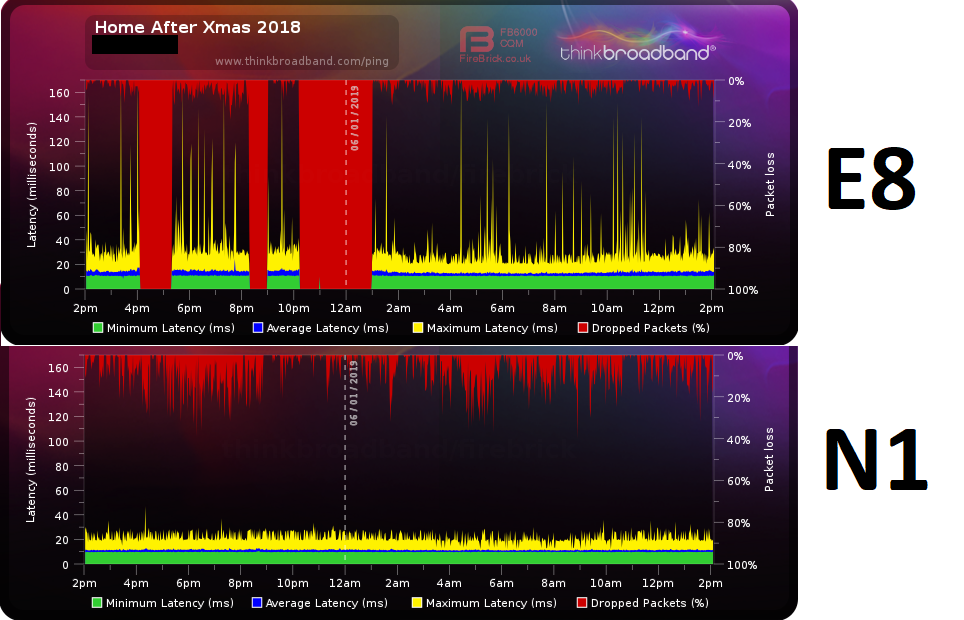 My engineer appointment was cancelled by Virgin based on the fault being a network issue and nothing to do with my equipment. You need to call them again and go through to customer services instead of the overseas box ticking call centre.  Mention  your postcode and the ongoing issues. If you’re within area 15 they *should* update you.

I am also in Area 15 (Postcode E8) and have been seeing large packet loss and ping spikes making streaming and online gaming impossible.

This has been happening since late Dec2018.

I have contacted virgin several times and they said nothing wrong, which seems contradictory to some of the posts in this thread.