Hi, I stream on Twitch, and just recently I have had a lot of problems with poor quality. Last night I was unable to stream at all due to the bandwidth between myself and any of the Europe Twitch upload servers. I tested this morning and its exactly the same problem. I use a tool called TwitchTest which measures the bandwidth available between myself and Twitch, and it came up as between 1,000-2,000Kbps on multiple tests and continues to be the same this morning. This is normally over 10,000Kbps. Just to check it wasn't Twitch, I've tried the tool on a completely different network and it's fine (over 10,000Kbps). I have the 200Mbit service from VM, and numerous speedchecks show I am getting around 200Mbit down and between 6-11Mbps upload. I am using a wired connection, and have rebooted my machine and router a few times to rule that out. Is anyone else experiencing this? Virgin Media, we arrange a check on my service to see if anything stands out? Thank you
0 Kudos
Reply
Highlighted

Buffer6
Community elder
1,324 Views
Message 2 of 14
Flag for a moderator

Take a note of the times that your getting poor connections and post your Twitch test results. I just tested to see what it's like here in the early afternoon 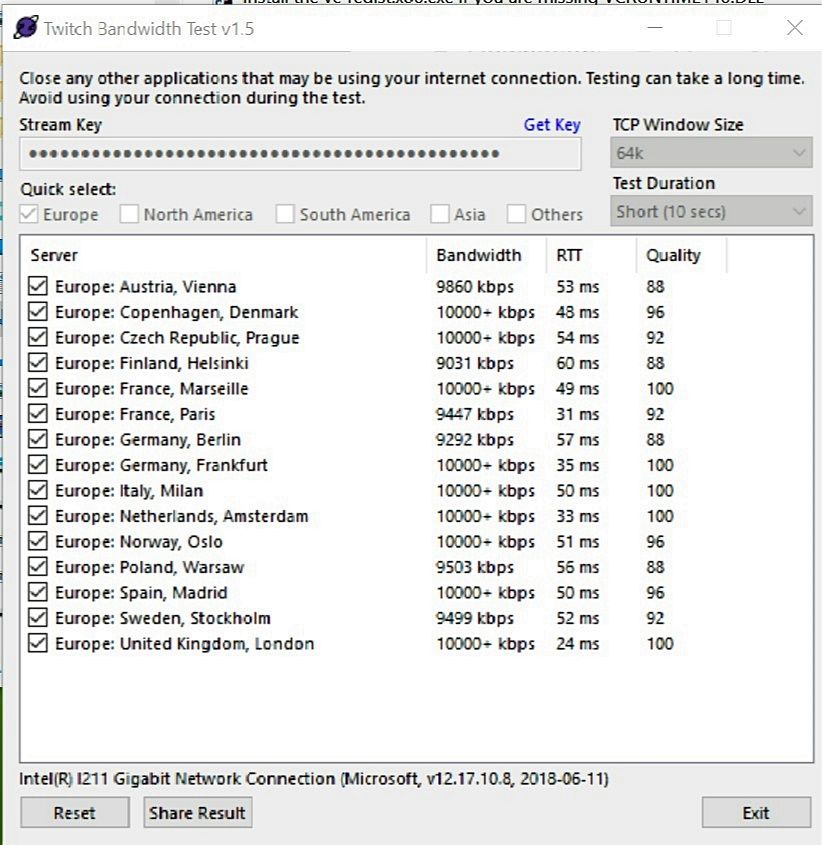 I've tested in the evening between 7pm and 10pm, and I tested this morning at 6am. Both tests produced similar results.

I have a regular streaming schedule of Monday, Wednesday and Thursday at 6:30pm to 9pm. I have experienced this for about the last week and a half. Prior to that I have not experienced anything like this and my schedule has remained the same.

Here is the test I did this morning. 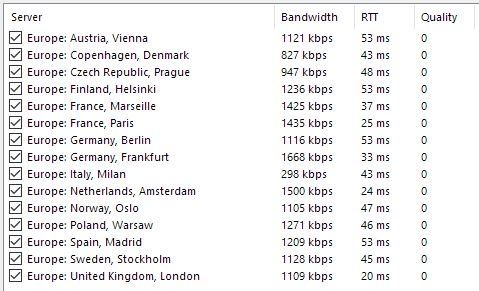 Spoken with 2nd line at Virgin Media tonight, did some trace routes on live-lhr.twitch.tv and had low ping with three hops timing out, and the final reserved.justin.tv [192.16.69.42] reports: Destination net unreachable.

Tonights bandwidth test again all showing below 2,000Kbps still but with a round trip time of 19ms for the UK server so it's reaching the destination, just poor bandwidth.

Could this be a modem developed fault? 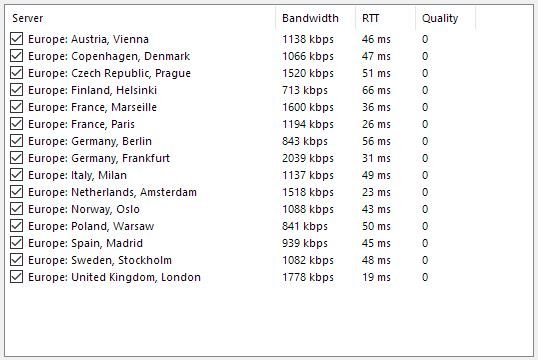 Buffer6
Community elder
1,292 Views
Message 5 of 14
Flag for a moderator

You could try Get Key and  reset of your streaming key in Twitch then change it for the one you used in the test, 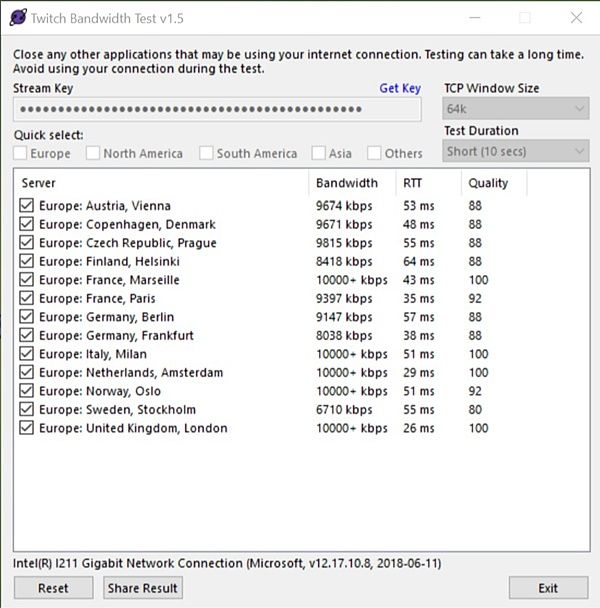 Thank you for the out of the box thinking, I hadn't thought about that, however I've been using https://inspector.twitch.tv/ and that shows all live and past broadcasts against my account / key. Only the broadcasts I've done and the tests I've been running in Twitch Test show.

The tracert earlier shows now issues (other than a few time outs) and final ping of 20-30s (which coincides with the Twitch Test Tool so its getting through).

I'm told there is an "issue" in my area interrupting peoples service, but I've not received any general use interruption such as disconnects or poor browsing / downloading speeds so I'm not sure it's linked, and neither did the 2nd line guy I spoke to tonight. But maybe it is, I don't know. The only way to confirm that is to wait until that problem is "resolved" by VM then I do my test again. It would be good if there was another set of servers I could test in a similar way (e.g. Youtube servers, Mixer etc). If they all had the same issue then I might be able to lean towards the local issue or a router problem.

Is it worth posting downstream/upstream logs before waiting for this other issue to be cleared up?

Buffer6
Community elder
1,276 Views
Message 7 of 14
Flag for a moderator

I'm also wondering if for any reason would a reset of the key make any difference?

it wouldn't do any harm, go ahead and post the logs, it can take up to seven days for one of the forum team to respond

Have you already run the broadband test in https://my.virginmedia.com/home/index and checked the Broadband  service status in your area?

Yeah I checked the status reports and it says nothing in my area, but when I call up both the automated message and the service desk say there is an issue in my area. 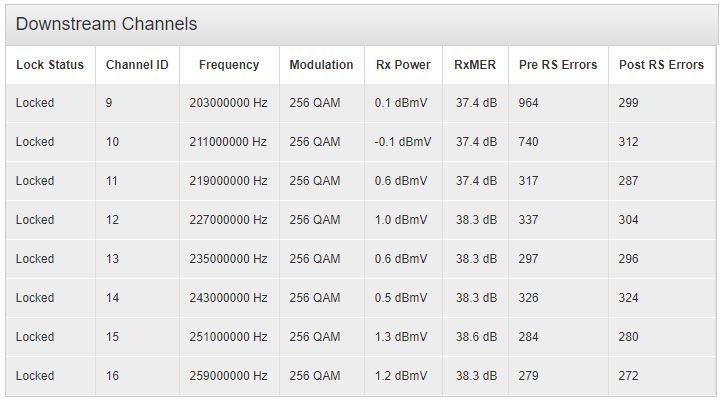 Still having the problem.

There was a problem in my area, and so the support team were unwilling to log anything or help further until that problem was resolved. The support website shows no issues and green now but I am still getting the issue.

In addition, I've also tried streaming to Restream.io and I get the same problem so its not just Twitch.

Sorry to hear about your Twitch streaming.