Ok but this doesn't give us an answer? What does "escalated back to networks" mean? This gives me no date as to when it will be fixed, if you guys are working on a fix, and what will be done for those of us who have been suffering with this for 2 weeks? I've heard from so many people working at Virgin Media say how we should phone, what you guys call, the "tech team" but they literally don't know what they're talking about. I'll put money on them just reading off a script. If a clear cut answer as to what's been causing this and a estimated date to when this will be fixed isn't given, many of us will switch providers. I can say for myself and many others that we're already looking into other offers from other ISPs. This is not the quality we're used to from Virgin, and it's sad that this is what's become.

"Sorry to see that the latency issues remain ongoing, this fault has been escalated back to networks who are investigating."

I welcome the fact that you have acknowledged the several reports of problems.

But I urge you to pass on both to "networks" and up your management line that the corporate response to multiple customers reporting the same symptoms since 21 December has been woeful - even after allowing for the holiday period.

As far as I can see there are 3 main possibilities:

a. the problems are local to individuals and it just happens that people have "jumped on the bandwagon" on seeing others reports;

b. the problems are not as bad as the BQM charts suggest (and they suggest the same issues at the same times) as there is a problem with the thinkbroadband.com system or with traffic to and from the address it uses;

c. there is a network issue affecting (at least) Hackney, Islington and other parts of North  London.

If (a) then I would have expected some users to have had their problems solved by now.  It would be natural for many such users to then move on.  But I have seen none at all report back here - or on social media - a successful outcome.  And that's despite several (me included) having had a tech visit.

If (b) then it is odd that the problems shown by BQM charts are supported by issues with games, manual pings and other traces.  And odd too that your network colleagues have not checked that: if there were a problem with BQM it would be a quick and cheap way of keeping your customers happy - and indeed keeping your customers.

If (c) then it is of course a separate matter whether anyone at VM knows there is a problem.  If they do then deciding to keep quiet about it is primarily a matter for VM'.  (It seems to me a bizarrely expensive one - unless you have tech visits to spare at this time of year.   But as I'm not a shareholder I have no locus to pursue that.)  However it does have a knock-on effect on customers in various ways.  That includes the costs (direct and indirect) of being at home for tech visits which are - as expected - nugatory.

The last point – the costs incurred by users - tilts the balance for me to a formal complaint after the resolution of the problem.

I have just cancelled my contract.

I've had them replace the hub but the issue persists and Virgin Media still claim there is not an area fault.

Hope you guys get a fix this year...

Im waiting on a reply from my formal complaint (2 complaints actually) since they never reply.

i believe their inability to provide the service which im paying for is enough reason to cancel my contract?

Just spent about 45 minutes talking to tech on the phone(maybe longer).

It actually started quick spicy, with me talking for about 10 minutes explaining the issue, what I have done to try fix it, and what other customers, in area 15, have done to try fix it and then I went on to talk about head ends and how its Virgin Medias fault. Want to know what the "tech" on the phone replied with? Nothing. She locked the phone off. I guess I overwhelmed her with the facts. I called again, this time making sure to get the techs name and double checking that he won't flake out and lock the phone off like the previous tech. He ensured he wouldn't. He was actually helpful. He understood the situation I was explaining, I wasn't being rude and was trying to make him see eye level with me as a stressed out and unhappy customer. We went back and fourth, came to an agreement there's only a few things tech can do and that is either send out an engineer, send new routers, diagnose problems from their computers, or file further complaints forward to a higher team. I eventually asked to speak to a higher up, like a supervisor or a manager, and I did. The manager recommended to me that I go on the forums (because I told him how me and other unhappy customers from area 15 are on the forums looking for answers) and tell other customers with the issue to phone up, give a complaint and make sure that the tech person they're talking to guarantees to file the problem and send it through. He went on to say that if it's one person calling up from an area then it is clear it is a fault to do at their home, but if there's multiple people calling up complaining, once we file these complaints, red alerts get sent instantly to engineers and to virgin and engineers are sent out instantly for solutions.

That is what I was told, there wasn't much help but at least I got some insight as to how everything works. I wasn't able to get a time estimate for a fix, but I did state that I highly doubt I'll be going into the new week as a Virgin customer still if I am given no answer as to when it could be fixed.

Good luck with your phone calls, or anything you guys do to try fix it. If anyone gets a different answer or actual help please be sure to post it, and if you plan on calling make sure to eventually ask for a higher up/supervisor/manager if you feel like you're getting no answers. I let the manager know I won't be the last person from area 15 calling you guys today or tomorrow, or the day after.

i have rang everyday for 3 weeks, not sure what else i can do
This is the reality of trying to game atm on virgin media 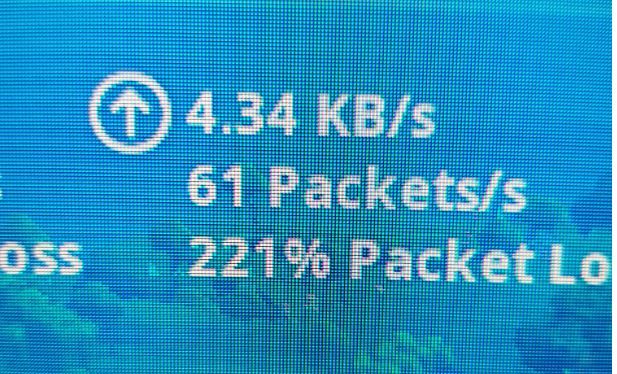 I have done everything you said the guy on the phone assured me a member of management would call me back within 48 hours, its been like a week.

Virgin we have no choice there the only fiber option for most of us (i think its all a con between sky, virgin, and BT) you rarely have the option to get all 3 of them in the same area. Openreach seems to be doing fiber one road a year so that is a waste of money. third world countries have better internet options

Right, just rang Sky they WILL pay your cancellation fee to virgin via credit up to £100, and if you have tv up to £200. So you can cancel and move to sky.
🙂

Finally a mod has replied, but why does the status page still say no problem?  Why are the staff still not acknowledging this on twitter? Where is the ETA?  What about compensation?

Virgin we have no choice there the only fiber option for most of us (i think its all a con between sky, virgin, and BT) you rarely have the option to get all 3 of them in the same area. Openreach seems to be doing fiber one road a year so that is a waste of money...

I prefer a stable DSL to a faulty fibre...