Happy Star Wars day! In honour of this very special occasion we’ve put together a list of our top Star Wars bits and pieces. No Bothans died bringing us this information.

Every day is Star Wars day here, we don't need an excuse to quote The Empire Strikes Back or argue about the relative merits of The Clone Wars or Star Wars: Rebels cartoons. But we realise that not everyone has actually watched the films... so pop over to Sky Cinema now and check them out. They're on all day... just pop back when you're up to date! 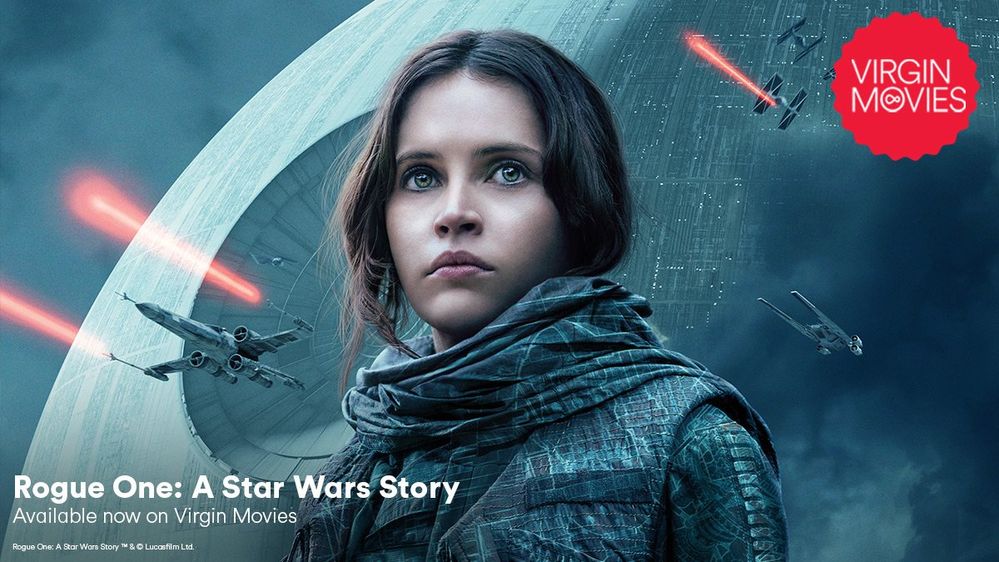 Rogue One: A Star Wars StoryTaking place just before the original trilogy, Rogue One sets up the events that transpire in a New Hope. It's up to Jyn Erso - Felicity Jones - to steal the plans for the new weapon the Empire is creating. It's a space-heist movie, and even when you think you've seen it all, there's an ending to watch over and over.

I was a bit sceptical of this film at first (as I am with any spin offs of a beloved series) but Rogue One won me over with ease and I saw the film four times in total at my local cinema mainly due to that ending. With it's classic band of loveable rag tag heroes mixed with great storytelling and incredible Saving Private Ryan- esque action sequences Rogue One earns its place amongst the Star Wars films.

Find it in On Demand > Movies > Virgin Movies 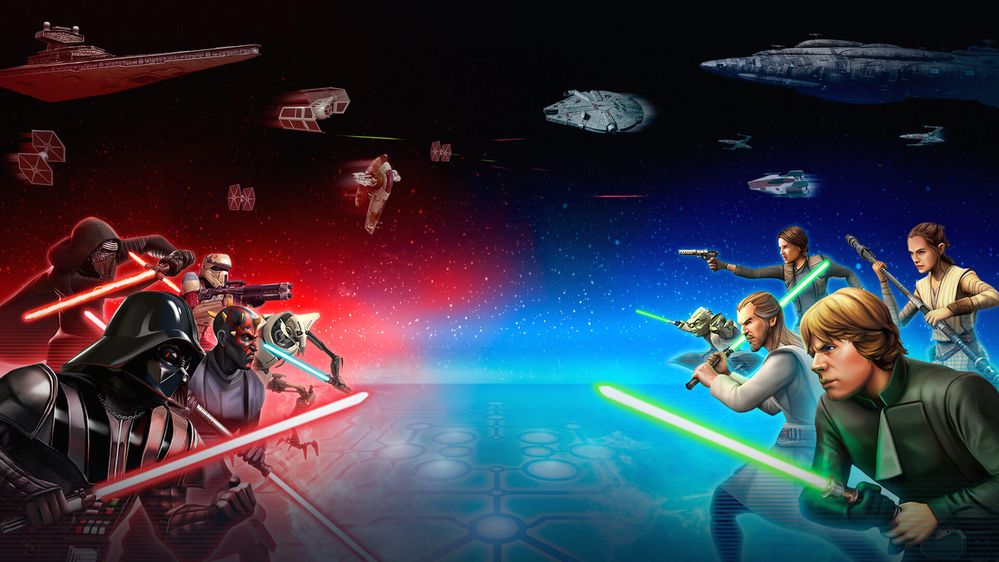 Star Wars: Galaxy of HeroesIt's one of those questions that's lived with us all our lives.
We’ve discussed it from the playgrounds to the pub.
Who, just who, would be your dream Star Wars team?

Would you pick the original makeshift crew of Han, Leia, Luke and Chewie? Or turn to the Dark Side with the Emperor, Darth Vader, Boba Fett and their army of Stormtroopers? How cool would it be to team Kylo Ren up with Darth Maul? Or Anakin Skywalker with Darth Vader?

Well for the last few weeks that’s exactly what I’ve been up to with Star Wars: Galaxy of Heroes (Free on both Android and Apple store, with optional in-app purchases)

It follows the familiar mobile free-to-play model that Marvel: Avengers Alliance and DC: Legends made popular. Build your team from the colourful characters of the Star Wars universe, battle and collect more characters and abilities. More recent updates have added Ship battles too so I’ve had Boba Fett's Slave 1 team up with the Millennium Falcon to take on rival X wing squadrons. (J_G) 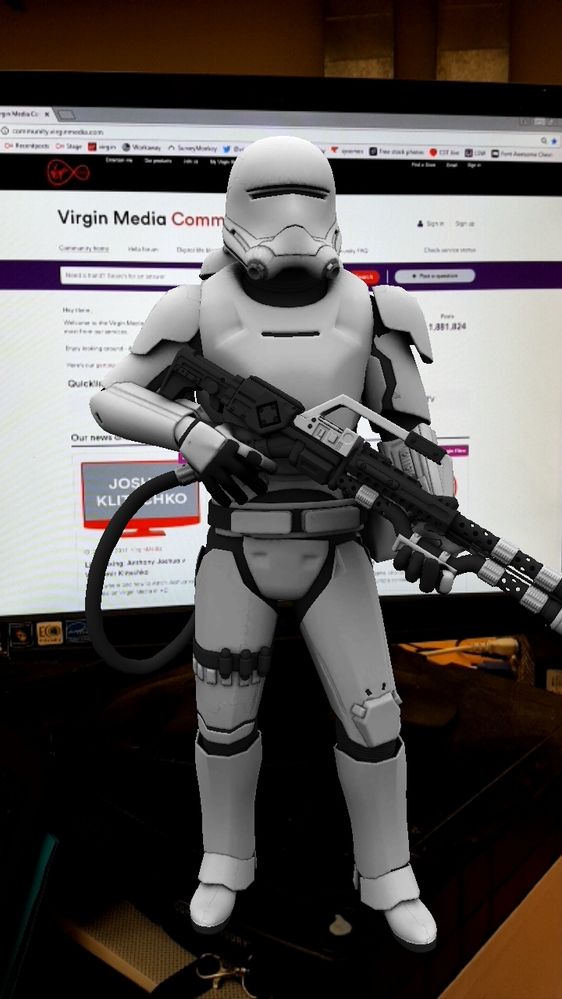 Flametrooper visits the Community
The official Star Wars App from Disney is brilliant. Not only is it a fantastic news source for all things Star Wars, but there's great little features too that are fun / annoying for all the family.

The news section is a great way to spend some time keeping up to date with Episode 8 and beyond, and the video library includes the Star Wars Show Vodcast - which is superb - as well as trailers.

There's a sound board, so you can get your phone to make Chewie / R2 noises all day long - or to answer any questions with the brilliant "Tell that to Kanji Klub" line.

The app really comes into it's own with it's immersive tech - from the basic framed selfies of you in Jedi robes to the augmented reality function which place a Flametrooper or K2-S0 in your house. The Jakku Spy 3D experience is most impressive too. The app is free on iOS and Android  (J_W) 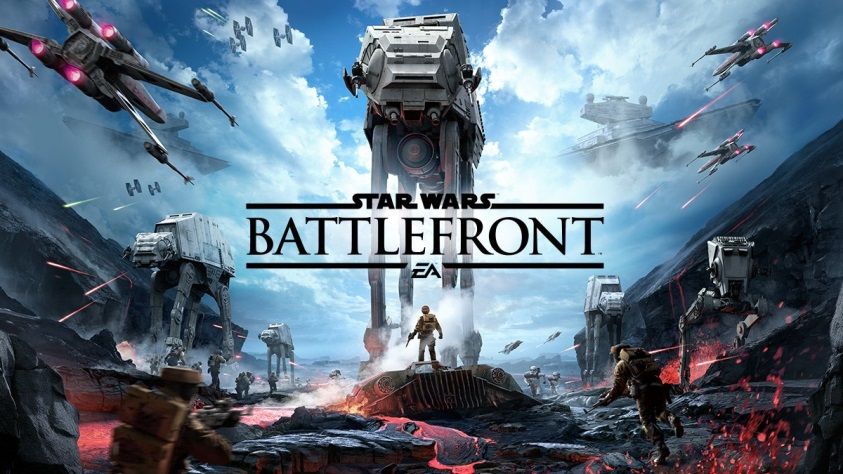 Star Wars: BattlefrontReleased in November 2015, this game has been around for quite a while now and is still proving a big hit with Star Wars fans and FPS gamers everywhere.  Multiple DLC has been released since its launch allowing players to battle in iconic locations such as Cloud City, Scarif and even the Death Star. Space battles were a big hit in previous Battlefront games so the decision to bring them back went down a treat with longstanding fans.

EA recently announced that a Battlefront 2 will be arriving in November and provided an action packed trailer to accompany this news which you can view below.  Darth Maul…. a potential, playable character….?

The trailer for this landed a few weeks ago at the Star Wars Celebration event.
The film is expected to follow on directly from the ending of the last instalment which featured the first meeting between Daisy Ridley’s Rey and Luke Skywalker, played by Mark Hamill.
Once you’ve seen the trailer check out this article here to see if there’s anything you may have missed.
December 15th can't come quick enough... (T_S)

>May the fourth be with you. Always.