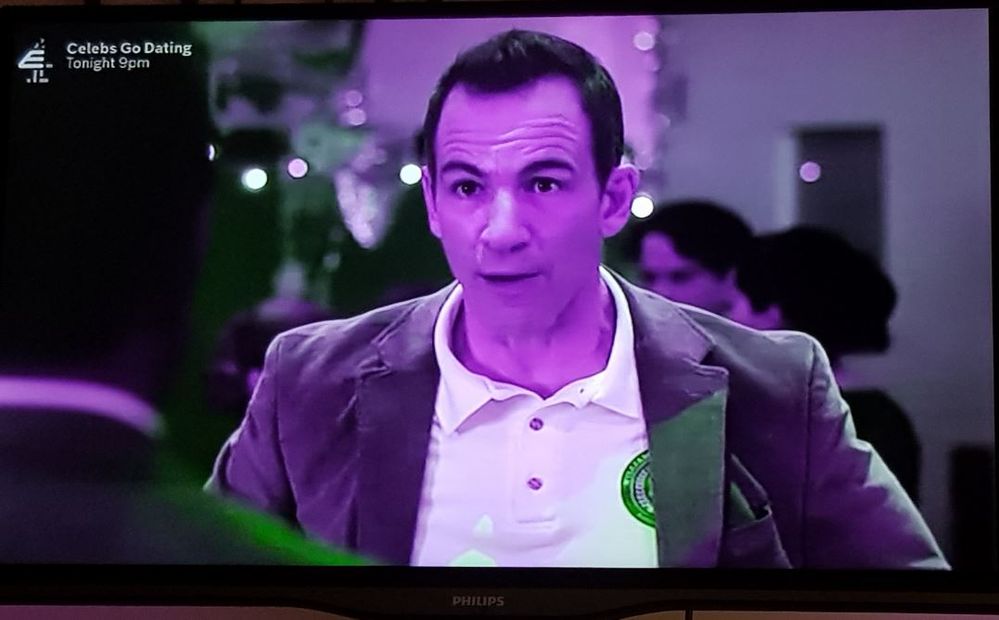 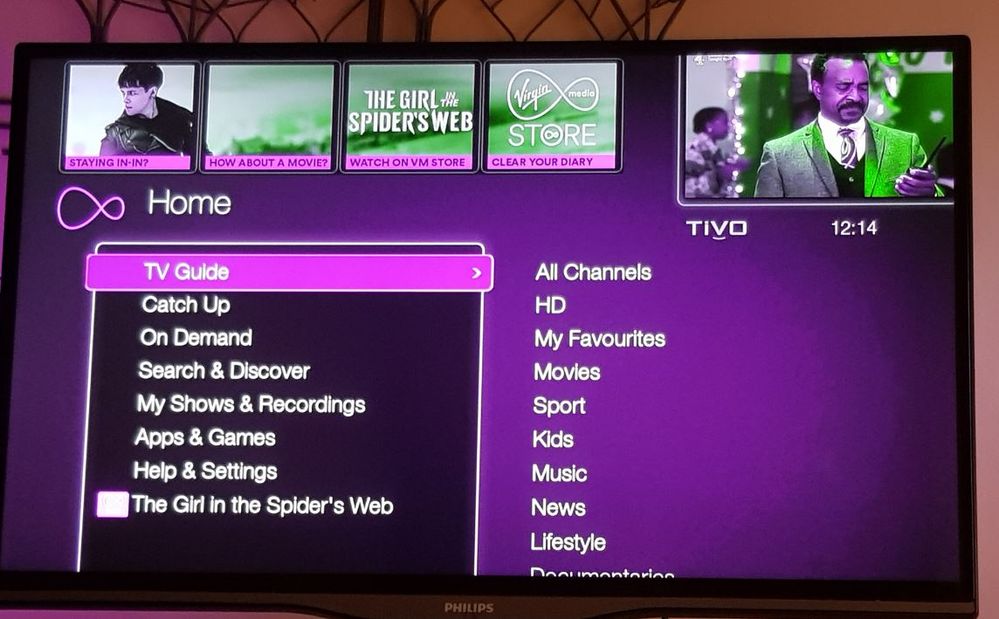 Here is what I am greeted with when I switch my tivo box on... I have to turn it off and turn it on again to reset the picture.  The other member of my household cant grasp this and has to watch it in green and purple if he turns the tv on!   Its been like this since it was installed and no attempts I have made contacting customer services has resulted in anything positive.

Thanks for posting on our Community.

I do apologise for the inconvenience of the V6 box picture being on Purple and Green.

Can you please send us a screen shot how it looks like and attached it on your post.

Looking forward for your response.

Thanks for the response and sorry that you're still having the same issue.

Appreciated that you have done some further checks to have this resolve.

Just want to check, If you were able to try to connect your TV on a different input like DVD player to check if has the same color or not.

Let us know how it goes.

I'm sorry, I don't own a dvd player. Who does nowadays?
0 Kudos
Reply
Highlighted

Thanks for the response.

different input for us to check if it will be the same issue.

littlebrooklyn
Dialled in
1,061 Views
Message 35 of 45
Flag for a moderator

I got the green and purple screen today for the first time.  Haven't had any issues before with the V6 box till today, but I turned the TV on and right away the screen was all green and purple and obviously my first thought was that it was something wrong with my TV.  However I switched over to my rooftop aerial and the picture was fine, also put on a DVD and that played fine too.

After rebooting the V6 a couple of times the green and purple went, however now my screen is a lot darker than before, to the point where it's pretty unwatchable, so I am thinking something must be wrong with the box and it's just totally messed up.

I duly phoned CS this evening, got cut off, phoned back, got the usual stuff that other people have said.  It's my TV that is faulty, well no it isn't, there is nothing wrong with my TV, it's not very old and everything else works fine on it.  Then it's my HDMI lead,  I was told to wait 2 days and phone back if the picture was still dark.  Really not happy as the V6 box isn't that old and it's got a lot of stuff on it that I haven't watched and really not happy trying to resolve the issue and just getting no help when I phone.

Not in contract any more, so if this isn't resolved I will just take my business elsewhere.

littlebrooklyn
Dialled in
1,046 Views
Message 36 of 45
Flag for a moderator

Well I'm replying to my own reply in case it's helpful to anyone else.

This morning I took the HDMI cable out of the TV and plugged it into a spare TV we have, picture was perfect!

I then switched the HDMI leads round and connected my main TV to HDMI2 instead of HDMI1 where it had been, once again picture was perfect, so for our issue it obviously IS something in the TV and as soon as JL are open I will be phoning them to get someone round to hopefully sort the problem out.  Now I feel bad for blaming VM for something that obviously isn't their fault!

You wont get any sense out of them, they simply refuse to acknowledge that the new tivo box can be faulty and I am fed up of jumping through hoops to make it work, mine switches on to a purple and green screen every time and has done so since the day it was installed, I also tried plugging it into a new portable tv and it did exactly the same. I have simply given up and have resigned myself to having to reset the box every time I use it, admittedly, I haven't used the tivo box it for weeks now, preferring my amazon & now tv dongles so I may look at downgrading my package....
0 Kudos
Reply
Highlighted

We have had this issue for several months with a c 5 year old Philips ambilight smart 3D LED tv. It happens about 30% of the time when first starting up each day. But if we have been watching tv for an hour or so, switch to another source (DVD, Amazon Fire, Apple TV etc) and then go back to the V6, it happens about 95% of the time. Virgin came out and swapped the V6 box, and we have tried different HDMI cables, sockets, V6 and tv settings etc - but all to no avail. I am guessing it is just some kind of handshake error inherent to the V6 box and some “older” televisions. We cope just by pulling out the HDMI from the back of the tv (it is stand and not wall mounted) and replugging - which immediately solves it. Irritating but just about okay ...

I am sorry to hear that has been happening, Have you tried a different HDMI with your V6?

Yes, we have tried multiple combinations of using different HDMI cables and sockets on the tv. All produce the same result. And it is only the V6 box (both the original box and the replacement provided by Virgin) that does this – all of our other sources (Apple TV, Amazon Fire, DVD player) work perfectly.