I had been watching a new show called Manifest which is on sky one, it was advertised as 'all episodes available now on demand' and they were, I set a series link and bookmarked the show on my shows. I have 2 V6's and a Tivo and the show was being watched on all 3 boxes.

All episodes then just disappeared except episode 1. I have checked Virgin Go and all episodes are still available however the app won't allow me to screen share from my phone to TV.

I had to call 150 about another issue and the man confirmed I should have access to the show and advised he had raised a ticket and it will take 48 hours. It has nearly been 48 hours and still no fix to the issue.

I don't fancy spending another 40 minutes getting through to someone on 150. Does anyone have any suggestions?

I have manually reconnected to the virgin media service 😕

Re: Missing series on demand

Sorry to hear this has happened

So I can look into this for you

Re: Missing series on demand

This issue is well-documented and discussed in the forum: 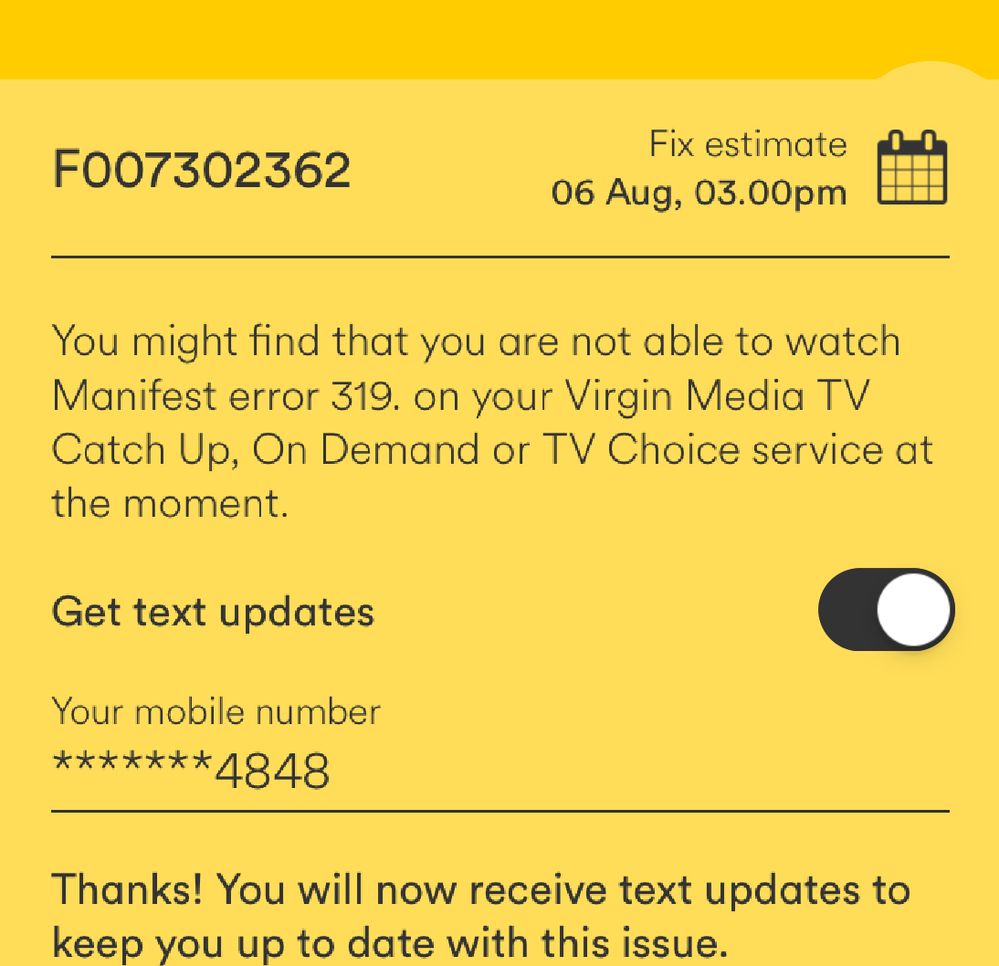