Iv paid for the fight but when trying to watch it it’s really pixelated and pretty much unwatchable I’ve restarted my virgin box and still having the same issue! Is there any solution so I can watch the fight? 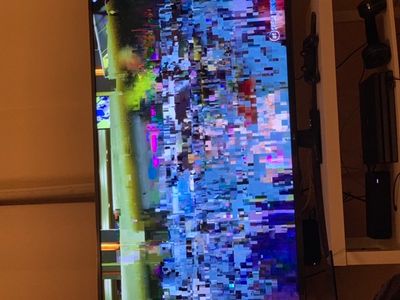 Sounds as if you have a signal issue which is likely to need a visit - you're best calling faults.

Had exactly the same issue, even with the 2 x replays. Phone 150 early hours this morning, automated message only due to office closed till 0800hrs, stated to reset etc.  I done this numerous times, but did not work.  I did not have a sound issue like most I have seen complain about, just an unwatchable picture - all the other 200 odd channels were fine, just this live event.

I Called 150 this morning for a refund to be told I cannot be refunded because I didn’t watch it at the time and that I should have phoned them.

I explained I did not watch it out of choice, but due to the service you sold did not work. Plus explained I did call at approx 0200hrs, but received the automated message as your offices are closed.

They confirmed my above call, but still stated no refund because I chose not to watch it!  This obviously went round in circles for a bit, I was not accepting a no to the refund.  Got put through to another department who apologised and understood, but transferred me to another department, then I was cut off.

I phoned 150 again, went through all the stuff, and got through to someone who was really understanding and confirmed I will be refunded.

Thank you for your post,  We are really sorry that you had this experience whilst watching the fight, we believe that this was resolved shortly after the start of the card. I hope this didn’t effect you’re enjoyment of the event too much, If we are able to assist you any further then please do let us know.

...unfortunately, there was a nationwide outage on Sunday night (https://community.virginmedia.com/t5/Virgin-TV-V6/Massive-Pixelation/td-p/4157860

, which would have been the culprit for your pixelation issues.

It has since been resolved but as already stated above if you're still experiencing issues, phone VM Support line (150 from your VM landline).