I have just upgraded my tv to this: https://www.richersounds.com/samsung-ue85au7100.html

When rebooting the the V6 box, the welcome screen and starting up screen shows up, but then signal is lost.

The cable works fine on other devices such as AppleTV and Nintendo Switch.

Is there a solution to this?

(Note: its difficult to test this with other, shorter cables as the V6 box is in a rack in the garage, with cables running above the ceiling and down behind a wall.

4k over hdmi cable shouldn't really be longer than 3 meters

When rebooting the the V6 box, the welcome screen and starting up screen shows up, but then signal is lost.

What signal is lost? Are you saying the boot sequence doesn't progress and the box is stuck in the startup cycle?

I believe the box startup process completes, but as soon as there is a picture to send, the signal from the box drops.

I find it hard to believe that we can send pictures from Mars and the end of the solar system but we haven’t figured out a way to send 4k at 10m.

Update to this thread.

I managed to make it work. Not sure how, but here’s what I did:

So looks like perhaps either the box or TV adjusted settings once the adapter was in, and recognised each other. No idea.

Anyway, works now and saved myself hundreds digging out the cable from behind the wall and above the ceiling.

Thanks for the update

Also time to relax now and enjoy the new purchase

I had the exact same issue on Saturday (And still have) with a 10m & 15m cable.  I have 2 x Samsung TVs not particularly brand new models, but one is a couple of years older than the other.  I moved the newer TV from one wall to another which required longer cables.  To cut a long story short it wouldn't work with either cable.  I too got the welcome screen when the Virgin box was initializing and once booted I got a picture for a split second, but then the screen just showed HDMI 1 as not connected, then HDMI2 & HDMI3 when I tried those.

I tried the older model TV and this worked no problem on both cables.  I contacted Virgin support to ask if there was a maximum length of cable they recommend, but they didn't believe there was.  As a test I tried both cables from my laptop to both TVs and it worked on both.  I even got in touch with Samsung support who suggested the quality of cable, but couldn't offer any suggestion why it would work on the older model TV.

I tried fix with the HDMI extender, but unfortunately that didn't work for me.  So I bought a 5M HDMI cable, which probably isn't long enough for what I require, but I'll have to move a few things round and it worked fine.

Yes, I believe the issue is the quality of cable for that length - I’ve seen fibre-optic suggested in other forums.

That said, I have managed to make it work with my 10m cable.  I’ve attached a picture of the adapter I used, which seemed to trigger a setting either in the box or TV, and then worked with the cable alone. 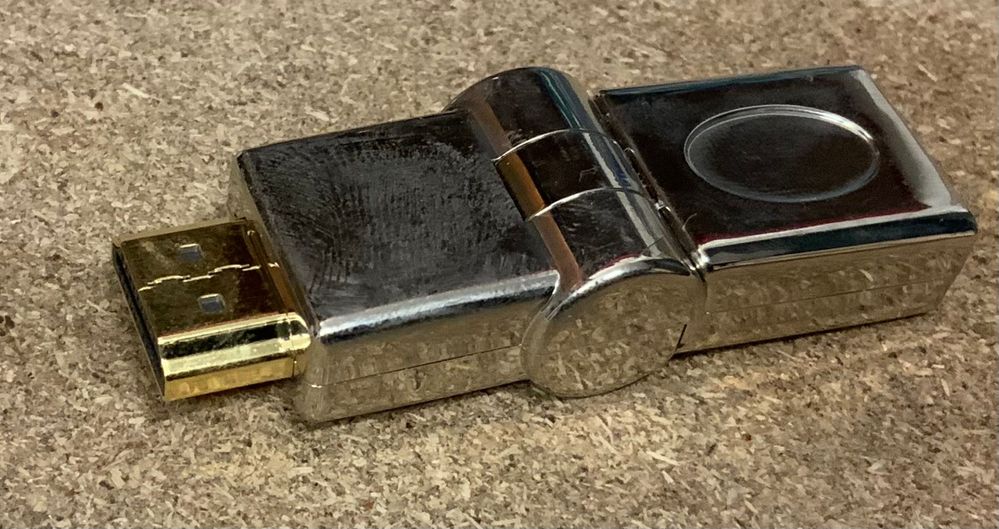 Thank you that.  I must admit the one I purchased was a pretty cheap option.  I'd already bought another (5M) HDMI cable, so more or less made my mind up I would have to move a few things around.  I thought it was worth a shot as other than the model number of the TV our issues where exactly the same.

Do you recall where you got yours from or was it one you had hanging around?