LauraBeech8
Tuning in
1,493 Views
Message 1 of 12
Flag for a moderator

Hi we got our brand new 360 box on 17th of Dec. For the last 4 days the TV colours have been horrible! Mega saturation. Isn’t the TV and doesn’t happen on Netflix or Prime. If re boot fixes for an hour or so. Bought new HDMI cable and still same issue

If I've interpreted your post correctly, you're saying this problem doesn't occur on streaming apps. Does it occur with OnDemand programmes?

Is it happening with any specific channel(s)?

LauraBeech8
Tuning in
1,468 Views
Message 3 of 12
Flag for a moderator

Hi thanks for getting to me so quick.
so it’s as if the Virgin 360 box is stuck on high contrast. A factory re set has done nothing.
all channels , apart from streaming apps. Even viewing the TV guide it is painful to look at as the contrast is so off. I have done a hard reset on the TV it’s self and this is fine when not using the Virgin 360 box

Can you post a picture of the problem? It may help.

What is mysterious here - you've said that streaming apps aren't affected, but these use the same HDMI output to your TV. Hence my asking whether OnDemand programmes (as opposed to streaming apps) are ok. That would be another alternative video source.

LauraBeech8
Tuning in
1,460 Views
Message 5 of 12
Flag for a moderator

Ok so this photo is of the TV channel, my husband has just a tried to watch something on prime and he said that is also massively contrasted , maybe the show I had on Netflix just didn’t seem that bad , photo also to show prime as highly contrasted 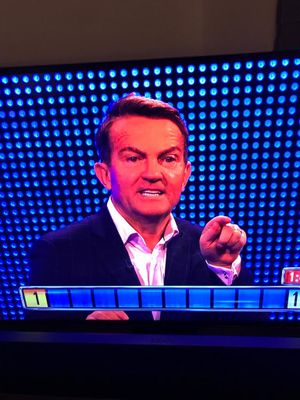 LauraBeech8
Tuning in
1,445 Views
Message 6 of 12
Flag for a moderator 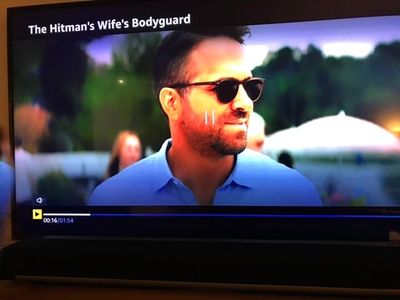 Welcome to our Community Forums! Thank you for your first post, and I'm sorry to see that you're experiencing this issue with our services at the moment! I can understand that this can be frustrating to view.

Have you taken a look at your TV box settings to see if you can amend them to suit your needs? You can take at our Changing Settings on Virgin TV box page for more information and instructions on how to do this.

Please keep us updated on how you get on and if this can help with your issue.

Have experienced the same issue several times, most recent just happened now. Watched a movie on 360 Amazon prime app. Movie was in HDR.

When movie finished pressed guide button and selected BBC1, when the channel appeared the picture was totally miscoloured. Over saturated and painful to watch.

Moved from 360 box to the BBC iplayer app on my Chromecast.

Not sure if the 360 box retained the HDR settings and as BBC was not in hdr, it corrupted the signal.

Strange issue that has happened several times but not for a few months.

An addition to my previous post. So today i have watched several channels, BBC etc and all were fine. I then watched something on the 360 Amazon prime app which again was in hdr.

I then switched to Amazon prime app on my Google Chromecast with TV and the picture was perfect. See picture below showing a comparison of TV picture.

Have turned TV and 360 box on and off several times and the TV picture from 360 box is stuck at the horrible over saturated look on normal channels as well as Amazon prime.

Have also tried recordings that were previously perfect and they are now showing the same distorted colouring.

I have just unplugged 360 box and left it unplugged for a few minutes. When i restarted it colour in all things was back to normal.

Went to Amazon prime app again, selected Jack Ryan which is in hdr. Started watching it and then thought i would try to adjust sound settings that changed in 4.39 update. Hit home button on remote to go to 360 settings and menu was back to being discoloured and bbc which had been playing was also discoloured.

Went back to Amazon prime app, menu all distorted, navigated back to jack Ryan and hit resume and the picture went back to normal.

This time rather than hit home button, i hit the back button and this took me back to the prime menus which were back to being properly coloured.

I repeated these steps with another hdr movie and the same thing happened.

Then i selected a non hdr show and when watching it, hit the home button and this time the 360 settings menus stayed the right colour. 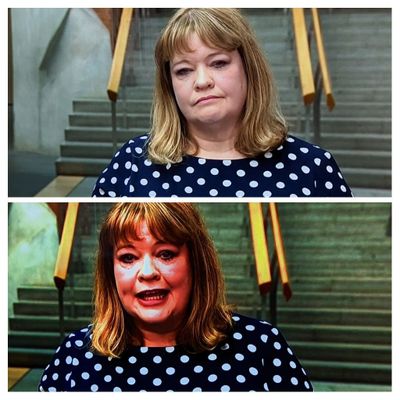 Welcome back to the community!

Sorry to hear you're having question quality concerns with the 360.

Have you tried the steps provided in the link above. You can see the steps in the section 'How to change display settings'.

Let us know if this works for you.