Really need some help with this bloody 360 software.
I have set a few series links and the recordings are all over the place.
air crash investigation on national geographic is recording at weird times of the day even though when I first set it up I set it to record at 9pm at night on a Monday but now I’m getting some recorded at 9am. We are currently on series 21 but when I look at the settings it says all from series 20 onwards but I do not want series 20.
dave Turin’s lost mine also records at weird times of the day.
really am losing the will to live with this 360 as I’m constantly having to delete stuff that is recorded as I’ve already watched it.
Any help with this would be greatly appreciated before I disconnect the lot and throw it out of the window

Find a series 21 episode in the Guide and Record Series. Use the advance options when setting up to ensure it’s set for 21 and later. 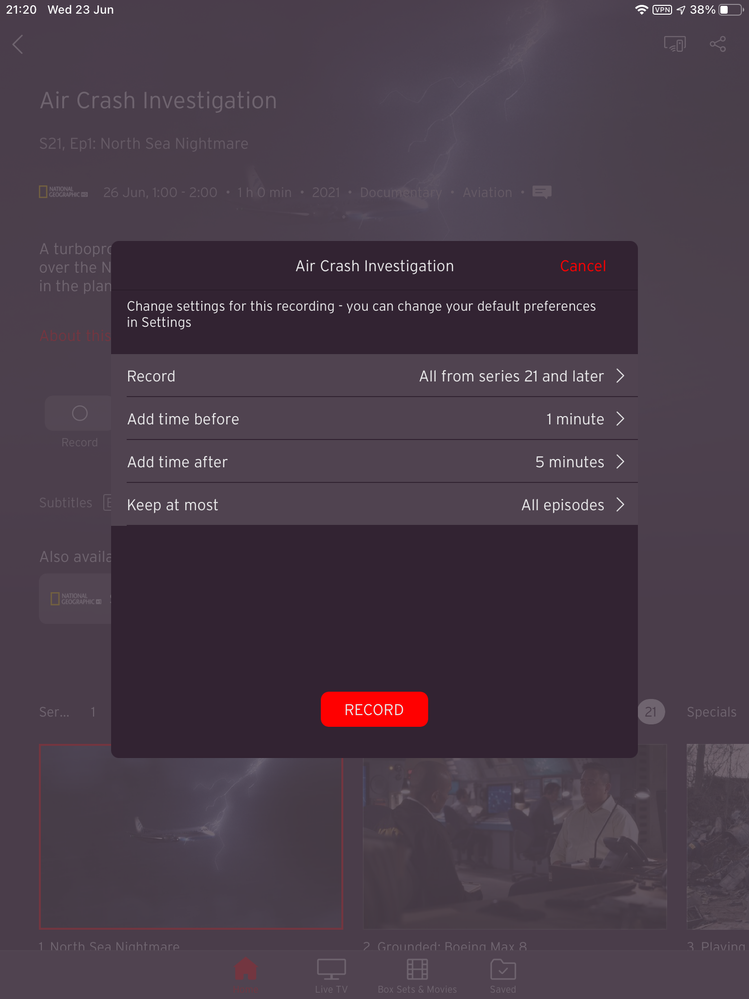 Cheers for that but what a load of messing about. Old v6 did it properly and with no faffing about as we could set it to new only. Any chance we will get new only on 360 eventually

Sorry one more thing. Why is it setting recordings for aircrash at 9am in the morning and not at night time when I actually first set it up

Does the 9am episode match your SL criteria? A quick check of my V6 guide data suggests these are S21 episodes which would match what you've mentioned thus far.

Edited: My box is in use at the moment so I can't check the episode data forensically, but looking at TV Control it looks like each episode has multiple showings, could yours be picking up an earlier broadcast than you'd found, and be scheduling that instead?

Do you mean the episodes that I want to watch.
i set up the series link tonight but now it’s showing episodes to be recorded tomorrow Friday Monday and Tuesday.

getting to the point of not knowing what I have watched and haven’t watched
will have to start watching each episode to see if I have watched it or not.

One of the things which often confused users (myself included) when migrating from the old V+ to TiVo-software was that V+ SL's were timeslot-specific, and TIVo was episode-specific. Let's say a new episode had 5 showings, and you happened to chance on the second repeat. You'd set a SL from that, and wonder why the recording wasn't scheduled. It was because TiVo had identified it as a repeat, and set the first showing instead.

Could something similar be happening here? I appreciate the 360 isn't quite as forensic with its SL facilities, but could your box be recording earlier showings of each episode to that which you're expecting?

Really do appreciate your help but I am getting mega bloody confused with it all.
I thought that when I set a series link it would show each episode a week apart at the same time like my v6 box did but this 360 just records when it feels like it. Why does it not just record at the same time. I have other series links that do the same.

I suspect the issue here is that series 21 is NOT new and has been previously broadcast.

National Geographic seem to now be re-broadcasting this series, both out of order and at silly times. 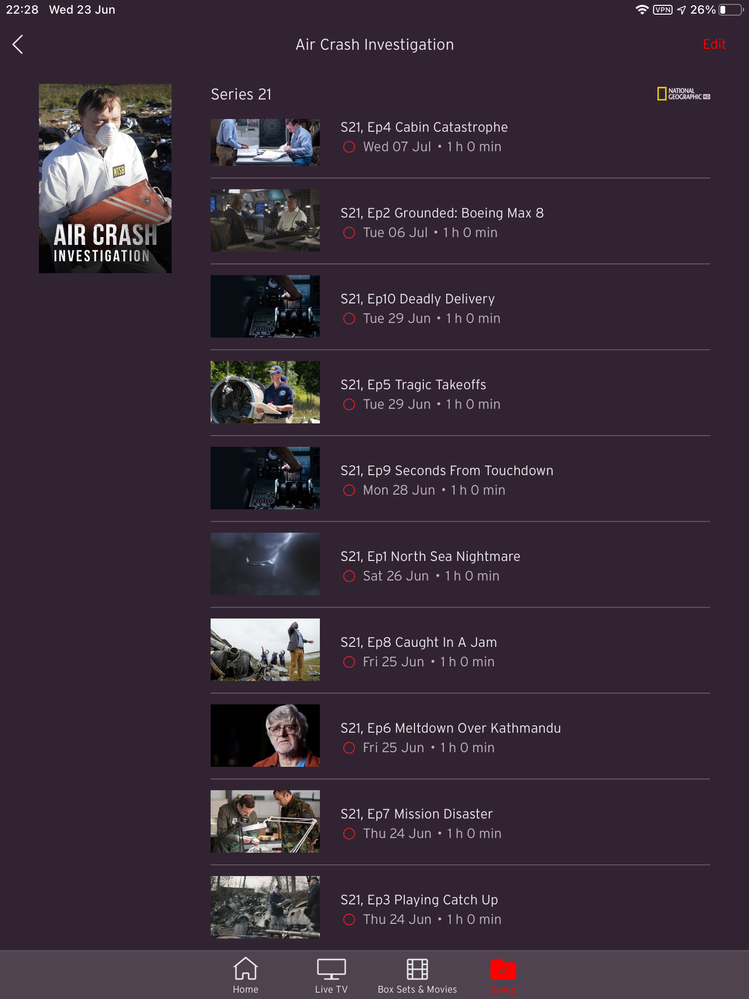