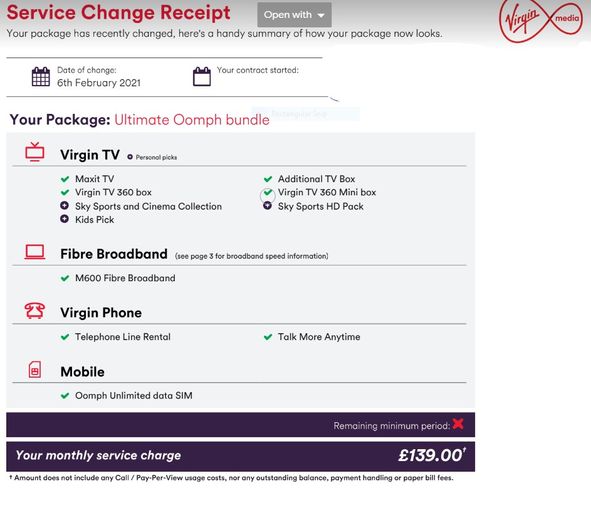 No, you should have two boxes. You have been sent two full boxes which is actually better than one full box and a mini.

I have had same query with them, I upgraded on 4th Feb, slightly different deal of 2 360 boxes, 2 360 remotes ,PSU's  and cables. plus the Hub 4 Gig1 (£96.50) but had the additional box on the contract and now my 1st new bill, have spent ages on phone either send additional box or reduce my subs, with no luck 😞

You have two boxes, you’re paying for two boxes (as explained above).

If you really want a mini box, you need to send back one of your migrated V6s.

It's the way the bill is broken down,

the oomph package is for 1 of each and that is why the bill is generated like that, it is a standard package that is on offer, lucky people seem to be getting 2 360 boxes I don't know why maybe there is a shortage of minis.

Hope this explains the billing, if you want a mini as well as your 2 360 boxes that will be an extra charge.