I received my 360 remote on 28 Nov and tried to update after locating the App in My Apps and all I get is Migration Not Available error MA1/1/404 even after reboots.  I have contacted faults and tech support on two occasions and been given two deadlines when this would be resolved, both of which have passed.

I today contacted VM for a third time and was transferred to Second Line Faults where I was given instructions to disconnect ethernet and use wifi to connect to VM servers. after this had finished I was told to reboot and press HOME.  Basically now the Update to tv360 has gone from Home and My Apps and the adviser gave no explanation and ended the call.  Any Advice please

I know its annoying and for some the upgrade process has been a nightmare unfortunately you will need to ring in. press the option for thinking of leaving to get through to retention's as they tend to answer to quickest. Ask them to transfer you to the TV360 team as they are trained on the the TV 360 platform and the upgrades. They should be able to help you to be honest having your boxes connected Ethernet is better than WiFi so have no idea why they asked you to do that. If no joy from the TV 360 team hopefully someone from the Virgin Team on here can look into it further .

I have called VM leaving but after entering 1 for account holder I get a message that an engineer will be calling but there is no date or time.  I pressed 1 to check appointment but have on hold for 20-30 minutes. gave up with no idea about this appointment.  Will try tomorrow as I have wasted most today and my life dealing with Virgin Media 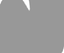 Are still able to watch TV or is the box unusable ?

This is a link to another post with your problem,

V6 is fine all channels are ok .

I am just going to chuck 360 remote in a draw as this rollout seems to be complete shambles.

I wish I did same

I would keep an eye on your apps because if the upgrade get's sent again I am sure I have read on here that it will self install after 7 day's.

If I'm wrong someone will tell you.

Just had a visit from a VM engineer who has told me that Migration Not Available MA1/1/404 means my V6 box is not compatible with TV360 software and a new box will be sent out.

Don't know whether that will be Arris or Humax.

Are there any differences in what the box looks like? Just been told it will have TV360 software.

The boxes look the same, the newer boxes are made by Humax instead of Arris who made the old V6 boxes. There are some slight hardware differences but the details of what that is are not known. All I will say from my experience of using the new TV 360 Horizon platform on both an old Arris V6 and a new Humax TV 360 box. The software runs a lot smoother and quicker on the new Humax boxes and deffo has a lot less bugs.