The BBC Apps on our Virgin 360 box have stopped working.  We get the BBC iPlayer / BBC Sounds Loading page then nothing, it just seems to hang.

Other apps are working fine such as Netflix and ITV Hub and the settings report we have a good connection.  I have reset both the Hub and the 360 box.

Any ideas what the problem is?

Thanks for posting, would you be able to post a screenshot of the issue please? 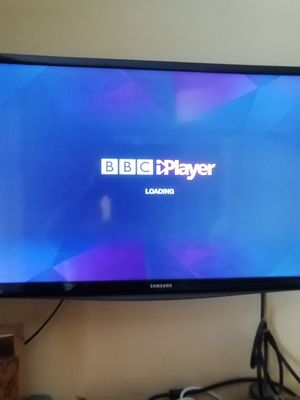 That's the same screen we are getting too.

Only joined Virgin month ago after 25 years with SKY. No issues until recently. Problem started 3 days ago, no BBC iplayer, though fully available on linked Laptop. Waited until today to carry out online and box checks. Code showing A01, (app unavailable). Checked all connections, rebooted, reconnected. and diagnostics checked. Additional issue emerged; "Port configuration test failed". 6 Ports needed to be connected. Called helpline 150, 1/2 hour later connected. Agent seemed to work enthusiastically for a while then after he consulted somebody else interest faded and then stopped. Speedily broke off contact and e-mail sent. This seems to be a serious issue with thousands of related posts. I would remind Virgin as I did SKY, Coronavirus does not abrogate their customer service obligations. This is a service failure and needs sorting, though an explanation would suffice in the short term

I look forward to seeing an update on this soon as it takes a way a lot of the functionality of the 360 such as watch from start and catchup.

So its back to watching iPlayer via the Chromecast!

Me the same the same problem. IPlayer no longer loads. No error message. Reboot has not solved the problem.

I too am getting the same 'LOADING' screen when either running the BBC iPlayer App, or attempting to watch any BBC show from catchup.

This only happens from the main Humax 360 box though, the 360 Mini runs BBC iPlayer without any issues.

I have only just installed the 360 boxes this evening, replacing 2 x v6 boxes and all other apps seem to work okay from both boxes.

With the problem possibly being widespread amongst 360 users,  I trust VM have this in hand to offer a quick resolution.

I don't hold much hope of a quick solution to the BBC IPLAYER being fixed...

Virgin only want your money 💰