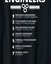 What the HELL is going on at VM?

Obtained 4 PAC codes for PAYG sims a WEEK ago, and passed them to '3' to transfer over to them.

Today, 3  are STILL not done, and '3' are stating that VM are not releasing the numbers?? WHY

After a WEEK, VM STILL not releasing the number,  '3' have assured me they have escalated this with VM, but they are not responding!!

VM have stopped PAYG, and it appears are dragging their heels over releasing the numbers as well!!

Assume VM are not interested, and do not care anymore?

Customer service STINKS at the best of times, this is just a DISGRACE!!

Welcome back, thanks for posting.

I am so sorry for the issues you are having at the moment.

Have you been sent out a new SIM? Have you tried the new SIM (if it has been sent) In a different handset?

This is about moving numbers from VM PAYG to '3'.

Nothing to do with new vm sims.. it's VM's reluctance to release the VM numbers that are being moved to '3' and for which VM issued the PAC codes for over a week ago, but will not release.

As VM's PAYG no longer exists, we are now '3' customers, and are unable to use our 'ported' VM numbers on the '3' network.

Taking over a WEEK to release PAC requested numbers is just WRONG!!

VM do not want our business on PAYG, but, are also making it impossible to transfer the numbers to '3'!!

'3' insist that VM are the culprits, as they have requested the number release, and VM are stalling!!

Currently, both the 'ex VM numbers' are 'dead' and we have no phones on those numbers, only the '3' numbers we were 'supposed' to have them transferred to!!

Nothing to do with 'new' VM sims, just VM's reluctance to release these numbers to '3' for transfer!!

I will send you a private message now, then I can help you further.