A few months ago I got a sim with my virgin TV/Broadbad package. My vodafone contract still had a month to go so left that one in my phone until my contract expired. Then when it came round to it I had misplaced the virgin sim so had to order a replacement.

When the replacement arrived I then setup a port of my number from vodafone but on the day of switchover the replacement sim did not work. My phone says nothing other than "Emergency calls only":

So I assumed this was because the handset was locked to vodafone. I requested the device unlock code from vodafone but this was supposed to take 10 days. It has now been about 3 weeks and still nothing even though I've chased them for the unlock code.

I then remembered I had a Nokia PAYG phone that originally came with a virgin sim so I got that out to use until other phone is unlocked, however when putting my pay monthly sim into this phone it just comes up with "Can't register SIM": 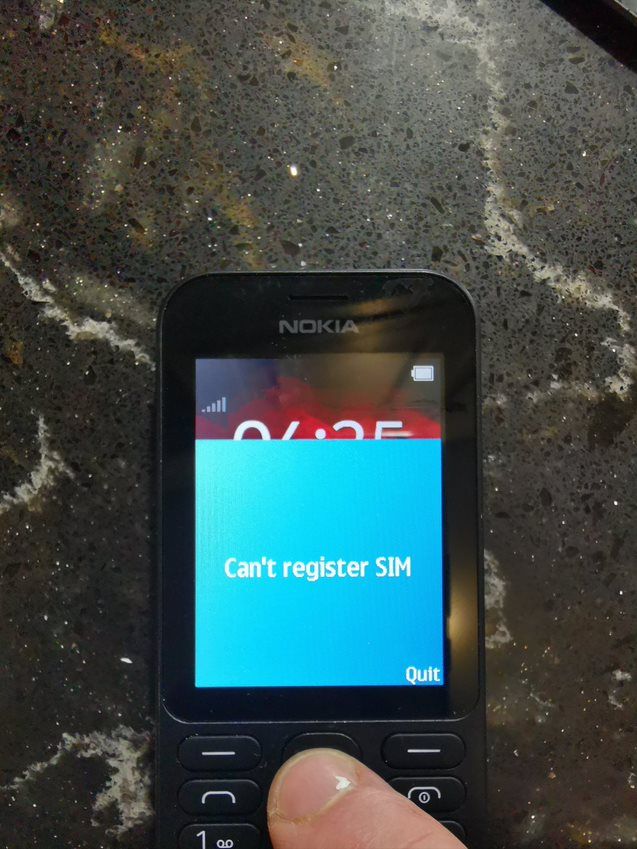 Now I'm wondering if the SIM is a dud or not registered correctly rather than my original phone being locked?!

Is there a way I can tell:

Re: Replacement sim doesn't seem to be working

So I called the support telephone number and it turns out the SIM was blocked for some unknown reason!

It's just annoying that I've now been without a phone for about a month but still paying the bill...

Re: Replacement sim doesn't seem to be working

Welcome to the Community and thank you for posting.

I am very sorry to hear of the problems you have been experiencing with the SIM.  I see you have spoken to the team who have advised it was blocked.

Can you please expand on this and confirm if the SIM was activated?