Cash back for iPhone purchase is a scam

I purchased a new iPhone 12 on 4th November 2020 under the impression that I'd be able to get £100 cash back for my old phone trade in, as stated in the terms and conditions of the promotion. 21 days later and I never received the promised promo code needed in order to claim the extra £100 when recycling my old phone through Brightstar. The offer is clearly stated on the trade in page on the Virgin Media site. 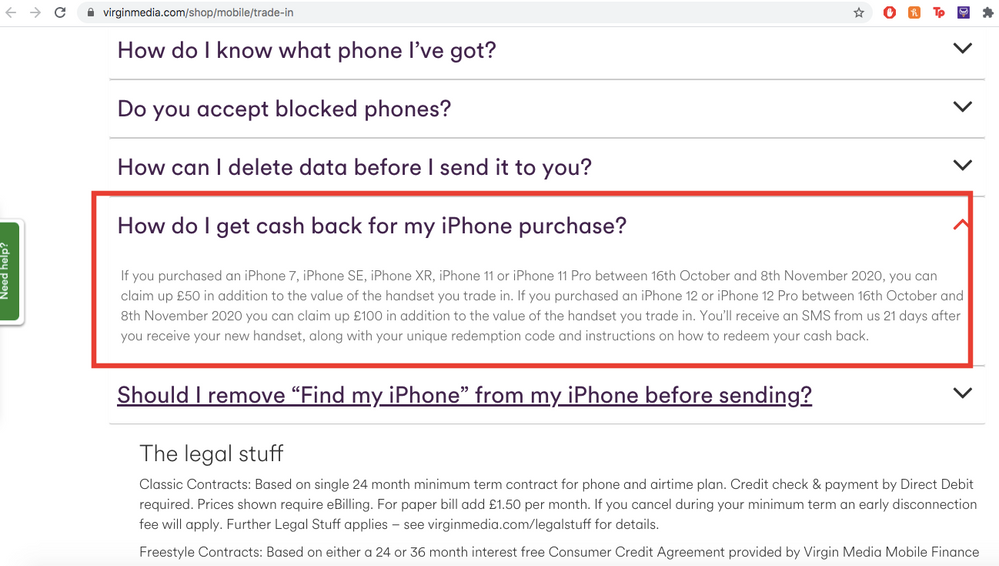 I have spent countless hours on the phone and on the messaging system trying to get this sorted but no one has done anything to help me. Just before Christmas, I was told an 'investigation' was opened and that I would hear back. Now, almost a month later, I have still heard nothing. I can't trade in my old phone without that promotional code so now I'm missing the £240+ that I was basically promised as I bought my new phone. I just feel like Virgin expects me to leave the issue so no pay out has to be made.

I just want to be able to claim the sum I was promised, because I'm really starting to regret ever getting a contract with Virgin if this is how new customers are treated.