PortsmouthUK_AP
On our wavelength
4,125 Views
Message 1 of 15
Flag for a moderator

Is the 2021 Virgin Media fibre-coax network still the same as NYNEX installed in Portsmouth in 1991?

In the 1990's Cable TV was rolled out across the UK to provide subscription viewing and landline services, the various franchises such as Cable & Wireless, Telewest, NTL, NYNEX etc to name a few before they all took over each other and become Virgin Media as we know it today.
In 1991 in Portsmouth + Brighton, it was NYNEX (in association with Britannia Cablesystems)
https://techmonitor.ai/techonology/nynex_to_offer_local_phone_service_in_uk_by_year_end

> Did they install the then-new "broadband" cable, capable of supporting a 750MHz+ bandwidth and served by a fibre-optic backbone that took cable TV forward in the mid-nineties?
> Is the Virgin Media fibre-coax network used today the original infrastructure originally rolled out in 1991? Basically, is the cabling, street cabinets, nodes etc the same from the 1990s, which carried the analogue cable TV which now carries broadband and digital today?

When NTL became the owner of most of the cable network in March 2006 (which became Virgin Media in February 2007) the network comprised hundreds of rollouts by the previous operators who had varying standards, working practices and budgets. The network is essentially unchanged with fibre from hub sites to optical nodes and coaxial cable from the nodes to customer premises via one or more distribution cabinets (this is known as HFC). Much of the original cabling exists, e.g. some coaxial drop cables installed 30 years ago are still in use. This network is being upgraded all the time including the upgrade from DOCSIS 3.0 to 3.1 and there is a lot of life left in it.

In recent years an FTTP network has been installed in new areas, but the TV and broadband packages are the same regardless of whether it's HFC or FTTP.

PortsmouthUK_AP
On our wavelength
3,837 Views
Message 3 of 15
Flag for a moderator

Despite Roger_Gooner's writing about Portsmouth:  "Much of the original cabling exists, e.g. some coaxial drop cables installed 30 years ago are still in use. This network is being upgraded all the time including the upgrade from DOCSIS 3.0 to 3.1 and there is a lot of life left in it."

A 25th January 2021 Portsmouth City Council document which does not mention local Virgin Media fast broadband :
https://democracy.portsmouth.gov.uk/documents/s29691/Full%20Fibre%20to%20Home%20-%20City%20Fibre.pdf
3.7 CityFibre is investing £32 million of capital investment to futureproof Portsmouth’s digital infrastructure and provide residents and private businesses with access to reliable, high speed and high capacity digital services.
3.13 Full Fibre will see existing cable (Coax? Copper?) replaced with fibre optic cabling and is considered the highest standard for internet connections as it is fast (up to 1Gbps), reliable and futureproofed. It will cope with growing demands and won't need to be replaced or upgraded in the foreseeable future.
3.20 Once the infrastructure is completed .., residents and leaseholders will be able to take up or switch to a package offered by the new internet service providers. There will be no obligation for residents .. to switch .. and they are free to continue with their existing contract providers.

A 26th February 2021 ISPreview article confirms:
https://www.ispreview.co.uk/index.php/2021/02/cityfibres-1gbps-fttp-broadband-goes-live-in-portsmout...
According to local ISP partner Giganet, the first homes to go live on Cityfibre’s new FTTP infrastructure were this week connected in the Southsea area

Not sure what you're after here.  VM are coming under pressure from both new gigabit fibre providers and Openreach FTTP, and over the next few years that will dramatically change the competitive landscape for ISPs.  VM's ageing cable technology will struggle against this in terms of technical performance, but at the moment the number of customers who have true competitive offers for gigabit (or at least high-hundreds megabit) options is small.  And given that the technical disadvantages of VM's coax network are not understood by 99% of customers, the vast multi-hundred million pound a year marketing budget will keep customers joining or renewing.

In terms of what that means for VM, they would know, and must have a technical strategy to deal with it, but they won't be letting Joe Public know,  Realistically, the ageing and fault prone analogue coax needs replacing with fibre, because even if they renewed the NTL. Telewest and other original network builders' coax, it is not the technology of the future.  Whether the commercial case exists to replace the existing circa 100,000 miles of coax I couldn't say.  Looking at how VM appear to be run, I suspect that the current owners Liberty Global will have run the numbers, worked out that instead of rebuilding the network as FTTP, the most money can be made by sticking with coax for as long as possible, and at some point selling the VM business to somebody daft enough to buy it.

Roger_Gooner
Alessandro Volta
3,785 Views
Message 5 of 15
Flag for a moderator

There is a miscomception that VM's coaxial cabling is on its way out. The first thing to realise is that it's greatly superior to the copper phone wiring which DSL providers rely upon for the last mile. Then coaxial is just part of the cabling as it's a hybrid fibre-coaxial (HFC) network which in several places has had coax replaced with fibre. Indeed, one scenario is to continue to drive fibre so deep into the network that VM ends up with node+0 with only coax used for drop cabling.

VM is upgrading the entire network to DOCSIS 3.1 which will provide the platform for highly competitive 10Gbps download speeds on the HFC network. The FTTP network is entirely separate between the hub site and customer premises, and there is no business case for ripping out HFC to replace with FTTP.

PortsmouthUK_AP
On our wavelength
3,773 Views
Message 6 of 15
Flag for a moderator

The whole GigaNet take-over of fast broadband seems totally messed up in Portsmouth:

Meanwhile the CityFibre/Giganet is available in Lorne Road which we know has had NO new fibre installed
But has still the old NYNEX cabling now used by Virgin Media to offer > 200 Mbps ??? 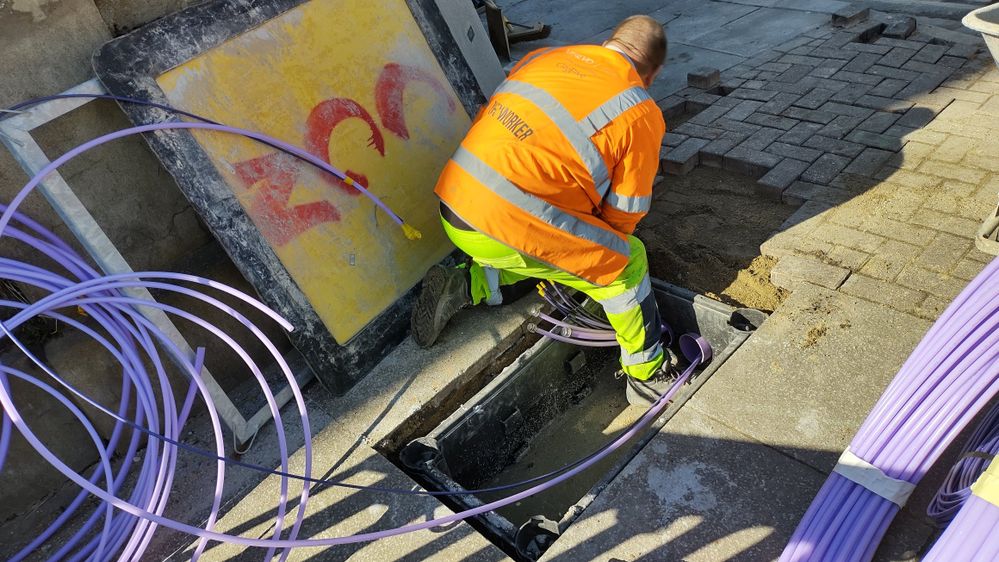 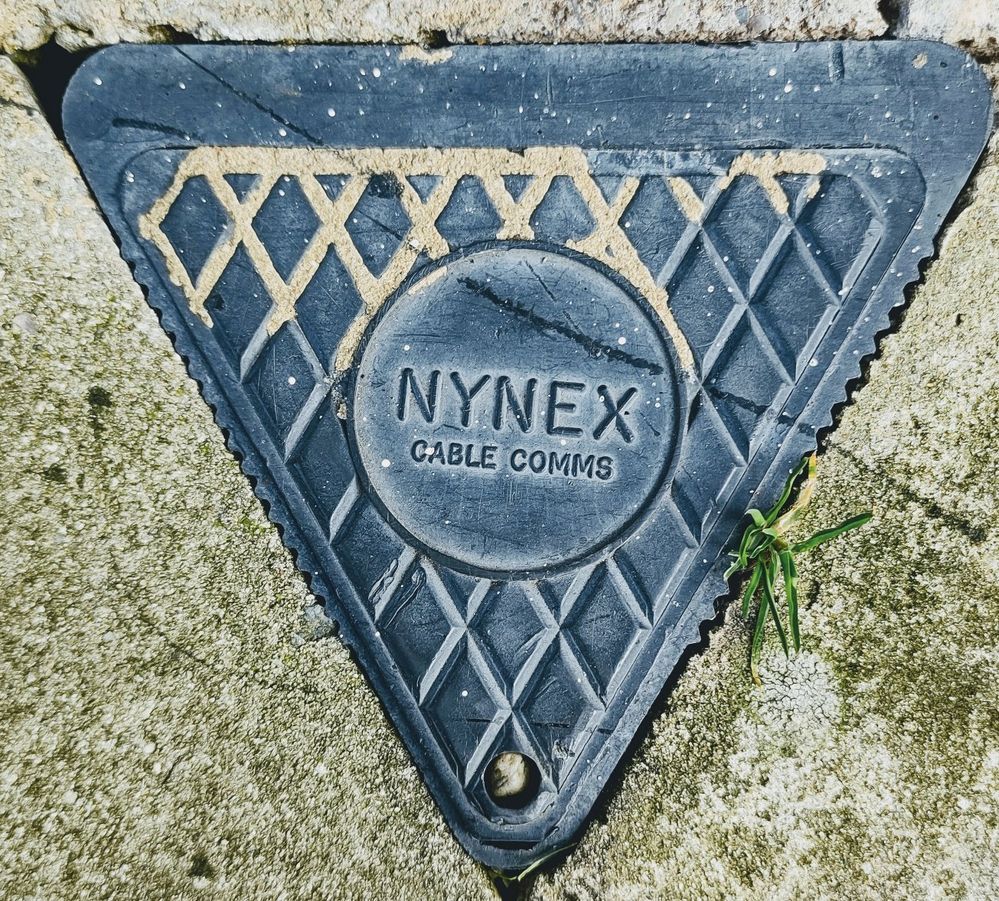 Roger_Gooner
Alessandro Volta
3,754 Views
Message 7 of 15
Flag for a moderator

In PO5 2PT VM offers M500 broadband for £46pm on an 18-month contract. If you subscribe to the Ultimate Oomph bundle you get M600 plus TV, landline and mobile phone for £79pm. By the end of 2021 you - and everyone else - should get 1Gbps* as the entire network is planned to be upgraded to DOCSIS 3.1.

* You will be supplied with a hub 4 if you don't have one as this is the only hub to support DOCSIS 3.1.

Roger_Gooner: There is a miscomception that VM's coaxial cabling is on its way out.

It lasts a long time, but it is the technology of analogue cable that is on its way out, not the individual lengths of cable.  Nobody would now lay a new coax network, even VM use FTTP for their network extensions, and a "last eight inches" coax setup purely for compatibility with the existing systems.  Radio frequency communication is prone to noise ingress, and the system is more costly to maintain than FTTP, and requires fractious CPE and related kit.  I admire the fabulous ingenuity of DOCSIS, but like the internal combustion engine and the cathode ray tube, it has reached a technological peak as other technologies supplant it.

VM is upgrading the entire network to DOCSIS 3.1 which will provide the platform for highly competitive 10Gbps download speeds on the HFC network.

Sounds like a press release from VM.  Other than a very, very few individuals, where's the use case for 10 Gbps now or in a decade?  I can't stretch my 200 Mbps connection at the moment, and even if I had a house with four 8K TV's all concurrently streaming 8K content, that's still less than 500 Mbps of bandwidth needed.  Even then, until humans evolve higher resolution eyeballs there's no domestic need for 8K.  Data use is climbing rapidly, and has done for years, but to plan on the presumption that it will just keep climbing is to project a line forward, but that's largely on the back of rising resolution and streaming, and to extrapolate that growth as fact without any supporting justification is folly.

Have a look at the comparative BQM graphs in this forum comparing Zen/Openreach 1 Gbps connections to VM D 3.1 connections, and there's no comparison - what VM need is not to raise their speed game, but to improve their line quality (and customer service).  But because they've played a winning hand on speed for twenty years, that's all management can see as the way forward.  I'm sure VM will soon be pushing 2.5 Gbps, and then 5, then 10.  But that won't help if there's competition in the 500 Mbps -1 Gbps.

Roger_Gooner
Alessandro Volta
3,698 Views
Message 9 of 15
Flag for a moderator

How can you say that "analogue cable that is on its way out" but dismiss its part in being able to deliver 10Gbps which the FTTP operators are planning - like Community Fibre which has offered 10Gbps for years and Openreach readying its network for this with Nokia kit. As for the cost of maintaining the HFC network: that's for VM to worry about and it's a lot cheaper than replacing it with FTTP. Bottom line, what matters is what gets delivered and it really is of little concern to anyone whether the cable coming into their premise is coaxial or fibre (unless the cost of powering the ONT bothers you).

Actually ALL data transmission, be it over coax copper or fibre is actually analogue - the 'digital' 1s and 0s are encoded onto an analogue signal. Although optical fibre is less prone to interference (although this is usually due to bad connections), it isn't actually intrinsically better than copper coax - at least not at the speeds and frequencies we are talking about here.