Can anyone confirm if the network connectivity has improved in the Wrenthorpe area of Wakefield (WF2) during the evening?

I'm contemplating coming back but only if Virgin Media has resolved (got their act together) the issue with over-utilisation during peak hours.

I can't speak specifically for that location, but as a broad guide, VM's performance on over-utilisation has worsened considerably over the past year or so.  There were hints of this months before Covid kicked off, suggesting a policy decision in 2019 to "pack'em in tight, never mind if they can't move, poke'em with a stick and you'll squeeze more in".  At the time I put that down to positioning during the merger planning with O2.

Since Covid it's got much worse, in particular because of upstream over-utilisation.  Often that won't affect tested speeds, but it destroys latency, and it's occurring because the 10:1 download to upload capacity that current cable technology permits can't cope with the combination of contention (ratio of users to bandwidth) plus the increase in upload demand from people working from home, video calling, and gaming because they can't go out.  Obviously if it's only Covid driven then things might let up later this year, but that's hardly a great offer, is it?

Bear in mind that over-utilisation can occur across quite large or quite small areas, so somebody in WF2 could have no problems, but you might, or they might have an appalling connection and your might be just dandy.  Personally if in your shoes I would be very careful about a return to VM at this time, and because VM appear to have a severe "transparency problem" with over-utilisation I would be sceptical about any assurances or promises.  The nearest to a trustworthy source would be a very nearby neighbour on VM who'd be willing to let you set up a BQM against their IP address (or do it themselves, and show you the results), which would show whether there's a problem or not.

Sorry I didn't realise someone had replied to my post. Thanks for the detailed information and explanation Andruser, it's massively appreciated.

I will definitely take your advice and approach one of my neighbours about setting up a BQM against their IP address so that I can gauge the performance levels over a set period of time.

Lets hope they have resolved their issues but I very much doubt it on the way that they manage customers' network incidents. 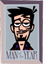 On this occasion, unfortunately, I completely disagree with what you are saying . Virgin Media should allocate enough bandwidth/capacity to cope with the extra/increased demand on their network. I'm with Sky at the moment and I've not noticed a single drop in speed whatsoever as a result of the current situation we are all in. I know I'm only getting 80 Mbps to the router over a cooper wire but I am happy with that if it is consistent and stable during peak hours, which it is 😉

Which ISP do you work for?