So M200 should be faster right?  Unfortunately not - only around 50-60 Mbps at best using same ethernet connected desktop...how can this be ?

An Virgin engineer called to repair a phone fault...so sounded him out about the Broadband speed and he was fairly sure that the speed had not been increased by sending info to router when upgraded.  So called VM to get it checked and upgraded...a simple task I thought. Managed to get through to UK call centre (all good so far) 40 minutes later having explained that the VM hub was connected to PC via ethernet cable and I was still being told that it was a wi-fi issue with bad signal from hub to PC!!!!!  Eventually I was left on hold for extended periods whilst he was checking the possible answers to my problems from a crib sheet. His final answer after best part of an hour was to 'leave it for 24 hours and see if it gets any faster'......unbelievable!

And no it didn't get any faster as I suspected....my M200 hard wired connection is still at around 52Mbps

Go to the Hubs admin page 192.168.0.1 and check the Config tab. The Primary Downstream Flow will show the speed of your Hub.

The Primary Downstream Flow is as follows

Could you tell me what that means please?

<snip>    Could you tell me what that means please?

That's the config for 200MB, so your configuration is okay.

So, as advised by @conman33158  above, have you checked the cable you are using?  Should be Cat 6a and the NIC is capable for 1GB speeds?  What device are you using btw?

Your primary downstream confirms you are on M200.

If you have Windows 10 or 11 you can open powershell and type in get-netadapter | select name, linkspeed (screenshot at the bottom to show I have a 1G network card)

Other ways to check the card and change settings 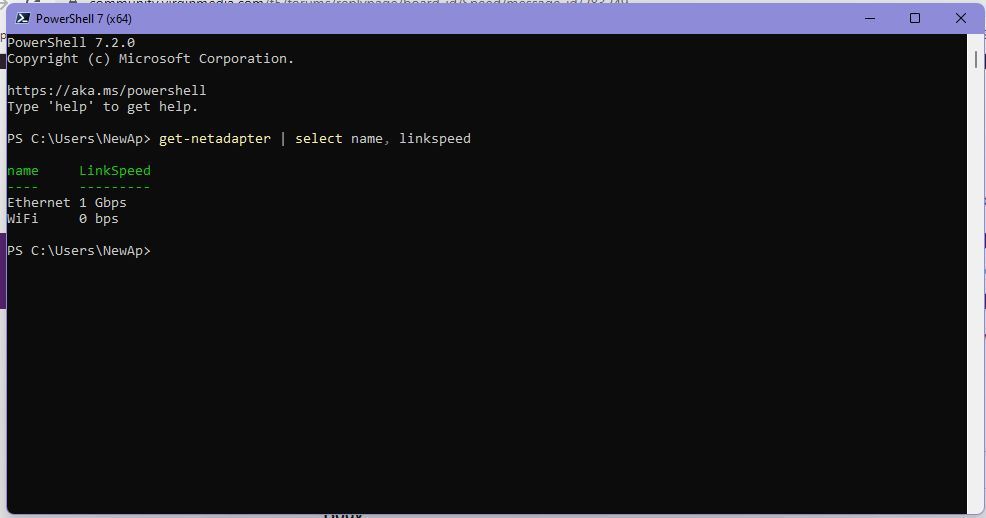 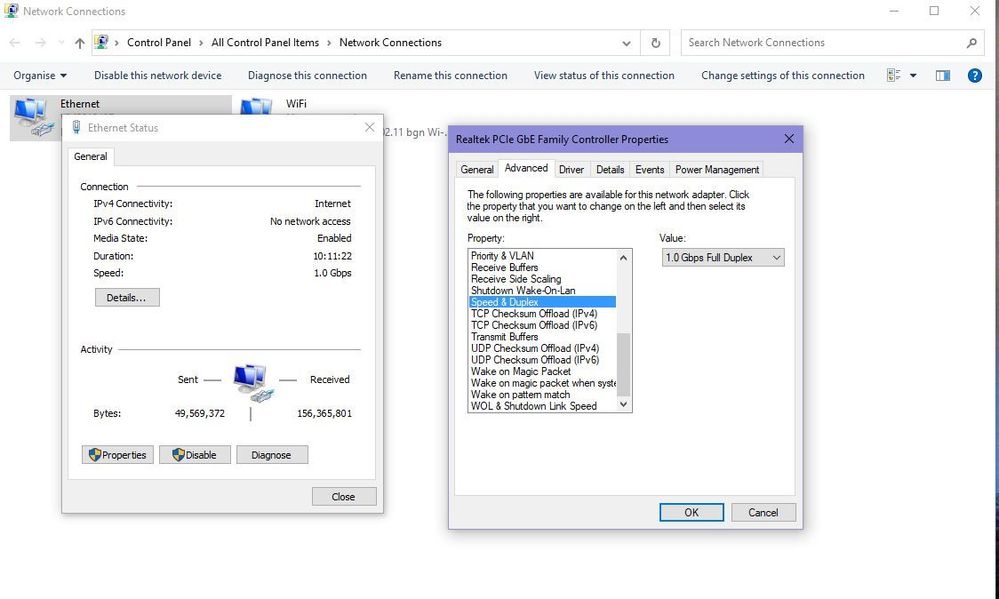 The do's and don'ts. Keep the community welcoming for all. Follow the house rules
2 Kudos
Reply

Thanks for your post and welcome to the Forums. It's great having you on board with us in the Community.

I'm really sorry to hear that you are having an issue with your speed through a wired connection.

I can see there are some great suggestions already given by our Community VIP's but we are happy to take a further look at things if you are still having some issues. I've not been able to locate your account using your forum credentials so if you do need us to look further into this then just reply to the private message I have sent you. Just click on the little plum envelope at the top right-hand side of the page to access your inbox.

Thanks for coming back to me on this via private message.

It looks as though you've only given the answer to one of the questions. I will need you to reply with all the information I asked for so I can help further.