Speedtest VM server slower than others

Been monitoring my speeds and lag/jitter for a while and have come to the conclusion that when I use the VM server in Speedtest, the result is almost always slower than using some of the other providers listed. It was very frustrating to see my line speed so slow (relative to 200MB rating) and VM have sworn blind that there is no fault. They then provided a Wifi Booster Plug which has helped make things more consistent even though signal was never really the issue.

I will include my download stats from the Hub for your ease of mind but I monitor them too and only once have they really highlighted an issue when one channel had a signal of 0.7dBmv and a few were 4,7+ (highest was 5.3).

I will also include a few tests run in a short time to highlight the "issue". My connection seems to be capable of 160+Mbs but via VM seems to range from high 40's to mid 90 but mostly 72Mbps to 85Mbps. I have seen 160+, 180+ and even once 201Mbps so the connection/equipment etc are capable of this at times but mostly less than half.

Top one is using Mauritius Telecom, Then Redraw Internet then VM 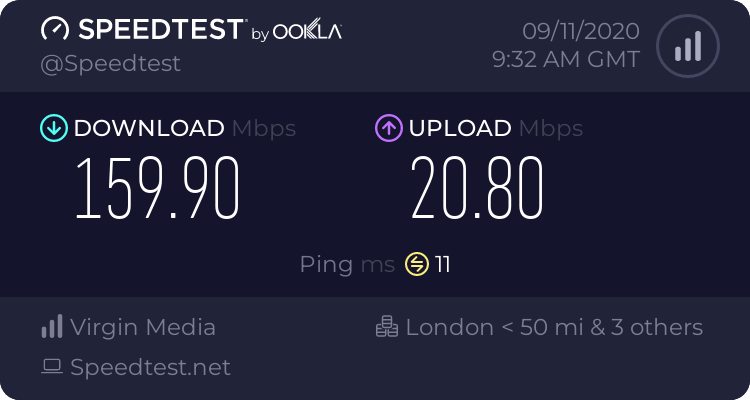 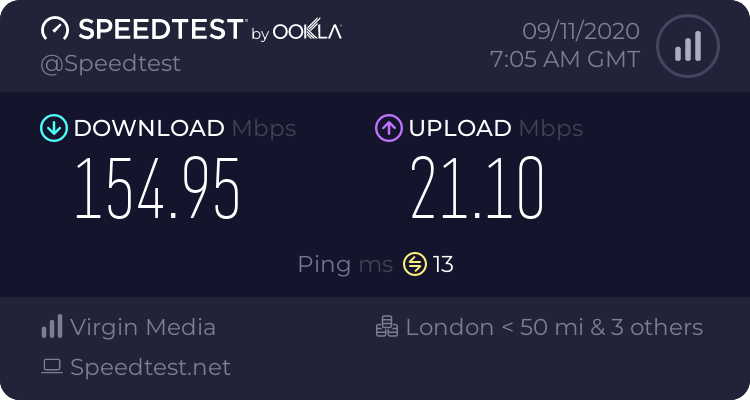 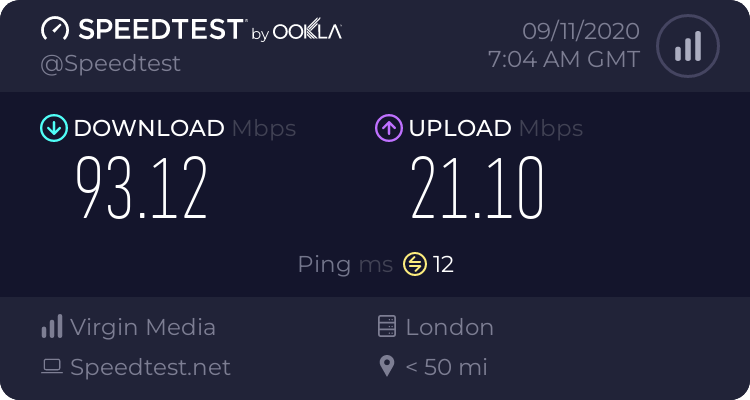 Next two in order are GTT,net and then VM: 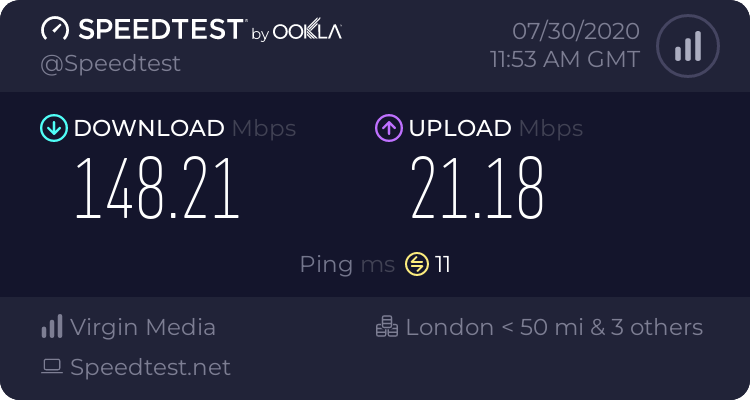 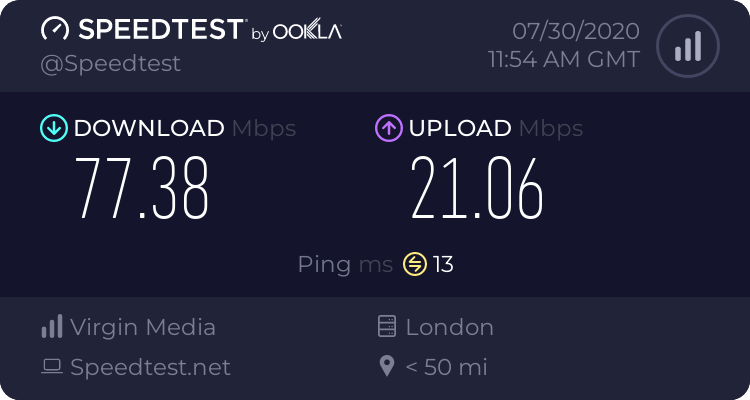 Next two are Mauritius Telecom and VM: 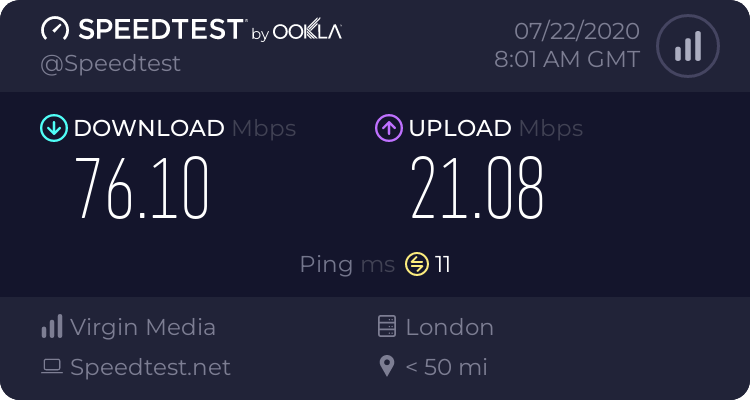 I have more examples going back to 13/03/2020 but that should give ytou an indication of what I am talking about. Two tests done with minutes of each other with way too much variation. There are couple the other way but VM<Others is the general rule. I would imagine that all speedtest traffic has to go through VM servers so I am struggling to understand the discrepancy.

Virgin no longer host speedtest servers so if you want a consistant speedtest use fast.com with a wired connection
1 Kudo
Reply

OK. I tried it. Faster than using VM via Speedtest and slower than some of the other providers. Will use them for a few days and see the results.

However, still trying to work out the inconsistency with the Speedtest results.

Dont test on wifi speeds. Test over a Cat5e (or better) ethernet cable connected directly to the Hub - test at speedtest.net to your nearest VM server - what does that get?

I have to test over wifi as that is how I connect. I am not expecting 200Mbps over wifi rather a figure over 100Mbps and a consistency of approximately 10% so approximately 150Mbps (75% of rated maximum) with a range of 135Mbps-165Mbps.

Bearing in mind that my PC does not move, the router does not move and in fact over the last 6 weeks I have had a powerplug adaptor sent by VM and fitted about 4 metres away, my speeds have not noticeably increased despite having good wifi signal of -49dBm  to -52dBm on 5G with the closest 2.4G signal at -64dBm and no other 5G signal present. Surely something is not correct.

And to follow up on the previous suggestion of using Fast.com, the speeds are consistently higher than Speedtest and Thinkbroadband gives me mid 80's to mid 90's with outliers at 14Mbps - 204Mbps.

I think my signal is pretty strong with a solid connection, no real cross interference yet wifi speed is less than half of what the router is capable of (bear in mind I am not expecting 200Mbps over wifi).

Am I being being realistic in my expectations of 150Mbps+-10%?

The problem with Wi-Fi is that it can be brilliant at breakfast time and useless by lunchtime and you haven't changed anything, BUT, something somewhere has changed, then you can spend hours and even days trying to find a fix for something that can be totally out of your control.

if you remove all the internal walls, electronic and electrical devices, metallic pipes and conduits and wrap the whole building in a thick lead shield you will have a good chance of getting decent Wi-Fi from a VM Hub.

Many people have accepted that the VM Wi-Fi is very poor and have purchased third party equipment that is much, much more powerful than the VM supplied kit and once set up have wondered why they waited for so long.