Hey everyone, I have the M200 package and it's been fine up until the last 2 weeks where it's been really slow. After numerous reboots and cold boots of my superhub and trying the online fault checker, there's still been no fault found and no solution. As you can see from the image below this is what I've been getting on multiple speed checks. I've tried to live chat someone but I guess it's not working at the moment with Covid-19? Many thanks for your time 🙂 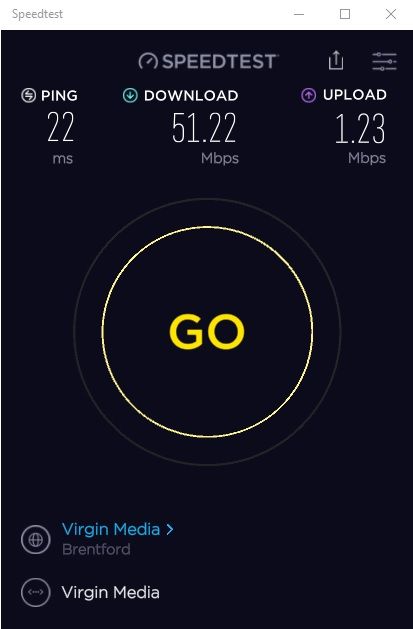 Someone is bound to ask to see your log files, upstream and downstream figures. We both know its highly unlikely to make any difference, but they wont get you an engineer until you do.

they will also ask you to set up monitoring with Thinkbroadband a BQM graph will be requested.

Once again regardless of what the graph shows, fixing it will need an engineer as you are already using an ethernet cable direct to Virgin kit.

I have the exact same issue, albeit my download is acceptable, just my upload is only running around 10% of expectation
0 Kudos
Reply

gary_dexter
Alessandro Volta
1,654 Views
Message 3 of 13
Flag for a moderator

Please post the Network, Upstream and Downstream logs from the hubs admin pages.

Please see images for the information you requested. I had to screenshot it as I exceeded the character limit. 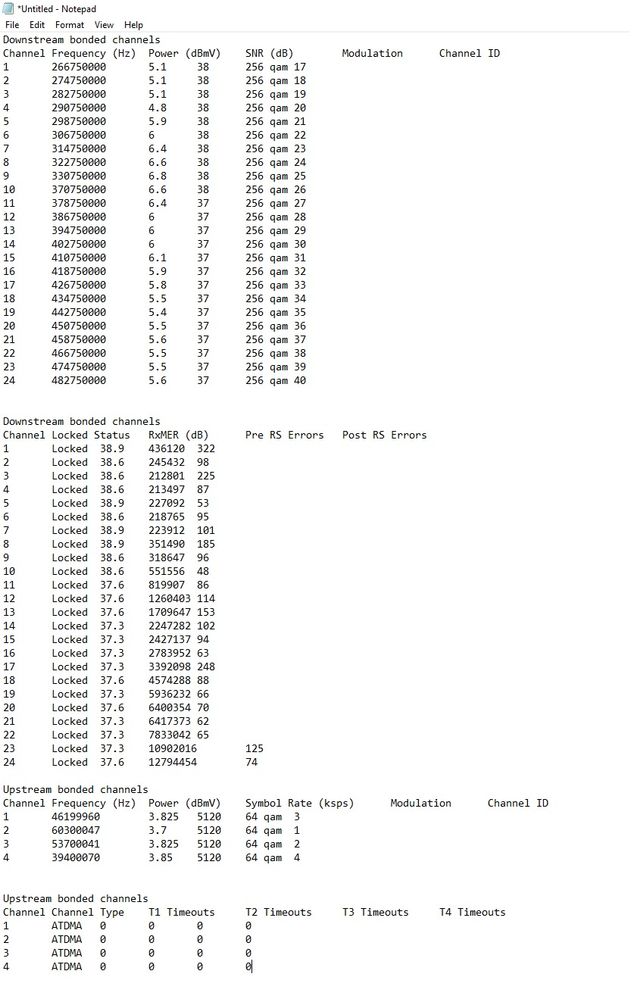 @Jimbo86Your image of the log has been rejected as it contains MAC addresses and this is against the forum rules, to protect your privacy.  If you copy and paste the log the forum will auto censor the MAC address for you.  The log on it's own should not exceed the character limit as users post them on here all the time.

Power levels posted look OK.  The Post RS errors on the downstream might be a concern if they continue to rise rapidly.

Thanks for letting me know, I didn't even think of that.

I have been able to locate your account and you are currently impacted by a known congestion issue in your area. This was raised on 1st June under reference number F008084982. At the time of writing, the estimated fix date is 30th June.

Whist the issue is showing on your account we will be unable to book any technicians - it is the hope that once the issue is resolved, your speeds will perk back up to where they belong. If you are still having issues past the estimated fix date, pop back and let us know and we can take a closer look for you.

This has all been noted accordingly on your account for you.

I've been extra patient and still only getting 80mb download speed instead 200mb, over 2 months now! 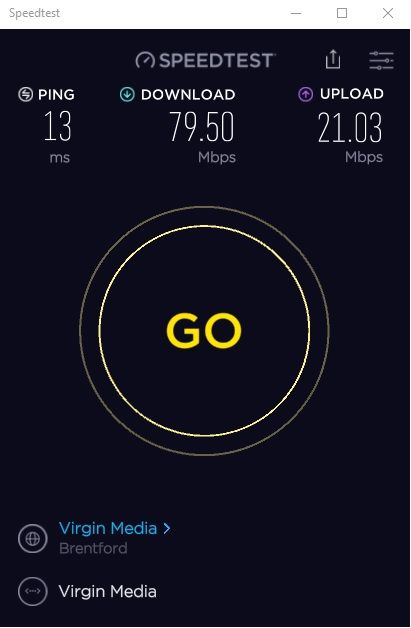 Anonymous
Not applicable
1,298 Views
Message 9 of 13
Flag for a moderator

Can you confirm that your tests are over a wired or wireless connection?

Would you mind posting a fresh set of stats, since the local area issue should be resolved?

80Mbps is a very suspicious number! It is ~ what you would get if your device was "limited" to a maximum of 100Mbps - often by using one with a 10/100 network card and not a 1GB one, or - using a Cat5 cable instead of a Cat5e or better one (or if it is that it may have "failed"), or if on wifi you are connecting just on the 2.4 GHz band and not the 5GHz one, or if there was some "software" running on there that was limiting speed e.g. QoS or Dell's SmartByte.

So it would be worth seeing if that is indeed the issue first.

So, can you test speeds directly like this. As you expect >100Mbps then connect a 1GB enabled computer/laptop, with up to date drivers, via a known good and working Cat5e (or better) ethernet cable, directly to the Hub which you have put into “modem mode”. Test at speedtest.net (not the App!) to your nearest VM server - try on 2 different browsers.

If they are still low – boot the device into safe+networking mode and try it again.

There are many posts on here where unknown software, corrupted browsers or other connected devices are limiting speeds on tests.

Report back what that gets.