I upgraded to Volt Gig1 fibre and received a Hub4. Initially, I was getting 1gig to the route however, the router was only pumping no more than 300mbps. After speaking to technical support, it was agreed an engineer would be sent out.

He arrived today and replaced the router. Whilst the engineer was at the house, we ran various speed tests (on 1 laptop, 3 mobile phones and a iPad) and the most we got even after a reset) was around 250mbps. A wired connection yielded no more than 400mbps.

Once the engineer left, I rang to downgrade as I was still within my 14 day cooling off period. The technical support agent tried to tell me that there was a detected issue with the equipment and this would be resolved within a period of time (I forgot how long this was). He confirmed that I was on the Volt Gig1 package and everything was pointing towards me receiving the speed. I was not happy with this so I spoke to retentions to downgrade. The agent told me that although I was on the Volt 350mbps previously, the 'upgrade' can take upto 7 days.

I find this explanation hard to believe. Can somebody take a look and see if anything has been missed? I want the Gig1 service but strongly feel this will not be possible. I have attached 2 screenshots below with recent speed tests. 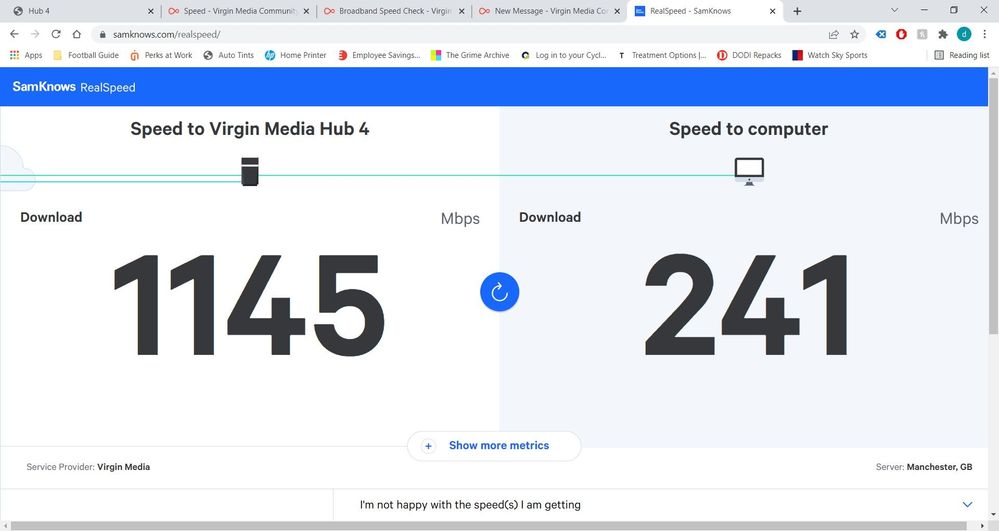 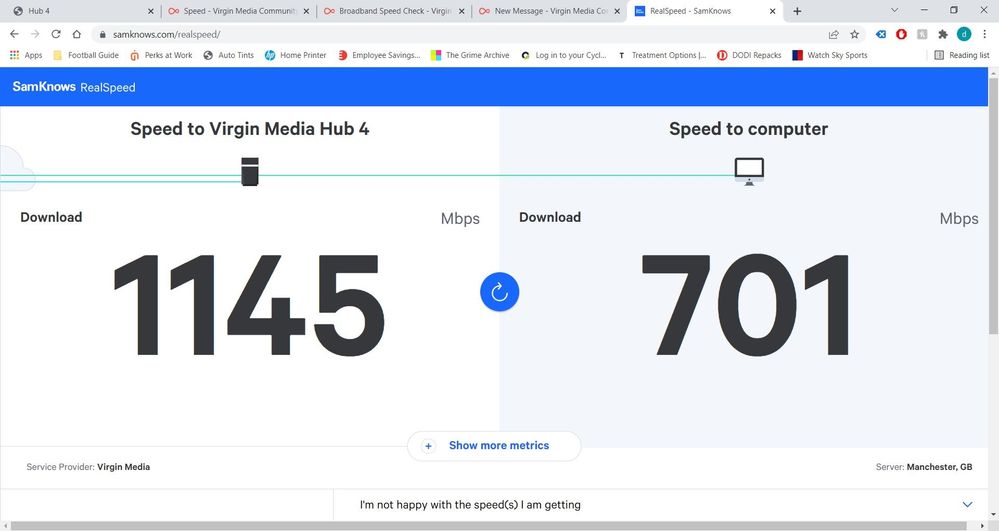 As you are getting the full 1GB to your Hub and in excess of  700 Mb wired, it looks like your circuit is performing well within expectations.

However you may need to do a wifi survey to find out why the wifi is slow.  Also as a VOLT customer on 1GB you are entitled to wifi Pods and they may help with the wifi.

The wifi speed of 241 looks more like a 2.4Ghz connection, so are you sure it's connected via 5Ghz?

Thank you for your post. I am sorry to hear you've been facing some complications recently.

As @Adduxi has explained, with the speeds you're getting on a wired connection you are getting above our Minimum Guaranteed Download speed for the package that you're on. You can find more information on that here.

There's a number of things, however, that you can do to try and improve your wireless/Wi-Fi speeds, which will vary on the devices that you connect to the Wi-Fi connection along with how many devices are connected at any one time. Please give these Wi-Fi tips a whirl to see if they help at all.

If you still wish to downgrade your package for any reason then please get in touch with our retentions department on 0345 454 1111 (or 150 from a Virgin Media landline) to discuss your options. I'm afraid we're unable to carry out package changes from here on the forums.

Keep us posted with this.