Not getting right speed

Had Virgin for a few months now but never been able to log on and get the contracted speed of 500 Mps, mostly around the high 200's and sometimes creeping up to the mid 300's.

Yesterday the intnert connection failed for the first time but was only down for about 1 hour in total, so not to bad really. But when it came back up i ran a speed test as pages seemed markedly faster and found the connection speed topped out at 660 Mps, before settling down to 550.

This morning we are back down at the mid 200's again which is dissapointing.

Virgin are obviously throttling the connection speed, anyone else find they are consistantly getting half what they paid for ?

Don't know if it is connected but the wifi speed is slower too.

How are you doing the speedtest is it either wired or wireless, wired is always the best option, as VM do not guarantee a wireless connection

Can you please post your network stats from the hub
Open a Web browser (e.g. Internet Explorer) and enter the address http://192.168.0.1
Note: If you have enabled Modem Mode on your Hub 3.0 you will need to use 192.168.100.1 instead.
Posting the stats by copy and paste will remove all personal information so no breaches.
Do not login but click on where it says "Check Router Stats" and then copy and post from the following 4 tabs, Downstream, Upstream, Configuration and Network logs (if they are pasted then all personal information is * out) and we can check your power level, also while you about that can you please go around and check that all connectors to VM equipment are hand tight. Also while doing this please check for any damage to cable, or un-terminated connection without either coax or a terminator.
Also please run "Check service status" at the top right of this forum and call 0800 561 0061 to check for local issues.
Also one think you can do is too signup at https://www.thinkbroadband.com/broadband/monitoring/quality and setup a broadband quality monitor which will keep an eye on you connection by sending a small amount of data to the hub asking if it still on.

Test is done on a high spec desktop with a wired connection to the router throught a giabit switch.

Also tested on wiress devices to get wireless speed.

No reported issues in area apart from one yesterday, and all connections are tight and no damage i can see.

Screen shots below are requested.

My simple mind tells me that if i can see 660 Mbps one day and then 250 the next morning, my "system" is capable of running at 660 without issue ? 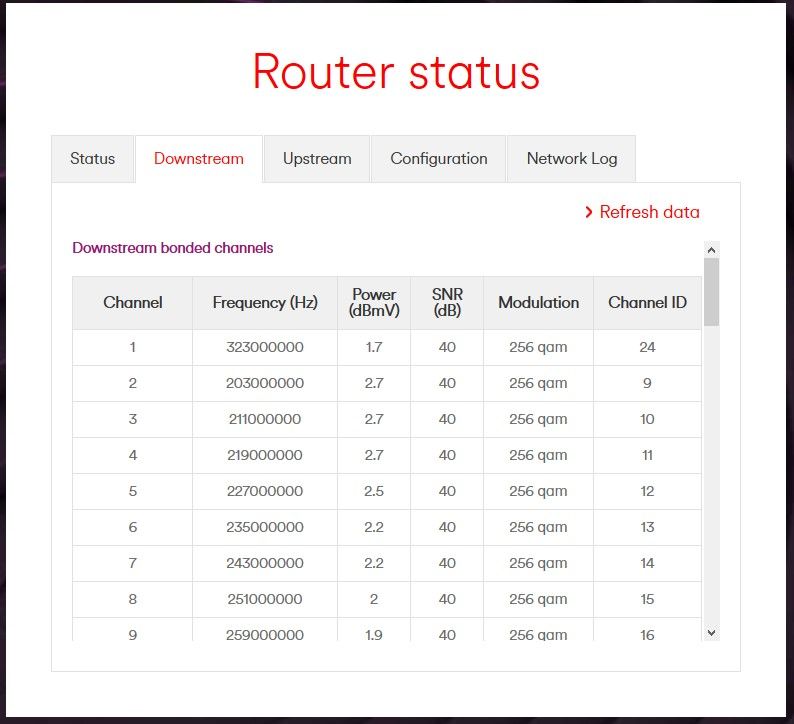 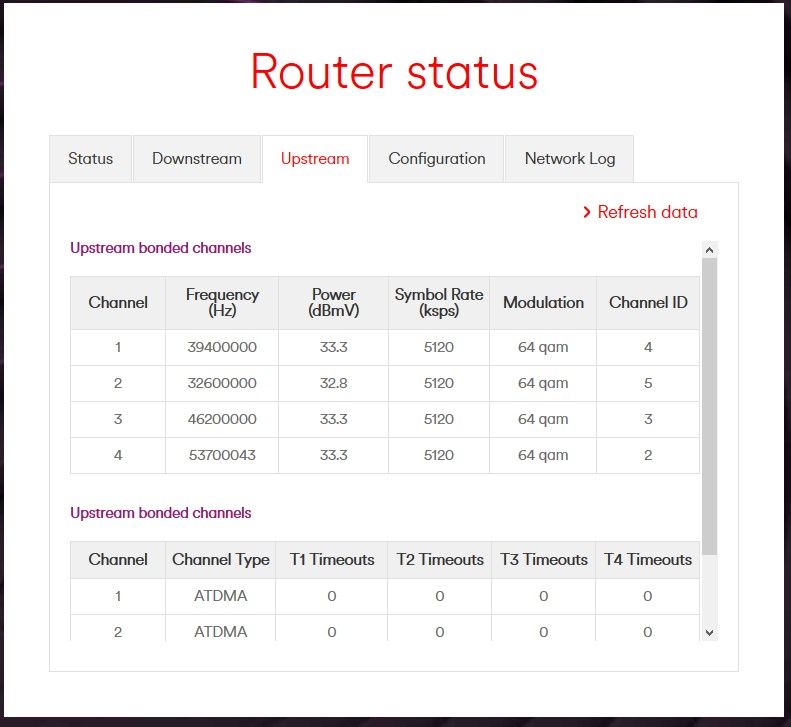 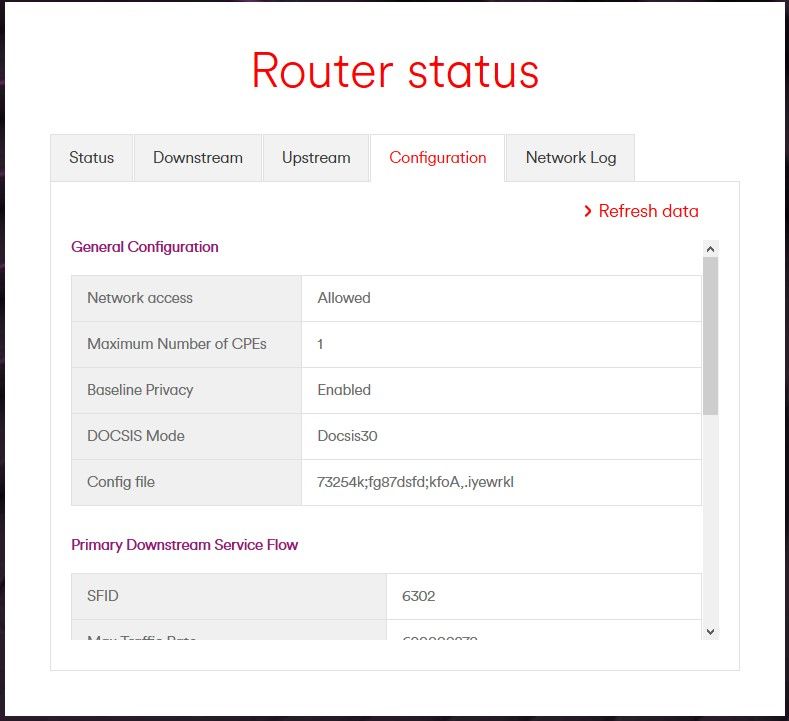 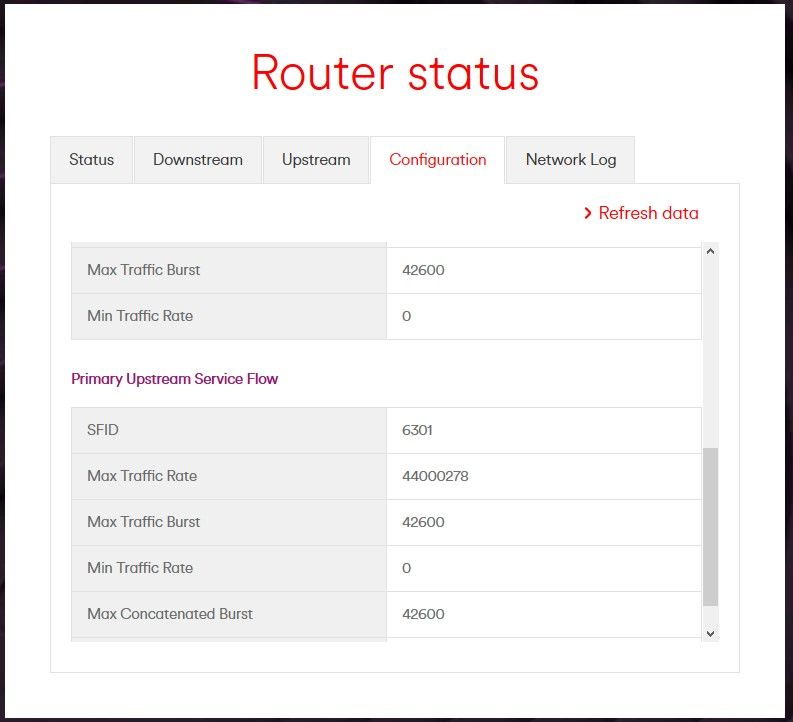 And if this helps, these are the wifi settings advised and set up by the engineer who did the installation. 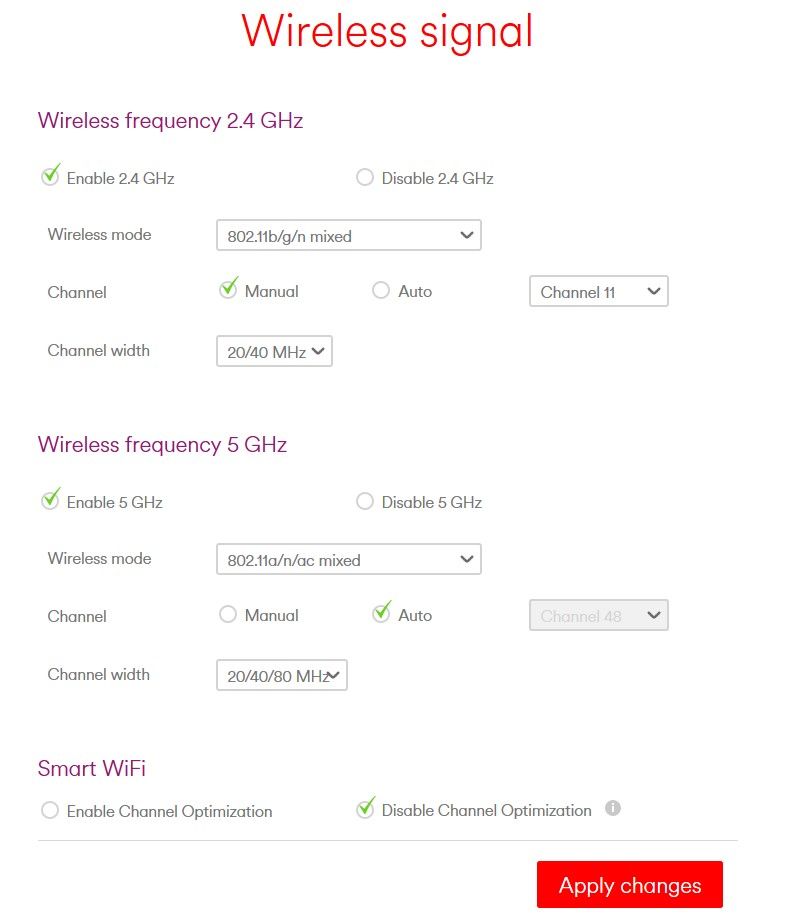 The mac address will get stripped out by the forum software.

Can you do the same for the Downstream, Upstream and Configuration tabs please, the screen grabs are missing a lot of data.

Based on the number of errors in your Network log, within such a short period of time, yet the other stats don't look too bad, this clearly shows an issue with the line, congestion maybe (VM don't throttle btw).

Could you please create a BQM (Broadband Quality Monitor) here, and post the live link?

Your upstream power levels are a little low, however not sure if this is part of the issue.