We recently upgraded from M500 to M600, and just out of the blue to do a speed test, I am not getting anywhere over 100 down, on speedtest or SamKnows.   I get 40 up just fine, however if I speed test it seems like it will hit 110ish then drop to about 80/90 and it feels like its capped there not going any faster. 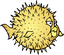 You've given precious little information to go on. What machine did you test on? What OS? What network card? Wired or wireless? Network setup? Modem mode or router mode? Etc...

Based solely on what you've said so far, I suspect you're on a wired connection and your NIC (network card) is negotiating at 100Mbps instead of 1000Mbps (gigabit). If you're on Windows, click Start > Settings cog > Network & Internet.  Once there, select 'Change adapter options', which will open a window of all your connections/cards. You'll likely be looking for the one called 'Ethernet' with no red cross next to it. Right click it, and select 'Status'. Once there, the 'Speed' should say 1.0Gbps. 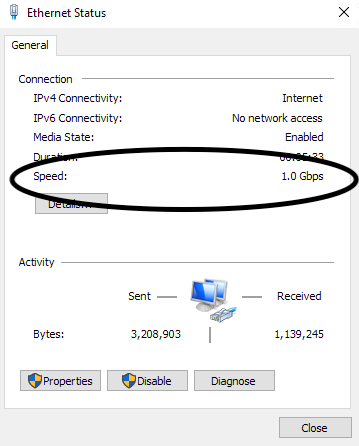 If it says 100Mbps you need to suspect a broken/dodgy Ethernet cable (the one connecting your device to the switch or router), or less likely a problem with a port at either end or a driver issue. Use a different cable and test again.

Of course, if you're posting this from a 15 year old netbook (remember those?) with a single core processor and a spinning rust hard disk, you may just be maxing out the potential of your machine. Again, the details matter. If you're on WiFi then that's another beast altogether. While it's possible with a good setup to have reliable enough WiFi (I run Ruckus R710 for our home network), you're much more at the mercy of a myriad extraneous variables including RF interference, neighbours, poor chipsets, sucky drivers and so on. Basically, don't use WiFi where you expect speed and stability - retest from a wired connection and then decide whether you have an issue.

Apologies!
It is a computer connected with Ethernet directly into the Superhub 3, The motherboard has a 2.5gbps Ethernet port, Intel l225-v chipset , I do know that the connection will only be 1gbps to the router as that’s all the router will take.  It is not being linked at 100mbps, it is definitely connecting at 1gbps to the router.

It’s like there’s a download cap at the 80mbps range. This happens on the desktop in speed tests or even my iPhone 12 Pro. If I go to work and do a Speedtest on the business Virgin router it flys, come on and it does not break the 80, and it’s not like a struggle to get the 80 it shoots there on all devices and stops at the 80mbps area.

Do speeds vary by time of day?  Your posted status data was all looking acceptable, but the BQM looks like a congestion fault on your local network, but you'd probably have been subject to that before your upgrade.

Also, look in the hub's status page, there's a tab called "configuration" - what is the number for Max Traffic Rate in the section titled Primary Downstream Service Flow ?

Right.  The Max Traffic Rate is correctly set - I was wondering if it had been mis-set, but it isn't.

Based on what you've said, I'm out of options. I'd suggest you report it as a fault under the minimum speed guarantee - don't be fobbed off by any garbage like "too many wifi devices", "faulty etherenet cables" etc

Have you tried a full 60 second pinhole reset?  Remove all ethernet cables from the Hub and depress the reset switch for 60 seconds and release.  Do NOT reboot the Hub, just let it do it's own thing and it will reboot in due course.

However, do not do this if the factory set passwords on the bottom of the Hub are missing or illegible, as you will need them to access the Hub after the factory reset.