So since I joined Virgin, I have been having Latency issues, the Engineer came out and replaced the OMU as he said it had an orange LED, he replaced it and it went green. I have been keeping an eye on it as that didn't fix my ping issues.

Couple of days later I looked at the OMU to find the LED is Orange again on the New Boostral he installed, could there be an issue with my Fibre?

Hope someone can help me here, as Virgin Tech support cant seem to find an issue. 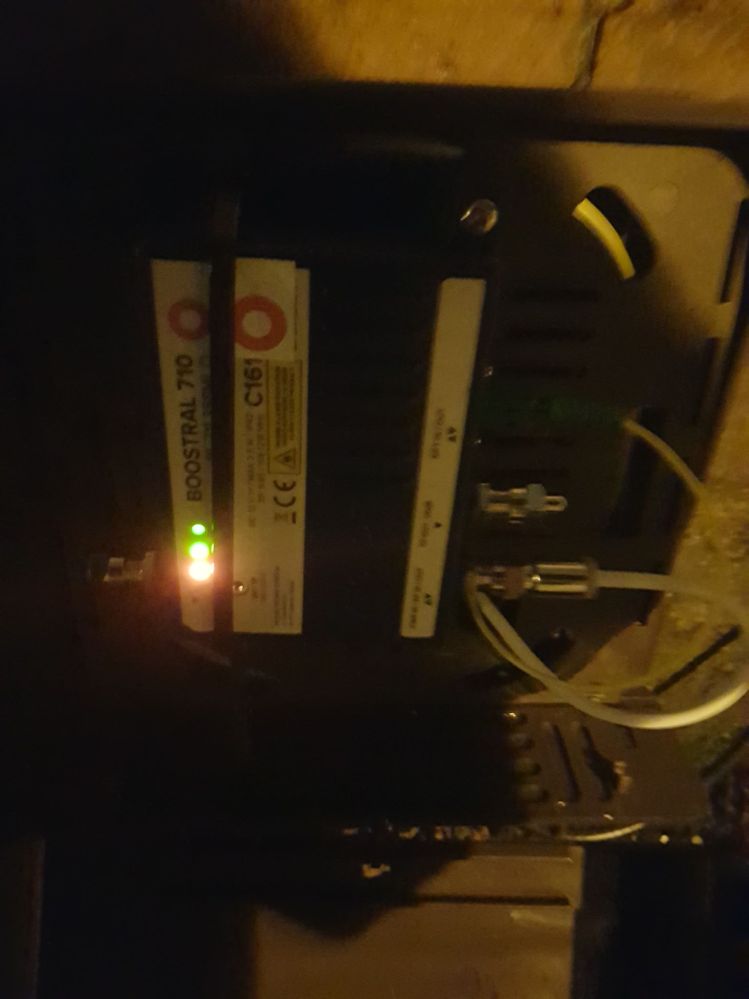 It is a Solid Amber light, doesn't seem to flash, however the Engineer told me when he replaced it, it turned green again but now it is back to Orange.

Here is my BQM (Ignore the giant red block, stopped reporting when I tried Modem mode with a router.)

However the little red line at 3PM was actually a drop out.

Solid amber light is normally low light from the fiber,  Flashing amber is high light levels.  It should be green

So what can I do about this? the Boostral has already been changed once and the engineer advised they will only changed the boostral once, so I imagine the issue is with the fibre its self? also they have coiled a HUGE amount of fibe in the OMU box outside, like I'm talking 30-40 loops of Fibre, very excessive if you ask me.

Hi, I now seem to be getting sync errors in the network logs, the Hub has not been switched on or off, as you can see this issue doesn't happen all the time, however I have contacted Virgin yet again who have advised it has been passed off to second line.

Coils in the back is normal as the fibre comes in set lengths and the excess is coiled in the back.  There is no real loss in that short lenght of fibre so as long as not damaged or kinked should be ok.  Maybe a network issue wilt low light from the cab.  An engineer would need to come out and check light at cab and at ONU and identify the cause

Ahh ok, Well I asked Virgin for an Engineer but they just said they passed my case to level 2 tech, I am going to call them tomorrow for an update as it was Thursday they told me this, and I haven't received anything back.

What also makes me think it is my line, is my TV keeps getting errors too when I am trying to watch live channels, I have tripple checked every COAX connection in the house, so the problem must be between the house and the cab, as this is my second boostral box, they replaced the boostral 610 with the 710 but still the same issue.

Engineer said he was going to call me 2 days after his visit which was last Tuesday and he hasn't called either.

Will say what they say tomorrow.