Does anyone know how to contact the pre-install team without going through the diabolical generic customer service phone line?

I was supposed to have cable laid 3 days ago but no one bothered to turn up or to inform me they weren't going to attend.  My Vodafone account was switched off the next day - I couldn't get them to stop as it had gone through.

In times of a pandemic and we're working from home and it's my business that is at risk, this type of service is a sham.

I would have stayed with Vodafone but it would take as long to set me up again as a new customer as it would be do go through the pain here.

Thank you for the quick reply.

Actually this was the same number the generic customer service line gave me as they finally passed me to the pre-install team.  I asked for a number in case I was cut off.  This, sadly, is another generic number as I was cut off and had to call it, only to go through the whole sorry sequence again.

Fortunately Vodafone customer service is much better and they gave me a complimentary unlimited mobile SIM so I could at least keep something going - like email.  Not much use when I need highspeed download and uploads.

Thanks again Mike for the quick reply

So I called VM again. Waited 30min to get an answer.  After going through all the details again, I was transferred again to the pre-install team.  I don't actually believe they know what they are talking about.

Going deeper, I asked are both teams coming that day to lay the cable then install inside the house. Yes, she says - but she says it is just one team that does it all. Then after more questioning she changes her answer and says it'll be two teams but she won't tell me if 'ground team' will come before the 'internal team' comes.  Logic says yes but on the 4th the internal guy came and walked away as there was no cable. So I'm not convinced.

Just to say I am now without any broadband thanks to Virgin's massive **bleep** up.

So...finally connected to customer services again via the number above - as I said, different number same crap.  There is no way to get to the pre-install team directly.  This guy now says he can't connect me as it is too late! I've now been trying for 2.5 hrs!!

This guy now tells me only the ground work will be done on the 10th.  They will then set the date for the rest to be done! This could take weeks.

If anyone from Virgin is reading this please help.

I'm at my wits end and now looking to other providers as your service is the worst I have ever come across. 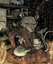 Re: Pre-installation nightmare - still no luck

Has anyone contacted you from Virgin customer services, is the problem resolved?
Think they must be very busy after those black Friday deals and Christmas coming up etc.
0 Kudos
Reply

Re: Pre-installation nightmare - still no luck

Hi,  sorry but no one has contacted me at all.  I'm feeling like a mushroom.

I got the order well before Black Friday but that won't make any difference I don't suppose.

No virgin. No communication - love that from a telco

Although at the end of the 14th, they did email to say they weren't coming and decide to bump me to the 4th Jan !

This is feeling like one of those cars built at 3pm on a Friday.  You just know it's going to be a lemon.

Vodafone now saying they can't reconnect me for 2 weeks although that would be sooner than the 4th.

No one takes responsibility but passes to someone else.

Should I stay or go?

Should I stay or go?

Only you can answer that question...