I recently moved into a property that had  disconnected Virgin cables and outside (grey) box.

I am a new Virgin Media customer and when the installer came I pointed out the old box was damaged. Its in such a state that its being propped by a piece if wood and a brick, and is exposed to the elements.

My service has been connected fine but the old damaged box has not been replaced. I was told that it's an old metal one that needed two people to lift but was not told they wouldn't be replacing the cover.

How do I go about getting this resolved? I tried the useless autochat bot and wasn't able to be connected to an actual person. The last time I called Virgin on another issue I spoke to several someones (being passed around departments) with not the best English and the call times clash with my working hours so would like to avoid wasting another hour on hold to not get a resolution.

Post up some photos of the box. A VM person will get here in a day or so and take a look and seee if it can be sorted.

As you are new to VM - are you still within your 14-day cooling of period and so you can cancel the whole service with no charges - so you would be in a strong bargaining position.

Have have you got a picture of this box?  I'm thinking its an external lockbox rather than a small plastic omni box and will help the forum team resolve.  Lock boxes are not carried on the vans so they will need to arrange differently

As suggested pictures of the box.

That it will need another visit to replace the box isn't a problem, but I am a bit annoyed that I wasn't told the box hadn't been replaced or secured in any way.

If the technician had mentioned it, I could have phoned Virgin to arrange a new box. It wasn't until I left the property in the eveing that I noticed the external box hadn't been replaced. 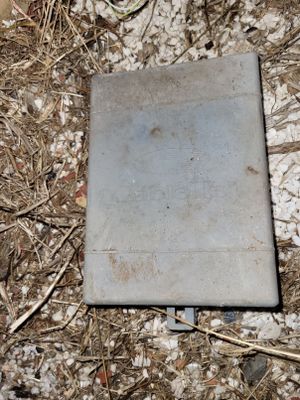 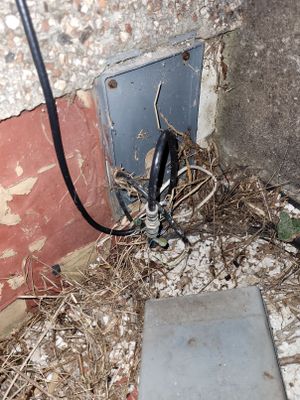 If a member of Virgin could contact me to arrange for this to be replaced that would be great.

Not sure what the "it's an old metal one that needed two people to lift" comment referred to. I doubt repairing the box in the pictures is a job for two people!

At some point in the past, it looks like the pebbledash has been renewed and the box has been plastered over with render. The lid usually hooks over the top of the box and secures at the bottom with a cable tie.

Either the pebbledash needs chipping away at the top or the box needs standing off the wall to expose the top edge so the lid can clip over.

This topic really needs moving out of 'Tech Chatter' and into 'Quick Start' where the VM forum team should respond to it. One of the moderators or VIPs might do that for you or flag it here for forum team attention.

Thanks for your post and welcome to the forums. It's really great having you on board with us in the Community. I'm sorry to hear that the box wasn't replaced during your installation. We can certainly get this looked at for you.

I would like to arrange for an engineer to come to take a look at this for you.

I just need to confirm the address to ensure we are booking the visit on the correct account.

I have sent you a private message regarding this. Just click on the little plum envelope at the top right hand side of the page to access your inbox.

Thanks for coming back to me via private message with your information.

I have booked you in for the next available appointment. We cannot confirm the appointment time slot publicly, so to view this please sign in to My Virgin Media here: My VM

If the appointment is unsuitable or if anyone living at your property has tested positive for Coronavirus, has been asked to self-isolate or has flu-like symptoms then please reschedule the appointment on the same link.

Lets us know how the appointment goes.