Hi All, I wasn't sure exactly how to report this so I'm posting here in the hope someone can advise.

Team came yesterday afternoon to lay new cable to replace the existing one. It was starting to get dark while they were doing it & the weather was awful so I didn't get a chance to look at it until this morning. It's now much nearer to the middle of the garden & a small part is actually exposed on the surface in the grassed area.

The original cable was much nearer the fence as shown in the second photo below.

Not an immediate problem I know but mowing could become problematic later on & I really don't want to start messing with it myself in case I damage something.

Hope someone can advise, thanks. 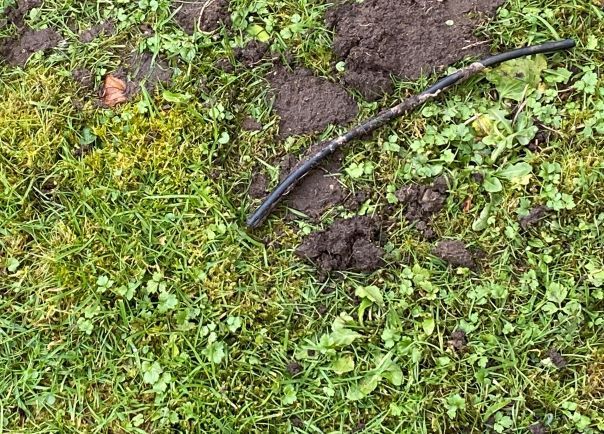 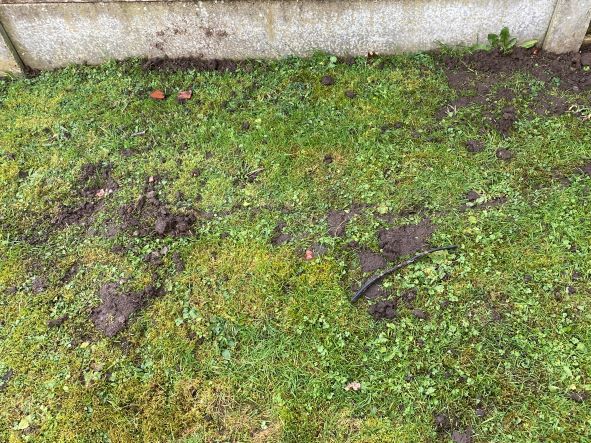 Hi sousie27 thanks for posting and welcome back to our community.

Sorry to hear that your cable is not completely nor safely buried.  I would like to help you resolve this. I am going to send you a private message.

Right, I feel such a complete idiot now. I just checked again whilst showing my son, & the " offending " cable is actually loose & left on top of the grass & just looked like it was connected. What a fool!

Just a quick note to confirm you're satisfied with the response and efforts of the forum team?  Remember if you ever need assistance in the future, our fantastic community and forum team are always willing to lend a hand.

Yes, completely satisfied thanks. This forum is so useful for customers looking for help & answers to problems. I just need to check properly in the future that I do actually have a problem.

It's much better to be safe than sorry.  Thanks for getting back to us:-)