Should be eligible for compensation.

Another day, another change to the service request date. Been told by online chat service and by phone calls on each of the last 3 days that the cable pull will 100% happen on each day.. it hasn’t. 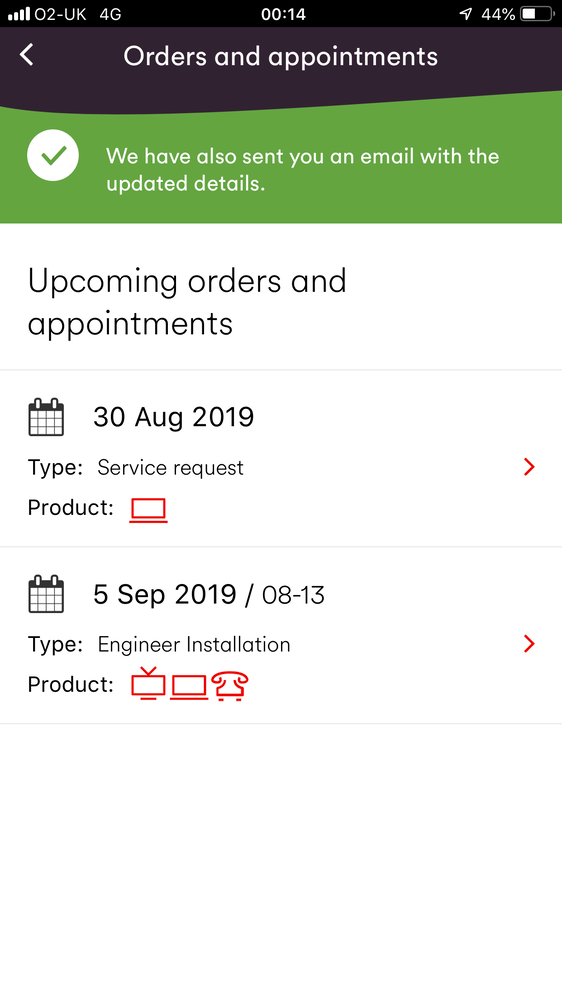 Also says I’ve been sent an email explaining this.. I’ve not received any email.

I understand that sometimes things can take a little longer than originally stated. But it’s the fact that I keep getting told different things, have been promised, reassured it will happen on this day. The following day to just have the same conversation again. Just upfront honesty is all I ask for. Not promises that the people I speak to know are never going to happen.

Sorry that the team haven't yet been out to do the cable pre pull, Is there any sign of the team arriving this morning to carry out the work?

Tony do you work for Virgin Media? If not they should offer you a job! That’s the most honest and helpful answer I’ve had. Thank you.

My worry is that it’s Virgin who can’t say this to me. The rolling date etc.. just be honest and say that. Don’t make promises or reassurances which they know aren’t true.

I’ve read some proper horror stories on here. People waiting 205 days for an install.. not being able to have it full stop etc. The only thing which makes me think slightly different to that is they were all before the compensation scheme was in place.

I’ve got an installation date. I had one of the 21st then the 27th, now the 5th of September. I won’t accept them saying it’s a provisional date. I’ve got screenshots of chats with them telling me it’ll be installed on the 5th 100%

Thank you for replying and offering me some support. I know I’m only 1 in millions of customers and it’s not a big deal to most people. But to us as a new family in a our new home it is one.

Very sorry to hear of the delay in the installation, I can appreciate this is frustrating.

I've popped you over a private message so I can get a few details from you.

Get back to me when you can.

Hi Alex, thanks for the message. I’ve replied

its the install day tomorrow. Had a text from Virgin telling me an engineer will be out between 8am and 1pm so I’ve booked the day off work.

Still no activity regarding the cable pull though so I’m concerned about it. Hopefully it’ll all be sorted tomorrow. But like I keep saying, I’ve read so many stories about installations going wrong.