I called up a month ago as this is still driving us crazy. We were told that everything looked fine even though it is not.

I am on the 100mb system and am sometimes getting speeds of under 1MB!!!

These are screenshots I have taken over the last 10 mins.

It is making streaming Netflix and BBC impossible let alone trying to work from home and conference call or Skype.

Before I called last time we were very happy with the service. The router has not moved and is not near a fish tank.

I believe there is a problem with the router and the wifi output although when I hardwired a computer into it a couple of days ago I did get 70 which I would be happy enough with but speeds of under 1mbs I may as well go back to an old dial up modem!!!

All readings taken on the same computer from the same seat within minutes of each other over a period of about 10 mins. I cannot count the number of times we have had to reboot the router over the last month!!! Driving us crazy and not in a good way.

I think there must be a problem with the router itself as all was fine until a month ago.

I have many more photos taken showing the speeds over the last month if needed. 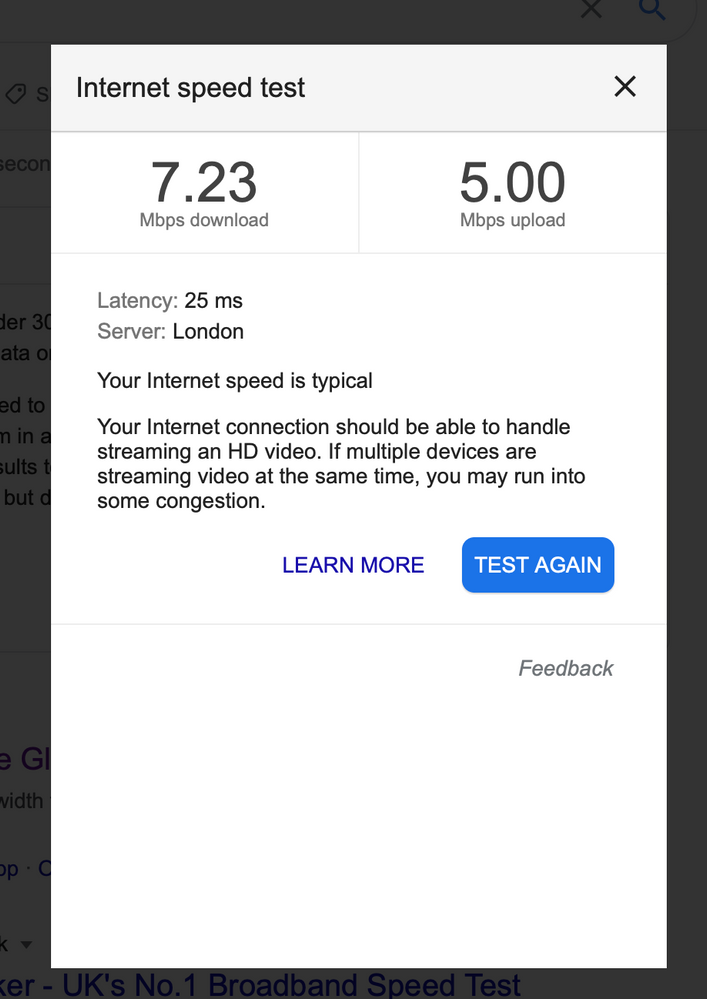 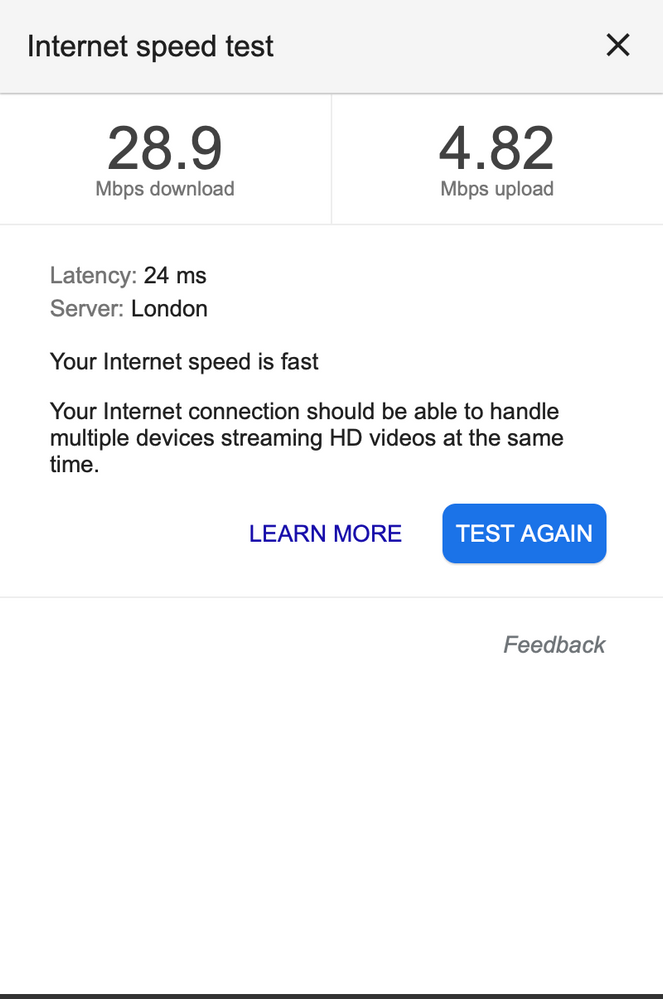 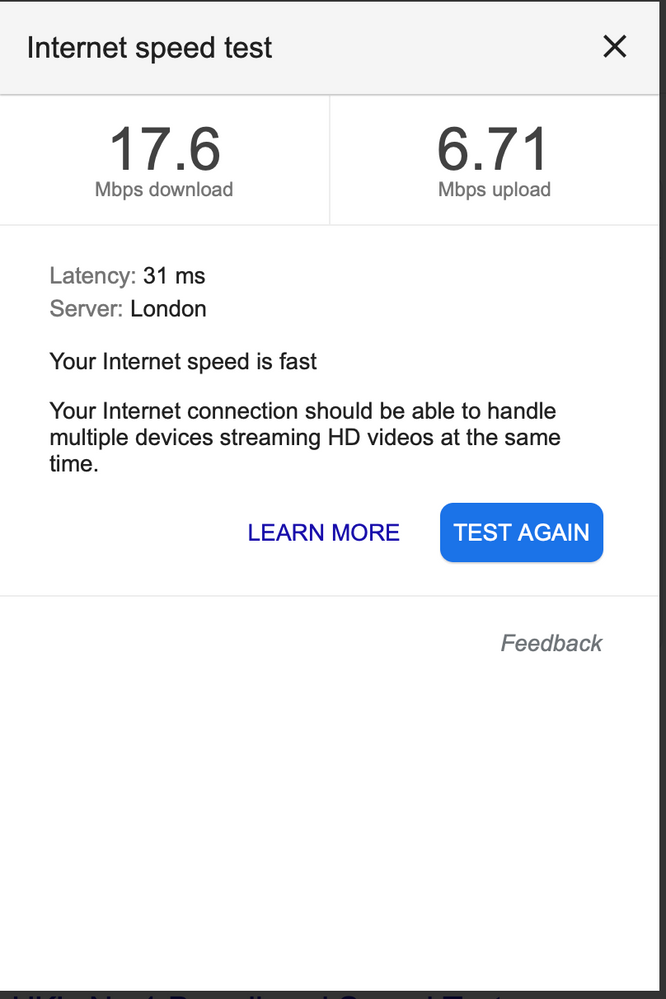 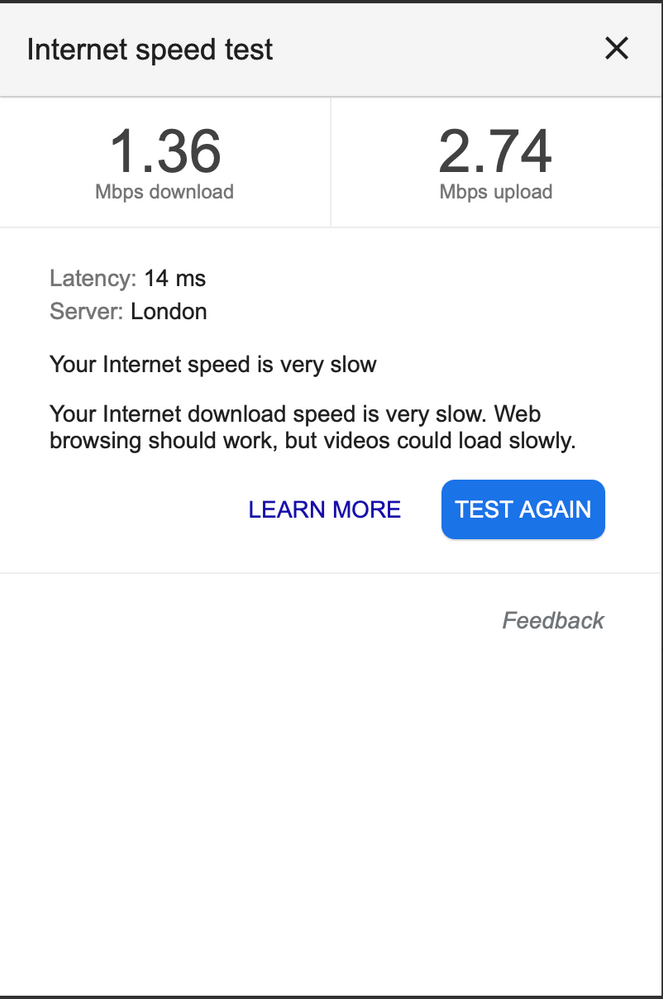 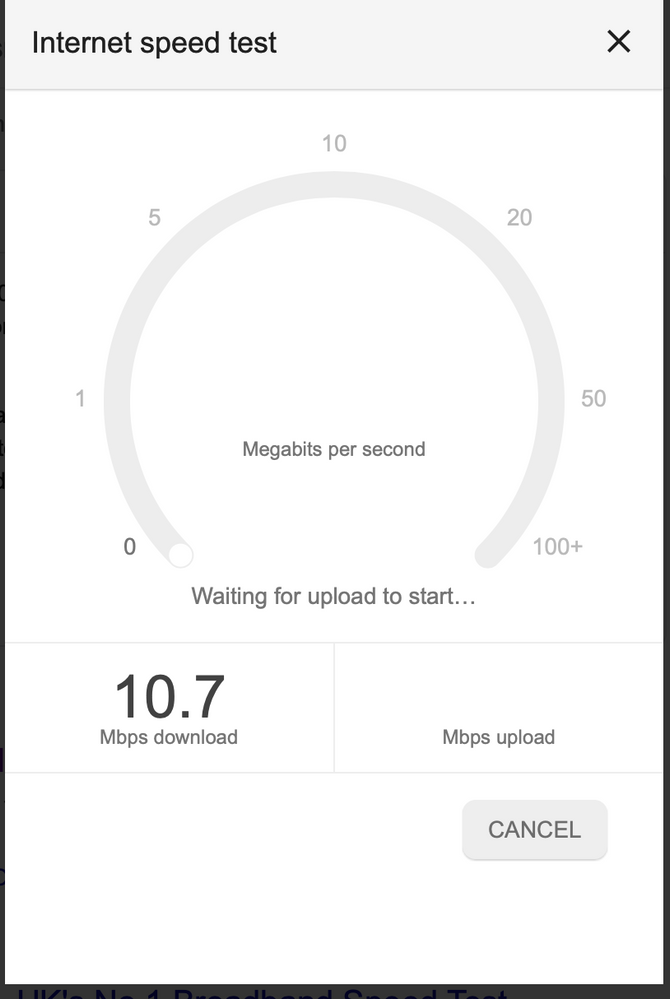 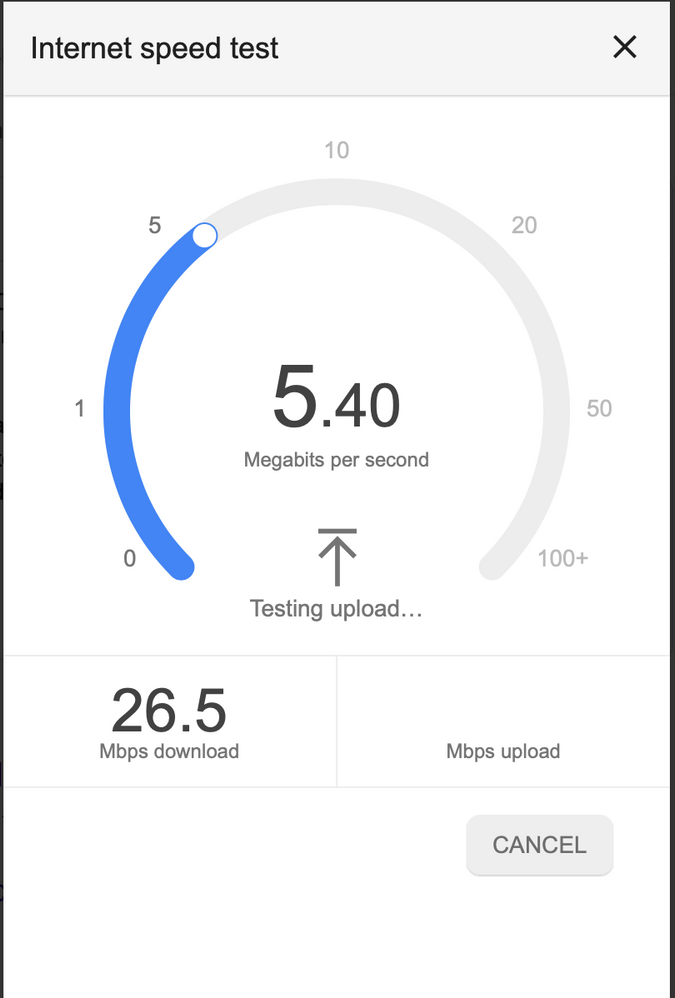 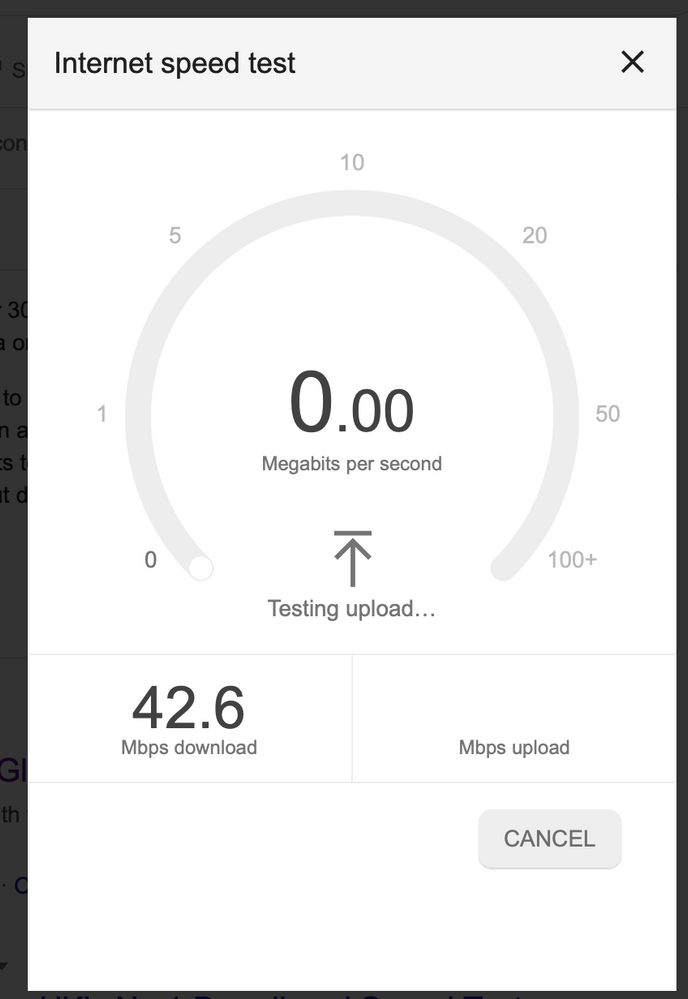 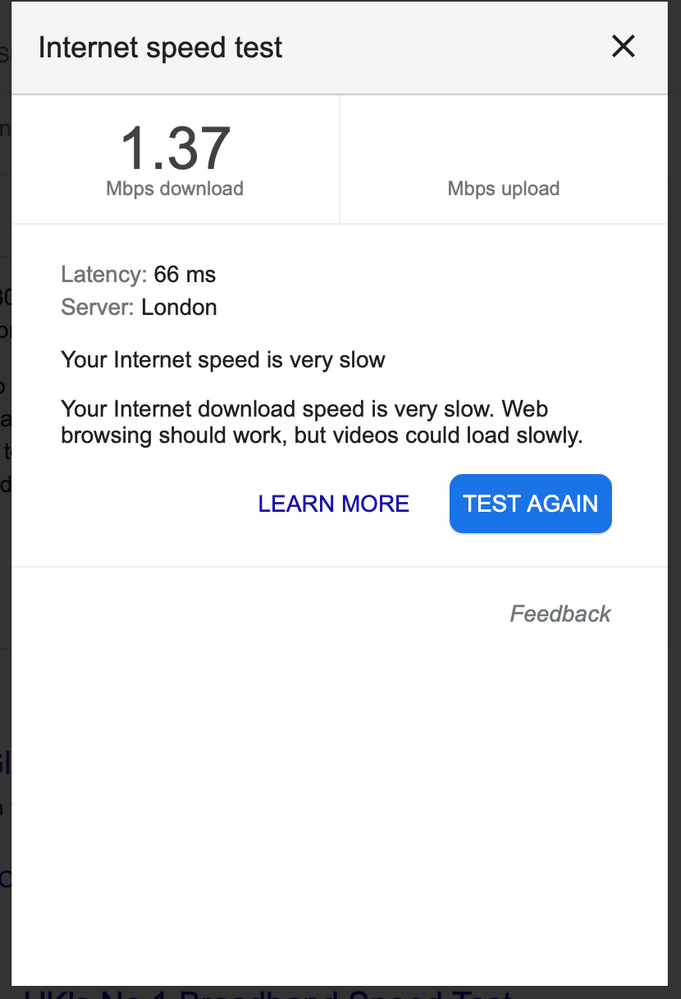 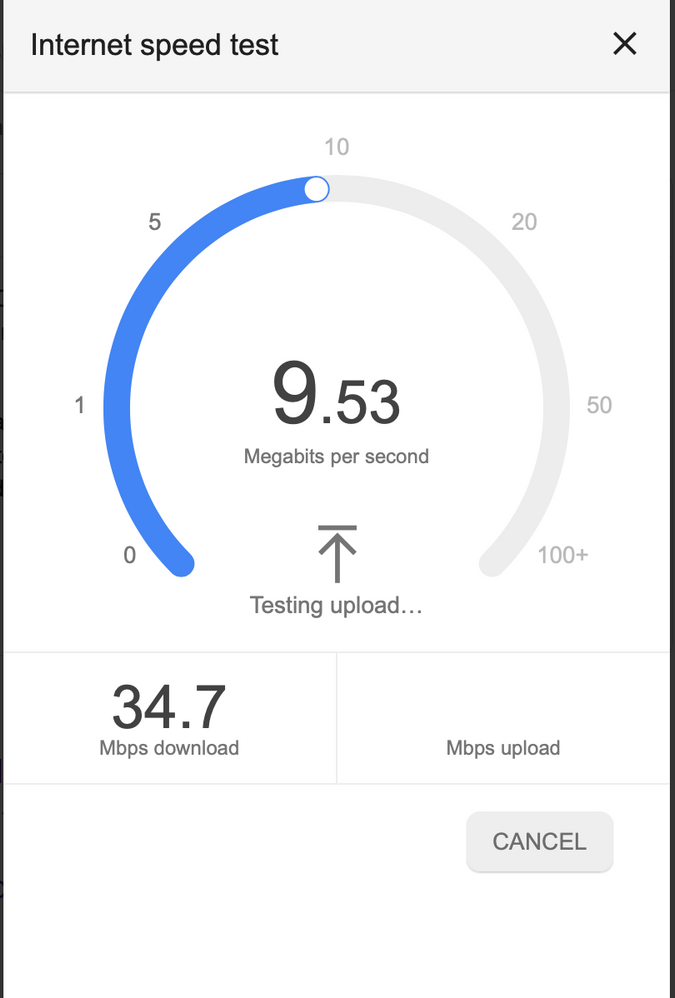 While it is possible that the VM hub has developed a fault it is difficult to prove it, unless it stops working altogether.  Just because your equipment hasn't moved doesn't mean your wireless environment hasn't changed.  As the lockdown started about a month ago, when your issue started, it is possible that your neighbours being stuck at home has changed your wireless environment and your speeds are being slowed by interference.

Have you had a look at this sticky post from the top of this board?

If you don't have have one already I'd suggest downloading a WiFi analyser app to see what your local wireless environment looks like.

For working from home it is always best to have your desktop PC or laptop wired in to the hub for stability.

Hi, Slower I can tolerate but speeds or around 1 or 2 mb is just hideous.

Just had a look at the router status and it seems the router is having a number of Critical Errors although I don't know exactly what they mean.

Do these shed any more light on the issue?

And thank you for your time. Unfortunately it is not possible to hardwire a computer in where the modem comes in to the house.

Not all messages in the log that are labelled critical are critical.  I'm not an expert in interpreting the logs but the only errors that seem unusual to me are the ones on the 27th and only the 27th.  If they were related to your issue then logically they should happen every day for the past month not just one day.

You say that wired speeds are OK which suggests a wireless only issue and wireless errors do not get recorded in the network log.

You haven't said if you looked at the link I posted and have tried to improve your signal.

If your hub is not in a suitable place for a wired connection you can use powerline adapters.  These use the electrical wiring in your house to create a wired network without the need for long cables.  They are rarely as fast as the manufacturer's claim but are a lot more stable and less prone to interference than wireless.  Some powerline adapter reviews here:
https://www.techadvisor.co.uk/test-centre/network-wifi/best-powerline-adapters-3490638/