Sold contract under false pretense -- Where can I go now?

[EDIT] I may have missed out some info as this has been such a long dragged issue. I will provide as much as I can if any suggestions or questions are posted that spark anything 🙂

First and foremost, apologies if this isn't the completely correct sub-forum to post in, but the amount of time I've spent reiterating this story to phone support staff likely counts into a couple of days in total and I'm at the end of my patience before seeking legal representation.

This is a very long story 🙂

I've been paying off contract fees for the M350 w/ Phone-line pack for the last 3 years, so in late May of this year I called the UK-based retention department to inform them I would be paying off and closing the existing account (which was in my mums name), so that I can create a new account in my own name so that I can negotiate a new contract for M350 with no Phone-line make use of new customer pricing, which was £38 at the time of my initial inquiry, compared to the £55-70 I was paying previously, depending on line-rental fees (which was usually minimal, hence the wish to remove this from the new contract).

The staff member I spoke to on the day advised that this is perfectly fine for me to do, however I would incur up to a weeks downtime while the new hardware is sent (despite already having the Hub2 and lines already laid and functioning), which during the pandemic and other family members working from home would have caused major issues, and advised that I can do the same by filling out an account transfer - At the cost of £20, no down time and the chance to negotiate the new contract at new pricing, and I would be given the chance to arrange a different package before the new contract commences.

He sent over the form, I read through it, it mentioned the £20 transfer fee and that was it. No other fees or arrangements were mentioned. It did mention that you're entered into a minimum term contract, though given that I was informed there would be a chance to negotiate a new plan before the contract becomes active, I continued.

A MONTH later, at the beginning of July, and after a few calls to see if the new account is ready to access to negotiate the new contract - No, it's not. But to get it ready I need to transfer the Serial Number of my router from the old account to the new one, so we go through that and it's done. I'm then told that the new account will be ready within 24h. The following day I receive some post from Virgin; The new contract, which still a month later I have refused to sign. And it has the wrong name on it, which I found amusing seeing as I filled out my own name on the new account!

The new contract outlines the new fees - £60.50 a month... More than I was previously paying to start. I call them up immediately to bring up that I was told I would be given new contract pricing, and that I would be given a chance to negotiate a new plan before initiating this contract - I'm told that the new contract is live (more or less) the moment I sent over the account transfer form.

Ok, so, the member of staff fed me some seriously false information that I now have to pay for. Fair enough. I ask for this to be cancelled, which is met with a very firm no. I state everything I was told before filling out this form, and they say that it was incorrect. So again "I say that I've been miss-sold the contract and there's now nothing [they] can do?" - "Yes, but what I can do is see if we have any discounts we can apply". I state this isn't a good enough resolution to the problem, and again say what I want, and what I expected based off of the info I was given, and I have the same response, I hang up at this point as I was fuming and decided to end it there and sleep on it.

The following call took me just over 5 hours:
Having slept on it I called the following day, sat on hold for 45 minutes to the retention department, and asked to speak to complaints, I was transferred to the outsource Call Center - Tech Support, who obviously couldn't help. So they transfer me to the Billing department - Who proceeded to claim that my security password I provided was incorrect (The same security check I'd successfully gone through twice already), and straight up refuse to help - And refuse to escalate me to a manager or supervisor who has some amount of authority to help with my particular issue. Admittedly, at this point I get quite heated, though collected, because the gent on the line was being incredibly snide and short with me. And so follows another 45+ minutes of hold time! Another girl from Tech support picks up the phone, I again say this isn't a tech issue, you can't help me, can you transfer me to someone who can. Again, I'm on hold for about 20 minutes, at which point my handset dies, so I call back on my mobile -- Another 40 minute wait for the retention department.

I explain the problem, again, and ask to file a formal complaint, stating I feel as if I've been taken advantage of, lied to, and had my time seriously wasted. This is filed, I say thankyou and leave it there, understanding that it can take up to 28 days for them to address it.
End of the nights 5h phone call.

The UK call center have done nothing but tell me things that contradict with the last person I spoke to, and have acted as if they just want me off the phone, and to just "accept" that this is where I'm at and have to pay. The outsource Call Center have been nothing short of insanely rude in their handling of this issue and I now do everything I can to avoid my calls being directed there.

So now I'm waiting for a response about the complaints, checking my emails every day, watching out for any post to come through. And then the months bill comes through, and again, my blood begins to boil.

Outlined here are the various fees and such - This includes £22.36 I owed from the previous month, which went unpaid while I was hashing out some serious stability issues with the company, but that's a whole other story!

So, in this bill, I'm being charged the £60.50 for the package, £2.27 in line rental and the £20 transfer fee I agreed to pay. However, what again, was never explained to me, either by staff, or in the account transfer process, was that I'm now also being charged £42.35 for "adding the package to the account". The package I was already on, which only required the routers serial number to be transferred?? For a pack I was promised I would be paying £38 (with no installation fees) for??

I call again, and put in another complaint, and clearly explained that I'm not paying this. This was not what I'd agreed to, and this was not what I was promised. The same "it'll take us 28 days" schpeel so I leave it there.

On the 27th of last month, getting impatient and concerned as the due date is now right on top of me, I give them a call and ask for an update
"Oh yes your complaints have been assessed and a response letter is already in the post. You should receive it in the next couple of days" but the staff member apparently can't discuss the response with me, so I say whatever and wait for the post.8 days pass, it's now the 4th of August... Still no letter.
I called today, and demanded an answer, the gent on the phone has a look over the account, and I presume he's able to see all the info regarding the complaints and where we can go from there, as he says "Give me a minute, I'll go and get my manager" and puts me on silent hold. I was on silent hold for half an hour while he did this, and comes back with some options:

I ask about the existing, ludicrous, bill they expect me to pay, to which he claims that "yes there appears to have been a serious communication error, but we're willing to waive the early cancellation fee for the existing contract" (I should F-n hope so).

I've asked for some leeway on these offers, so I can look at pursuing other means to get out of this, and to leave this here to see what other customers may think, and any staff who may see this.

I will say I expect the existing fee's to be waived, as I should have never been made to pay the extortionate amount they wanted in the first place, given that their own staff wrongly advised me of taking this route. If this is declined, I can take the issue to an independent agency such as the Financial Ombudsman Service and inform them that my desired outcome is that my Virgin account is closed and the contract cancelled, as I refuse to remain a customer of a company so willing to treat a customer this poorly and offer little to no recourse.

Are the FOS the best to handle this, or are there any other suggestions?

They get paid to lie, or paid from lying. It's a real shame but facts

They get paid to lie, or paid from lying. It's a real shame but facts

it's also a fact that people post utter nonsense on forums. 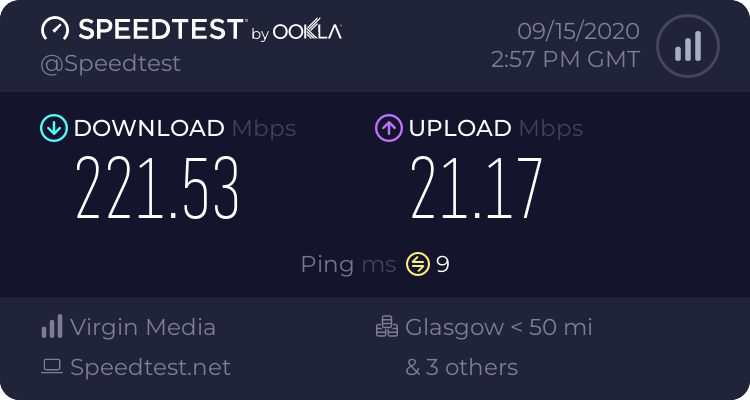 You will have to  follow the complaints code of practice https://www.virginmedia.com/content/dam/virginmedia/dotcom/images/shop/downloads/J3085_Code_of_Pract... before you can escalate to CISAS, as CISAS will not deal with until either 28 days are up or you have a deadlock letter from VM.