We installed the Hub 3 in June in modem mode via Asus AC86U, since then our service has been poor and today it ground to a halt. So we have nothing

The Hub when in router reports there's a problem. We only have a yellowish light.

This is part of the readout before the modem died

Attached is message when in router mode

Re: No internet connection

Unplug the Asus and put the Hub back to router mode. When its settled post up all the data from the upstream/downstream/network logs sections.

Re: No internet connection

Thanks for quick reply, but as I said we took it out of modem mode already hence the screenshot at the end which is from the hub in router mode

We have spoken to Virgin and they can see us at their end but our hub/cable can't see them. 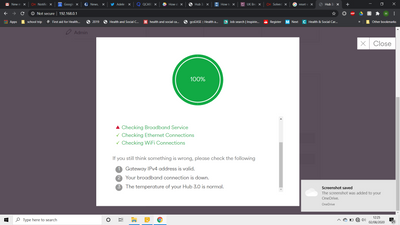 This is the upstream after we did the first network test above (based on a hard reset) but we still had no Ethernet or Wifi. 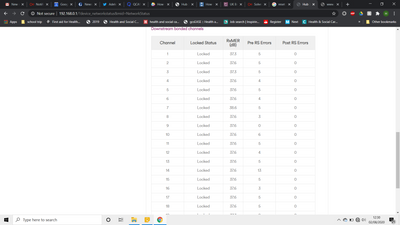 We have our old hub 2 and tested that as well (hard and soft resets and with two separate laptops) and we cannot get Ethernet or Wifi either.

This is ping test (as don't have a downstream picture) 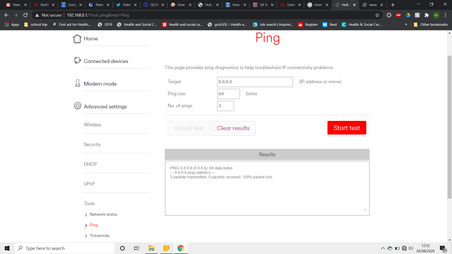