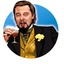 Could someone check these hub 4 download and upload channel and signals if they are ok, as speed issues are worse on hub 4 after swapping out hub 3 to see if it would fix the issue, holding out for hub 5 😕 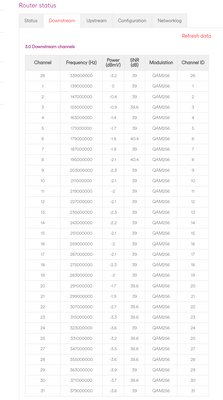 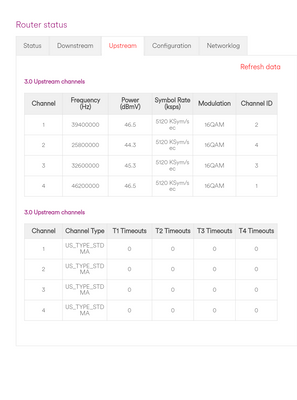 Can you please copy and paste the text into your reply.  Screeenshots are hard to read IMHO.

For you information in the meantime, DS should be between -6 and +10 and US between 34 to 51.  Also PostRS errros should be zero.

The problem (among others) with the hub 4 is that the firmware is buggy and often decides to show 0 pre and post RS errors across all channels when such is thing is almost impossible to achieve in the real world - so realistically you can’t trust much of what it says.

What it is showing is a noise ingress issue though, the downstream 3.0 channels aren’t too shabby, the upstream is struggling and the downstream 3.1 channel is too. That’ll need investigation by VM.

If there is a connectivity issue then upgrading from a hub 3 to a 4 will make no difference at all and neither will a hub 5 - in fact a well meaning time traveller could give you a hub 8 from twelve years in the future and it wouldn’t help in any way shape or form.

So what issues are you getting, slow speeds and unstable latency, I’d guess.

Slow WiFi speeds only, I'll have to check hardwired to rule it out.

My area isn't 1gig yet

When you say issues what do I have to get Virginmedia to investigate exactly so I can inform them, as 25th August they did maintenance in my area then again 2 weeks ago which I thought was finally 1gig in my area but wasn't the case.

Hi @TAZMANUK thanks for posting and welcome back to our community.

I am sorry for the connection and speed issues you've been experiencing recently.  I have located your account from here and can confirm there are ongoing works in your area.  I am sorry for any inconvenience this may be causing your household.

When you say works still going on they was supposed to be carried out 25th August which was first maintenance and 2 weeks ago which on both occasions we was notified of outages between 8am till around 4pm.

Nothing is showing now from here as planned works

Can I ask how things are looking now

Having issues been on 1 gig since 12 January (volt upgrade)

Anyway was ok until recently unsure if it's due to the storms we have had however the first issue was the internet would just cut off for no reason whatsoever.

I have the hub 4 in modem mode and use a Netgear orbi RBR50 and RBS50 and works flawlessly no issues.

Only way to fix this was to power off the hub 4 and also the orbi router wait a few minutes power cycle the hub 4 then power cycle the Netgear router and would temporarily fix the issue until loss of internet again which seems happen randomly.

I checked the system checked and stated no issues however after it happened again I got a engineer to come out yesterday.

As we have a few TiVo boxes and he said the signal was quite low at -3.5 they needed upping due to the V6 boxes in the house and could he cussing the issue.

He then changed the Tratec Tris 1002AENW fully isolated system outlet 5-1000mhz 0.4db block that was in the internal room white box for a cyndrical one and said the part he took out is obselete and also the part been change is bit if he changed the room white box would stick out more ?

On changing these and a reboot of the hub 4 now had another issue the upload speed was now 0.12 to 0.43kbps which was a serious issue.

He said I'd be lucky if I get a replacement hub 4 today which was in a Saturday and time was approx 1120am, no other engineer had any hubs only TV STB and hub 5s.

We did a wired test and WiFi test and both was still poor and couldn't even access the hub GUI of 192.168.100.1 and wasn't responding.

He decided to do a pinhole reset of the hub 4 which brought back the upload speeds but only for 1 hours after he left.

I contacted 150 to try get the engineer back however they was unable to contact him and was at lunch, first customer service agent was useless saying nothing they can do.

Rang back again 2nd customer agent again useless didn't even manage to log into my account even though I passed phone security said she has to hang up as I hadn't passed it when I already had.

Rang back again to be given a number for field team who tried ring the engineer again, got told same as the first call he was on lunch and nothing they can do asked to be past to complaints on the field team department.

Spoke to Sue explained everything of all events up to present, she also tried to ring the engineer and left 2 voice mails and gave the engineer 30 minutes to contacte, he never did, she rang me back dissatisfied that the engineer didn't ring me back.  She then said she would try contact a field manager to get the issue sorted that day

She rang me back saying certain field manager wasn't in and tried to find out who else and would contact me back, she never did.

Throughout yesterday my upload speeds was from zero to 0.12 to then 52 meg which I should be seeing up and down all evening.

So contacted 150 yet again first agent put me on hold for 18 minutes and killed the call, not impressed, rang again only available engineers visit is Tuesday 8-12, I said Id like Monday as sue should have booked in someone to come Monday rather than me having to chase this again and only engineer visit was Tue which I had to accept.

Whe I did gain access to the hub 4 I noticed they was 1 issue on channel 2 upload steam which was a t3 timeout error.

I'm absolutely peed off with Virginmedia customer services which I've filed a complaint.

Whatever the engineer did to fix something has effected another however with the internet cutting out the original issue hasn't been resolved.

So it's either the legacy parts he's used in the white box, something he's done in the cabinet or the hub 4 is faulty or all 3.