Recently we have found ourselves increasingly frustrated as we have been drawn in to a horribly confusing and stressful situation involving the Virgin Media customer care team and the technical department regarding.

Our initial problems started in March - consistently dropping off of the network due to slow download/upload speeds, latency issues, and packet loss.

27th April: During a 1hr 27min call, the technical support team could not rectify this issue but guaranteed that our network was not being limited or tethered. The problems continued.

28th of April: we opened a complaint, following all correct procedures as outlined on the Virgin Media website.

12th of May: we received a letter to the effect of 'we tried to contact you regarding the complaint'. It later transpired that Virgin Media had tried to contact via text message, but nowhere in this message was it made clear that this communication is from Virgin Media, hence my confusion.

19th of May: we received correspondence with a very helpful member of the team; an engineer appointment was booked, and a utilisation issue was highlighted (reference F007948973). They also noted that my partner works for the NHS and marked our case as a priority. The engineer confirmed the findings upon visit, and provided his contact number stating that he would provide an update to the utilisation issue. He then provided an explanation that our speeds would be limited and tethered due to congestion until the estimated fix date of 20th May.

8th June: I sent a follow up to our complaint, and received an automated response stating:

'To contact Virgin Media please visit our web site at https://www.virginmedia.comkd-cl-sb' . The link was broken and I had no idea if my response would reach the web team.

10th of June: I followed up with the engineer; the date of utilisation had again been pushed back to the 16th June. Almost 2 months after the utilisation issue had been logged.

I then phoned customer care again in an attempt to receive some sort of compensation. I managed to get through to a manager, Sudhakar, who provided us with £25 credit as per Ofcom's compensation scheme. Unfortunately still no solution to our on-going network issues which was becoming an increasing burden on my partner regularly works on call in the evenings during this time.

11th of June: we spoke to customer care through the text system who provided us an upgrade to the M200 service and £5 credit for 3 months, meaning our package price wouldn't change for those three months. We were also informed that this would mean our new package would not be affected by the utilisation issue.

Today, 12th June, these issues still persist, even with the guarantee stating that it wouldn't. After speaking with another team member at length through the messaging system, they were not able to establish a solution, failed to provide clarity, and stated that the utilisation would not affect our new package. Their recommendation was that the problems were due to 'backend work'. The customer care representative stated the date of completion was the 16th of June...which falls in line with the utilisation issue. We are tired of being provided with false information.

We are looking for any assistance from the agents on here as another attempt to help clear things up. 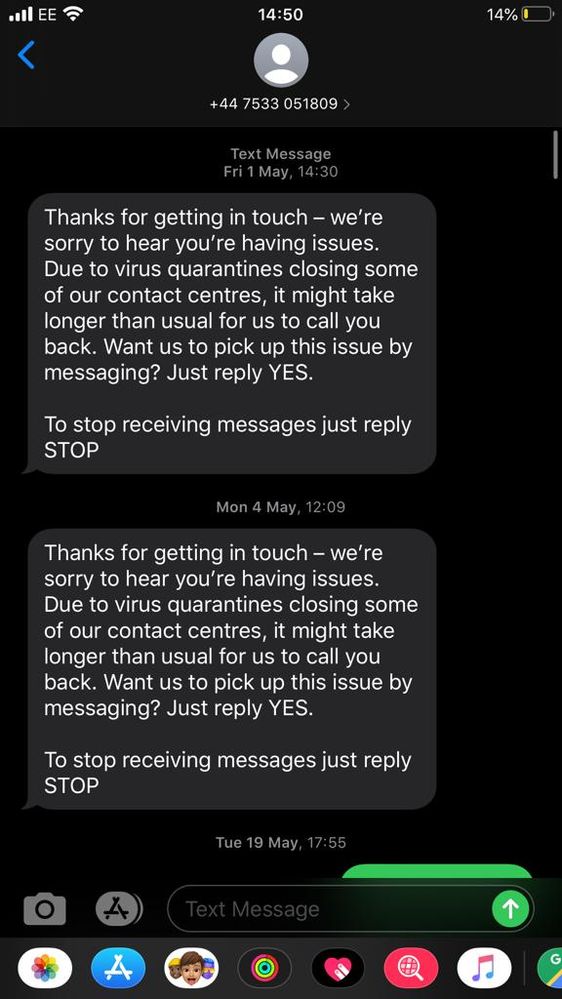 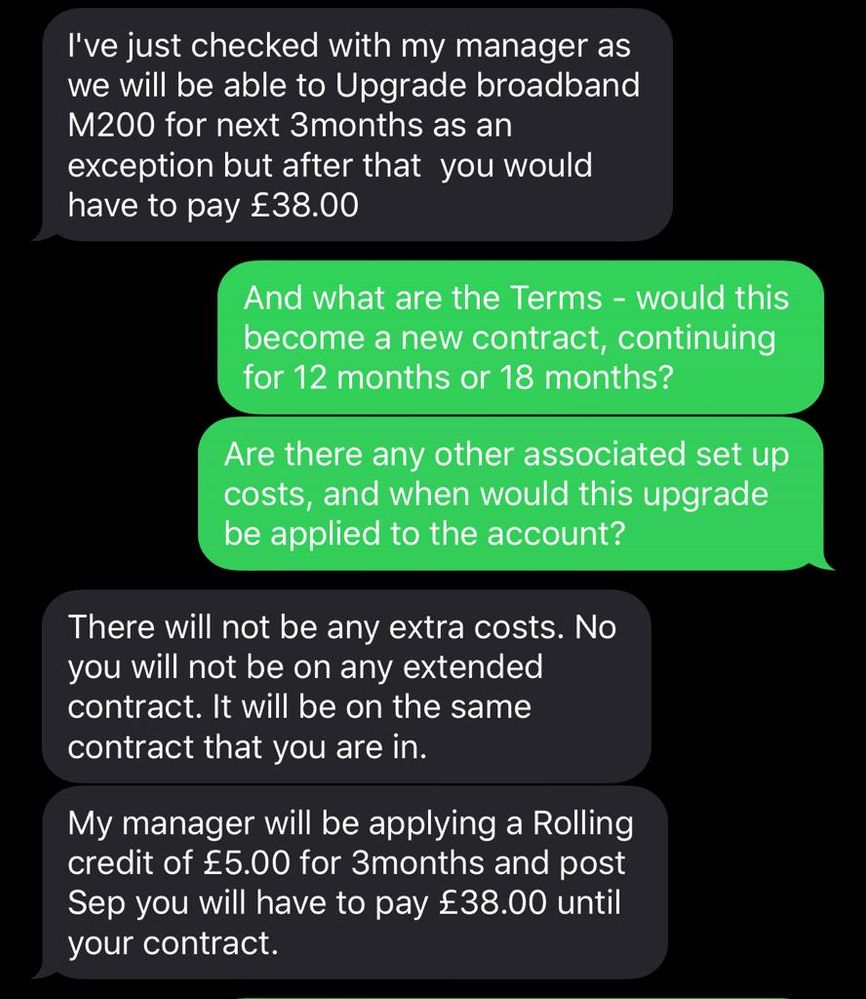