I've had 1GB for about 6 months now and yet I've never got anything close to it.

Samknows shows 1GB fine but I have two PC's and speedtest shows nothing even close (like 200MB) This is wired and wireless. Here is what is interesting.

These two PC's are very different (one is a work one one is personal) so both Windows 10 but apart from that AV etc all different, differernt brands, differernt build of Windows.

Both PC's are less than two years ago (from new)

Both PC's show wired being slower than wireless(I know right!)

All this testing is from the desk where the router is as well, so everything is just feet away from the router.

I have tried 3 different CAT cables (one that came with device, a 5E i had and another new CAT6 I just bought to get to the bottom of this)

For the wired testing I have a docking station, so I've tried through that and also direct via USB3 (into the USB3 on the PC) no big differences.

As example, I just ran speedtest on one of the PC's and it resulted in 185 download 52 upload, switched to wired (into usb3) shows 93MB 52upload.

1. Why am I not getting anything near the speed I'm paying for.

2. Why may TWO PCs (both differernt makes Acer and HP) show same characteristics of being slow over wired than wireless

Yes both PCs support 1GB.  I've checked network settings and they are auto detect so nothing is limiting it etc. in that respect.

Cable yes, yes I have tried several cat6 cables in seveal connectors on the back of the router into either the docking station (which support 1GB and USB3) or directly into both PC's have an ethernet to USB3 connector device i bought(i also bought a second of such device and showed same issue)

what speeds does the PC and hub say the port is running at?
0 Kudos
Reply 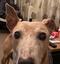 Since you have replaced cables and checked for Drivers on the associated devices I would discount the Driver Updates and Cables as root cause. Do you have a family member or friend who has a laptop with a Ethernet Port on it to test it on a different device (with a different configuration to rule this out as well)?

If that comes up with the same speeds I would post your Modem Stats from 192.168.0.1 and copy the Downstream/Upstream etc as there might be something going on with the Hub.

As a side note are you testing the speeds at any point during the day and evening and night to check that the most busy times aren't affecting the download?

If your comfortable with it Resetting the Hub 4 may be required to clear up any settings that could be causing this but be warned if you have custom settings these settings will be lost.

Boot PC in safe mode with networking and run the hub in modem mode to test your speed.

I'll carry out those test and get back to you all.

I agree I thought AV would explain the difference between wired and wireless as well but because I see the same differences on two very seperate PC with differernt AV software(and I generally don't read about AV having such a large impact...)

I entirely agree I never have thought it was the hub which is why i've gone to such expense and time with other cables etc.

I did try and bring up a Playstation 4 as that has ethernet on it, but it seems it's died.  these days most PC aren't coming with ethernet but instead USB as a way of physical network connections.

Yup that's exactly the device I'm using to connect to these two PC's as well(in fact tried two differernt ones) as well as trying them both via a Display Link hub.