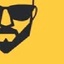 AlexanderMTTH
Superfast
1,768 Views
Message 1 of 6
Flag for a moderator

Port from VirginMobile to O2.

I have an integrated oomph package with Virgin Mobile. It would be way more advantageous for me to port to O2.

If I do, what would happened to my services? Would it go lower in price?

I also have another Virgin Mobile contract that would be way cheaper if I port in to some of the O2 offer (via some of them Money Savers Experts).

I don't know how integrated the services are yet. Do you reckon I can amend my mobile packages to take advantage of these new offers?

Thanks and regards,
Alexander

BenMCR has said that oomph SIMs are rolling 30 day contracts.

If you speak to retentions they may be able to re-negotiate your package (even if in contract).

I am about to do a similar thing with my partner, where I want to port a number from an oomph SIM (but not ultimate oomph package) and out to O2 (on my own account), BUT don't mind retaining the original oomph SIM. The oomph SIM is on partner's Virgin media account and its possible for VM to issue a new SIM with new number and keep the original contract going unchanged. In some circumstances they change your package to the next most similar if your package does not exist anymore (from T&Cs).

Getting an O2 SIM is best yourself via uswitch or moneysavingexpert as you'll get a better deal than VM doing it directly with more GBS of data and usually cheaper and in some cases 3 months of free Disney+. It will then Volt up your package to next BB tier on VM if you are below 1GBS currently. At this point your packages changes to have words like "Volt" on the broadband name, but your oomph SIM continues unless you had asked VM to cancel it. Getting an O2 SIM does not cancel out the oomph SIM.

1. Ring retentions and either cancel oomph SIM or get a PAC code and let them issue a new oomph SIM with new number (the T&Cs state this can happen).

2. Potentially renegotiate your whole package if you need to but advice is to get O2 SIM separately than part of a VM Volt deal done by retentions. A non-Volt package deal with get a speed bump for free by taking an O2 SIM anyway.

3. Get an O2 SIM using same address and account holder name as what is on the VM bill. During the checkout process it will say about being SIM being eligible for VOLT benefits. Make sure it is stated before completing!

4. Once O2 SIM arrives go into myO2 portal or app and select the VOLT option. You will get a generic message saying one of 3 scenarios. You'll likely be option2 if address/account holder is same for both.

5. Wait up to 14 days - after which double data on your O2 SIM and your VM BB speed should increase (the latter only if you DIDN'T get VM to negotiate a new VOLT package and kept to a standard non-VOLT package deal).

6. Give O2 your oomph PAC code to transfer to your O2 SIM as soon as possible after the 14 days wait time. PAC codes have to be sued within 30 days.

VM do 10Gb for £12 when they setup an O2 SIM as part of a VOLT package. If you do a standard package deal that is not labelled as VOLT and then get your own O2 SIM from uswitch/moneysavingexpert then you can get 5G tariffs such as 15GB for £8 (doubled to 30GB) or 20GB for £10 (40GB doubled). At this point your package becomes "Volt" but O2 are the ones Volting it. Uswitch is also usually on topcashback.co.uk as well so you may get some cashback for a purchase too.

David_Bn
Forum Team
1,740 Views
Message 3 of 6
Flag for a moderator

There would be a possibility that a discount could be removed from your account.

Do feel free to call our team on and come back to us, when you've assessed your options, and if you do wish to complete the porting from a Virgin Mobile SIM card

unisoft
Fibre optic
1,736 Views
Message 4 of 6
Flag for a moderator

That's only if they remove the oomph SIM, though its questionable as BenMCR said those oomph SIMS are 30 days rolling anyway.

If they port the number and asks for a new SIM with new number (i.e. keeping the oomph SIM even if not using it) then there is no change and no discount lost. This is what VM retentions said when I asked their advice and is actually in the T&C's.

AlexanderMTTH
Superfast
1,384 Views
Message 5 of 6
Flag for a moderator

I've managed to VOLT all the benefits - but not with the Oomph SIM. I had another VM number, moved that to O2 and then upgraded the entire thing via VOLT.

It was all OK in the end, but of course some salesperson "forgot" to mention some extra cost (of about £10/month) when trying to sell me another package with the O2 sim included... Of course... Which ended up in a lot of time on calls, and chat to cancel an O2 contract and to remove (not successful yet) a credit search from O2.

The idea is that I've upgraded my BB and my (brand new) O2 SIM card internet date - so all is great. Thank you for all your help.

I didn't remove the Oomph SIM in the end - it was better price-wise to keep it and use it. I'm not unhappy with Virgin Mobile, to be fair (although some features would be nice, like WiFi Calling and all that) so I ended up keeping one SIM on VMobile and moving one to O2 (which gladly was out of contract next month).

Thanks and regards,
Alexander
0 Kudos
Reply

Thank you for coming back to us and updating the thread AlexanderMTTH.